Given max-flow determine if edge is in a min-cut

We were given an exam question of: Given a flow network G=(V,E) with integer edge capacities, a max-flow f in G, and a specific edge e in E, design a linear time algorithm that determines whether or not e belongs to a min-cut.

From the grading rubric we are told a correct algorithm - I got dinged for not having the correct algorithm according to the rubric. I have flushed out my algorithm and can’t see why it is wrong. There are similar posts, but they all solve problem by running max-flow after adjusting e downwards, which is at best a polynomial algorithm O(mn) Orlin+KTR, and at worst pseudo-polynomial O(Cm) Ford-Fulkerson.

Since we traverse the tree only once this is generally O(m), although in the modifications to Gf we may have to traverse a node twice (think a straight line graph with every edge being a minimum cut) so it is worst case O(m + 2m) -> O(m) 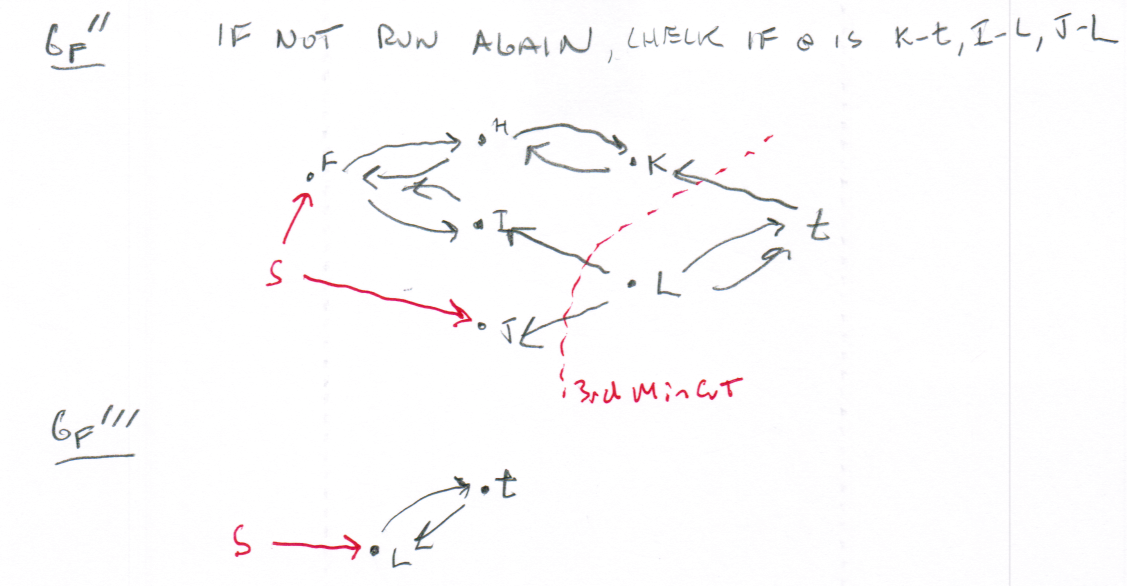 After researching more (Does Ford-Fulkerson always produce the left-most min-cut), refining my claim that the above algorithm will find every edge e that is part of a min-cut (not every minimum cut which is exponential). 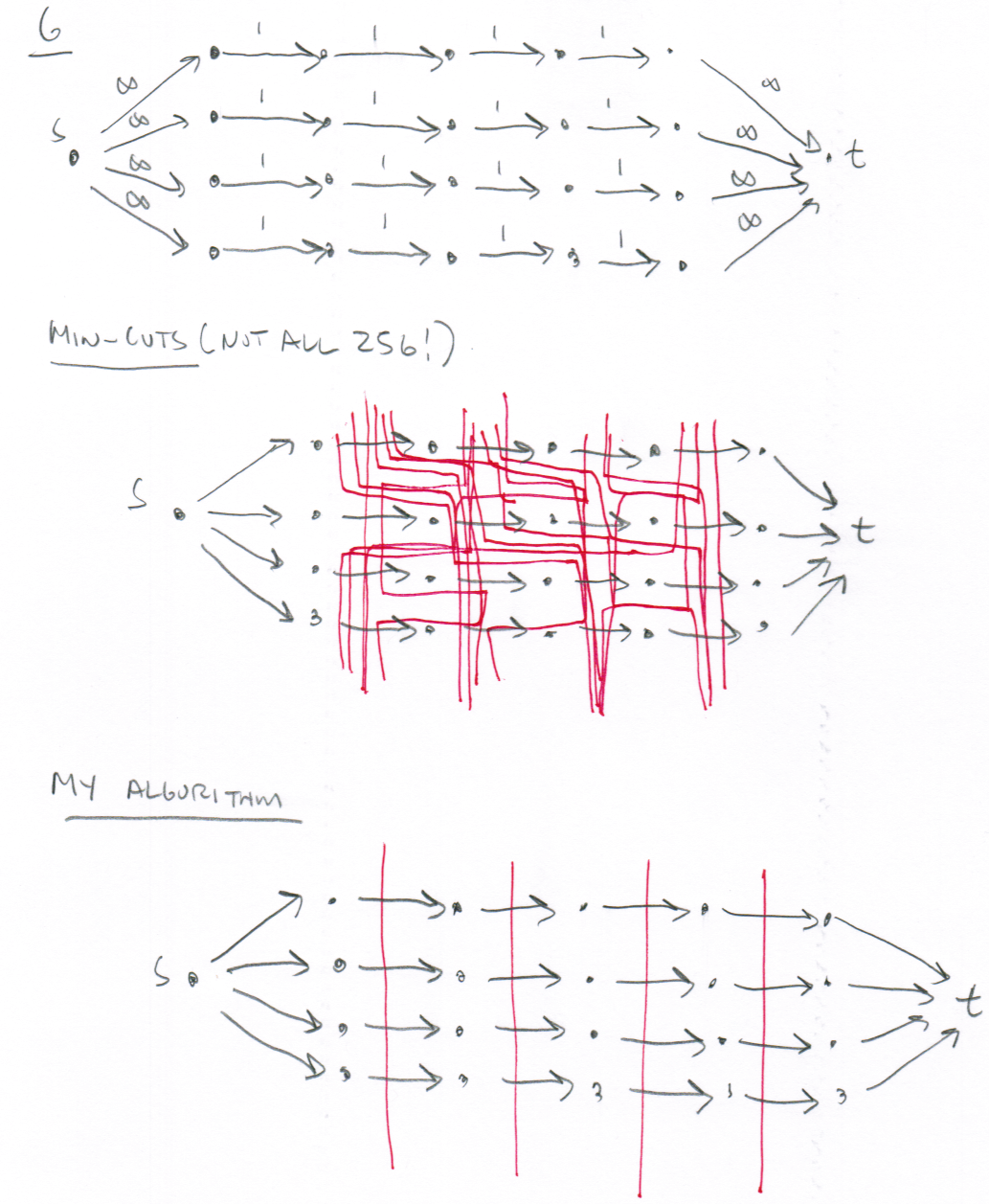 Let’s say that this algorithm misses an edge that is in a minimum cut. If this is the case, when we did a BFS in the residual graph we were able to traverse through that edge. But the only way BFS can traverse that edge would be if it has forward capacity, but since this is an edge in a minimum cut this is not possible, a contradiction. If we can reach the node on the other side of that edge during our BFS that also means that this edge can’t be part of a min-cut, which the algorithm would figure out.

Not the answer you're looking for? Browse other questions tagged algorithms algorithm-analysis network-flow ford-fulkerson minimum-cuts or ask your own question.

4
Max-Flow: Detect if a given edge is found in some Min-Cut
6
Does Ford-Fulkerson always produce the left-most min-cut
19
Could min cut be easier than network flow?
5
Will the Ford-Fulkerson algorithm always find the max flow if we start from a valid flow?
2
Max flow not min cut?
2
Min-cut in DAGs with unit edge weights
4
find the union of all min cuts of a flow network
1
Algorithm for seeing if there exists a min s-t cut (A,B) in a flow network with node u in A and node v in B