Optimality of A* search 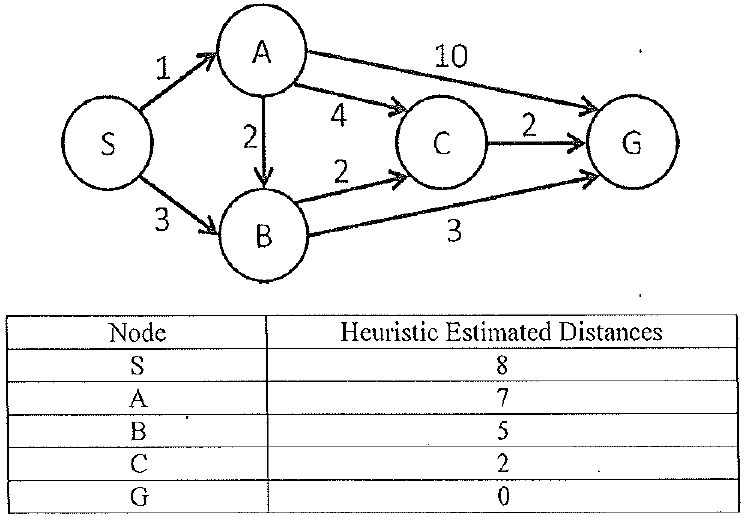 This is why the algorithm seems to be resulting in suboptimal paths for you.

A good example of an admissible heuristic function in 2D environments is often the Euclidean distance (straight-line distance). Unless you start involving strange things such as teleportation, this heuristic is always admissible (you can never get anywhere faster than by following a straight line). Although in your drawing, it seems like this wouldn't work. It doesn't look like your drawing was drawn "correctly". Some short paths seem to have higher costs than longer paths (visually).

Not the answer you're looking for? Browse other questions tagged search-algorithms artificial-intelligence or ask your own question.

6
Artificial Intelligence: Condition for BFS being optimal
0
Optimality of A*
4
How to perform local search on simple paths?
1
Iterative lengthening search: iterative version of Uniform Cost Search or DFS?
0
Coefficients in cost function in A-star
1
Should your heuristic for an A* search algorithm be the same scale as your actual weights?