Relation between Undecidable problems and NP-Hard 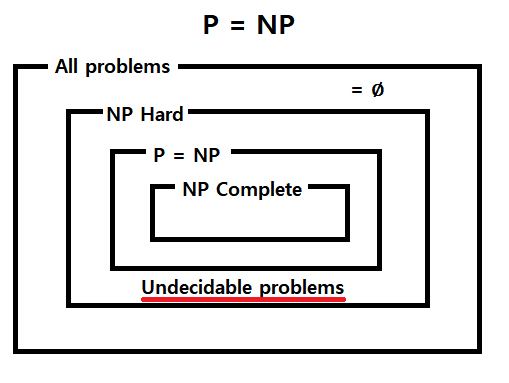 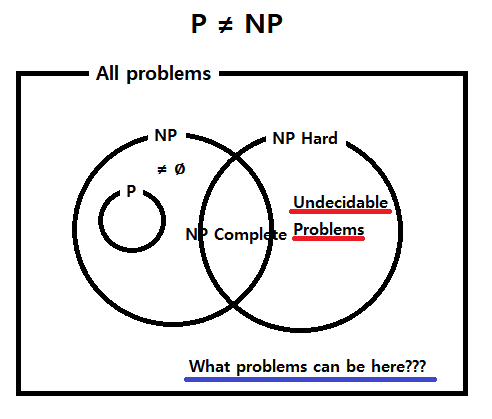 And one more thing, when P≠NP, are there problems which are neither NP nor NP Hard? If so, are they undecidable problems too? (Highlighted with a blue line in the second picture)

I believe that this answer by Yuval Filmus all the questions you have asked.

If P=NP then any non-trivial set is NP-hard (other than the empty set and the complete set), so assume P$\neq$NP. If $A$ is a set and $f_i$ reduces SAT to $A$ in polytime, then $f_i$ must have infinite range. Otherwise, we can hardcode the relevant values of $f_i$ to get a polytime algorithm for SAT.

The original answer had not addressed the last part of your question, namely, are there problems which are neither NP nor NP Hard? I will be lazy again and quote another answer, this time by Peter Shor.

There is a problem which is both NP-hard and in coNP if and only if NP = coNP.

If NP = coNP, than NP-complete problems (like 3-SAT) are both NP-hard and in coNP.

The question of whether NP = coNP is open, but most theoretical computer scientists do not think it is very likely.

So, assuming $NP \ne coNP$, there exist problems that are decidable but neither in NP nor NP-hard. Note that we don't know that $NP = coNP$ implies $P = NP$. So this is a stronger assumption than the one you had suggested ($P \ne NP$).

Not the answer you're looking for? Browse other questions tagged complexity-theory computability undecidability np-hard or ask your own question.

4
Is undecidable(complement of R) a subset of NP-hard?
0
CoNP and NPhard intersection