There are supposedly generations of languages. According to Wikipedia:

There is also a supposed hierarchy of language power, expressed by Paul Graham as the "Blub Paradox" in his essay Beating the Averages. In this controversial approach, languages such as Basic and Cobol are low in the hierarchy, Python and Perl would be in the middle, and Lisp would be at the top.

Perhaps a better way to try to understand which languages come from where is a directed graph on a timeline (like a family tree ). 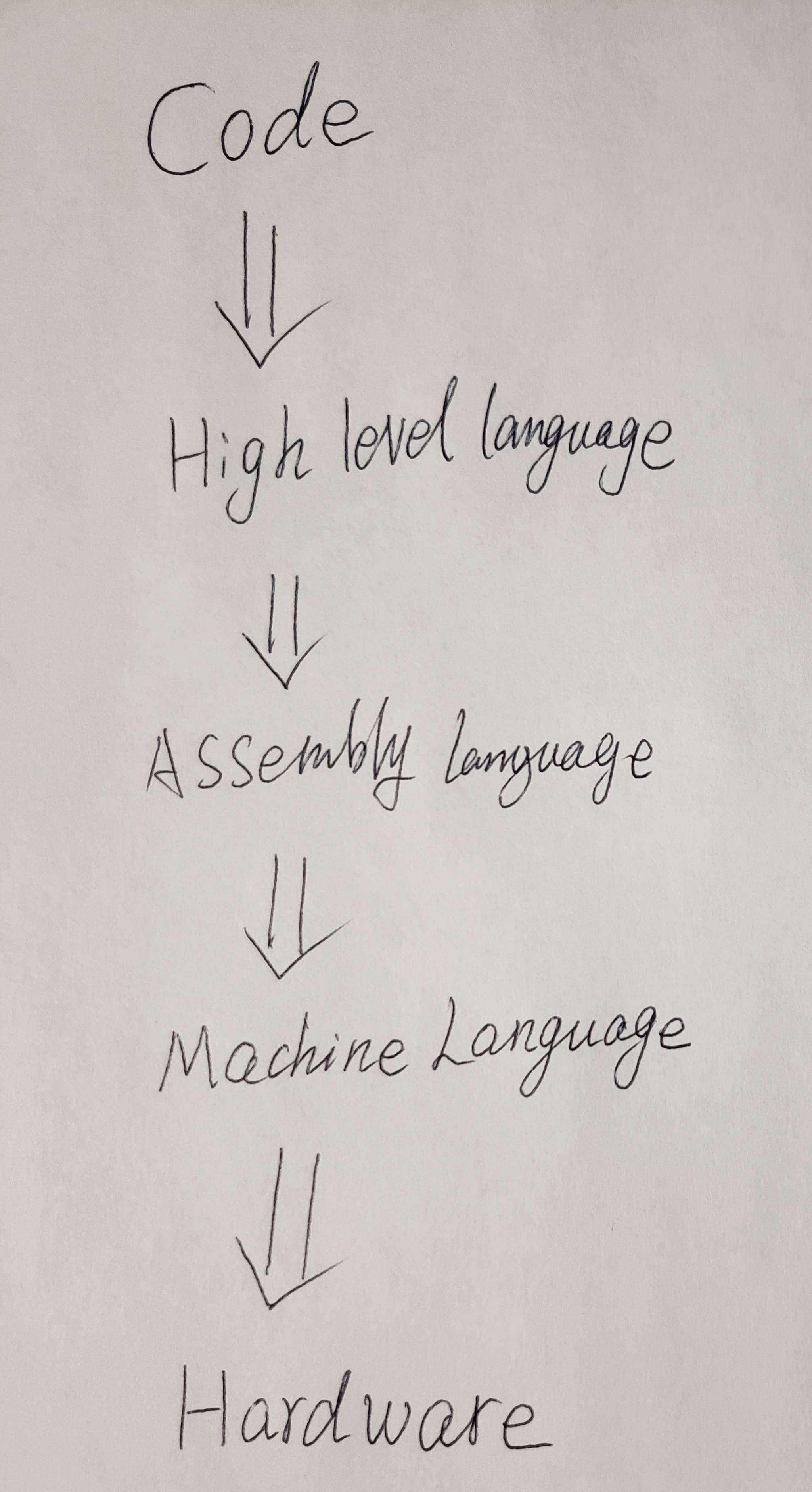 This picture shows the hierarchy:

Machine Language is the lowest. It is the most understandable by computer.

High level language is the highest. It is the most understandable by human so far.

Not the answer you're looking for? Browse other questions tagged programming-languages or ask your own question.

69
Can a dynamic language like Ruby/Python reach C/C++ like performance?
29
Are programming languages becoming more like natural languages?
5
Is a language with only a stack of fixed-size integers Turing-complete?
8
Language for teaching basic programming
15
Why do we have to trade abstraction for speed?
2
Does assembly language get translated to binary code? If so, is assembly language portable across machines?