I have a priority queue implementation which I claim has the following worst case asymptotic run-times for the given operations:

n denotes the number of elements in the priority queue. Γ denotes the gamma function, Γ is essentially the factorial function if the input argument is a positive integer.

The claim to the run-times above seems dubious. O( (INVERSE_Γ(n)) ^2) is an extremely slow growing function. This is a better run-time than logarithmic time. Runtimes for well-known priorities queues can be found on Wikipedia

We implement the priority queue as a heap. This special heap is a balanced tree. However, unlike balanced binary, ternary, quaternary trees, etc… nodes in this special tree do not all have the same maximum number of children. 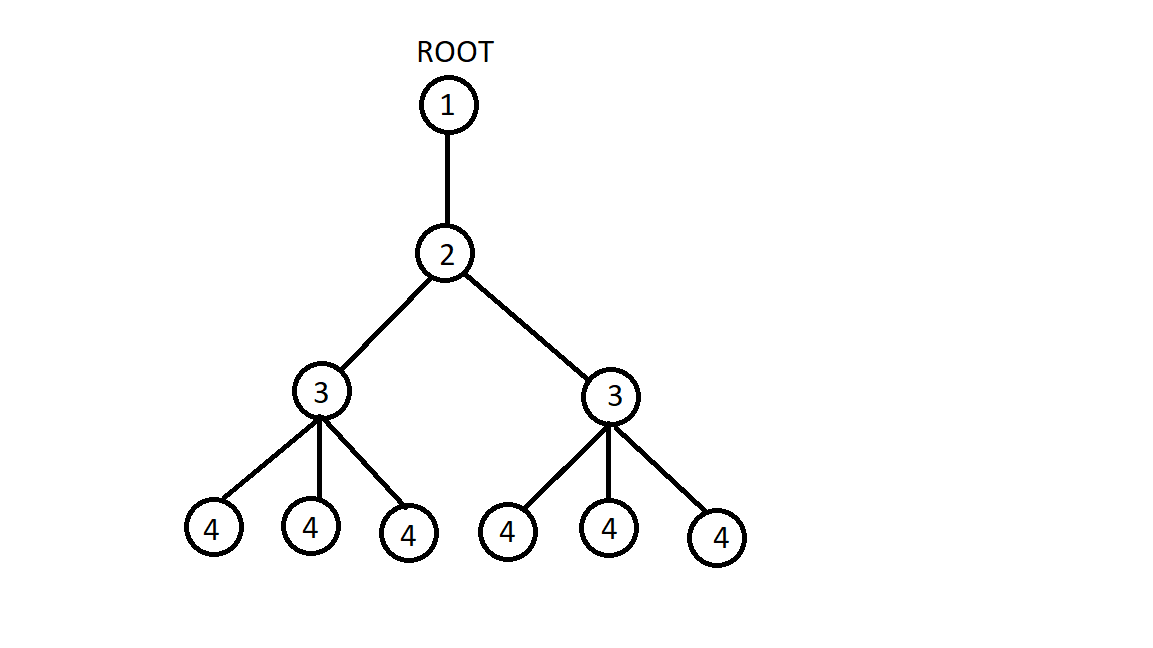 The numbers in the diagram above are not priority queue keys. They are the number of children each node has.

In general, for any natural number d, the nodes at depth d have (d+1) children. The depth of the root node is 0, not 1.

Suppose that h is the height (max depth) of the tree.

Then the tree has 1∗2∗3∗4∗…∗d leaves.

By “balanced” we mean that there exists a positive integer h such that all non-null leaf nodes are either distance h or (h-1) away from the tree root.

POP_MIN takes the key from the rightmost leaf node (the write head) and puts it in the root node. The root key is then bubbled toward the leaves. At worst, have to swap keys of parent and child until get to leaf-level. One linear search of the children of each node to find the largest child. Cost is O(1 + 2 + 3 + 4 + … + depth)
depth = (INVERSE_Γ(n) of n)b
POP_MIN Pop root also O( (INVERSE_Γ(n)) ^2).

Not the answer you're looking for? Browse other questions tagged complexity-theory time-complexity runtime-analysis heaps priority-queues or ask your own question.

5
Finding the height of a d-ary heap
1
The algorithm yields optimal ternary codes
3
What's the time complexity of Monte Carlo Tree Search?
3
Justify the following running time
1
Is this a legal Fibonacci heap?
0
Is it possible to find the nodes larger than k in a min-max heap in O(m) time?
0
Short Fibonacci Heap