This problem is from a coding competition ( Website Here ) in Mexico that does not provide solutions and has me stuck.

So in coloquial terms the only thing this automaton does is send a $1$ to the left and right if one of the entries is $2$ or more.

It is not hard to see that after a finite number of steps $B_k$ becomes invariant ( Because $B_k[0]$ cannot be equal to $2$ an infinite number of times we can use induction on $n$ for example) .

I would like to find the final state, something along the speed of $\mathcal O(n\log(n))$ seems to be required for the solution to pass. 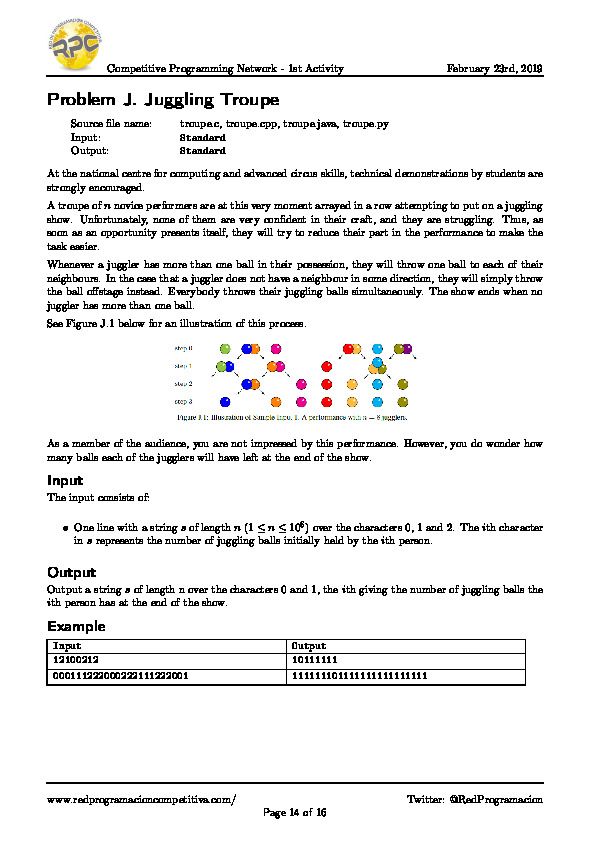 Browse other questions tagged algorithms cellular-automata or ask your own question.