I went through the rules of Moore and Mealy Machine or FA. I read that both could have one initial state and no final state.

For example: if we convert the following Mealy Machine then we will get a Moore Machine with two initial states! 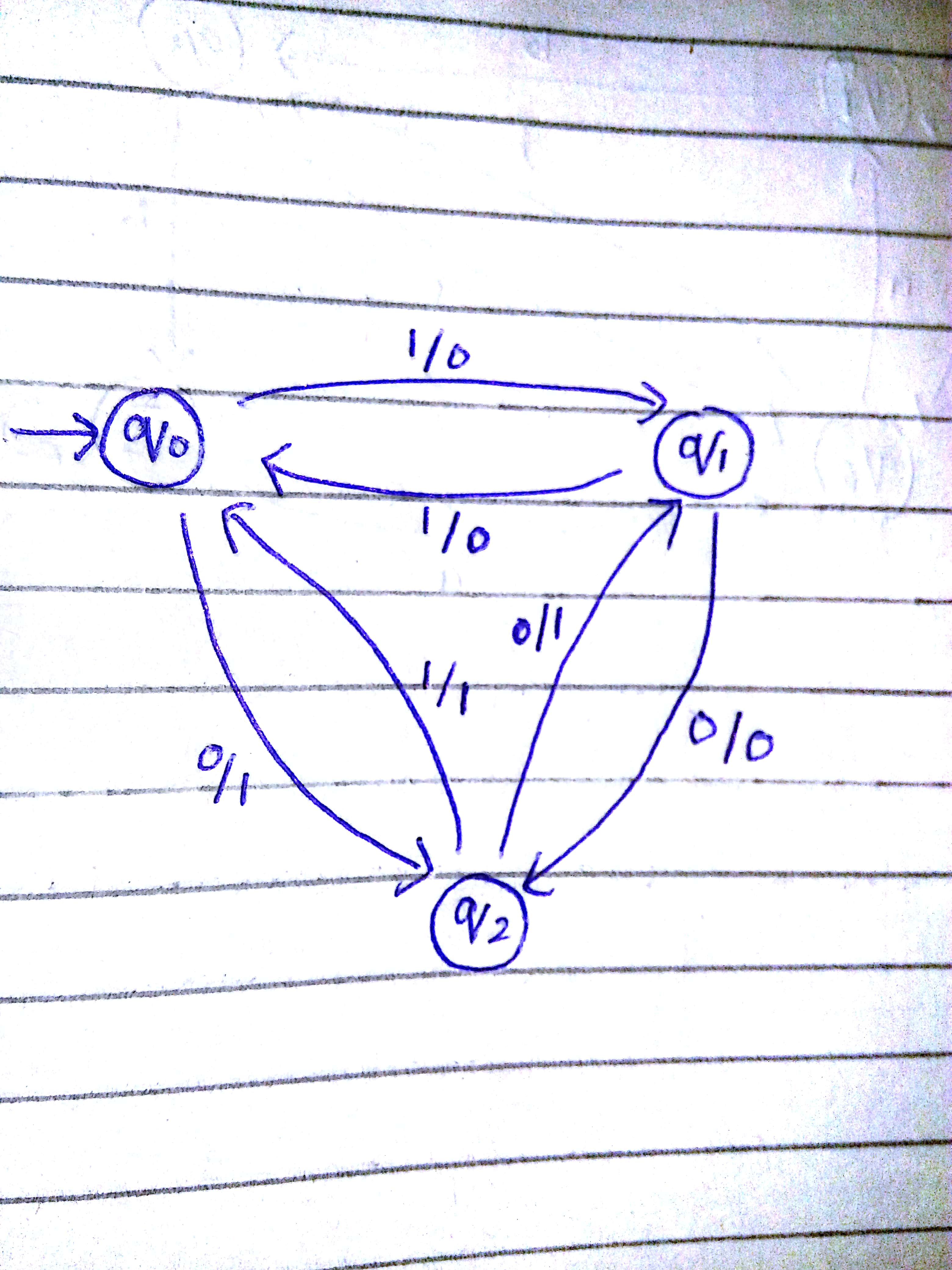 Is there any way to convert such Mealy Machines into single initial state Moore Machines?

When you translate from Mealy to Moore, you have a problem: to compute the next output, you need the next input....which is only available to the machine after producing the next output. What you can do during the translation is however to build a Moore machine that produces its output delayed by one step. This requires you to store the last output in the state component, which blows up the automaton. Whether the resulting Moore machine is good for anything practical is a different question. Even with this semantics-altering translation, there is still the problem that the Moore machine needs to give some initial output, which needs to be defined. This could be an arbitrary one or a designated "no data" output character. This seems to be the choice of your tutorial - rather than having more than one initial state, you declare the one to be initial that is labeled by the output character representing ``nothing''.

Having to choose some initial output shows you that this is no one-to-one translation.

7
NFAs with more than one initial state
0
Number of Final States Subset Construction for NFA to DFA
2
Use DFA minimization on LR(1) states
2
Mealy to Moore Conversion
2
Strongly connected and completely specified Moore equivalent of a Mealy Machine
3
Are finite state transducers and Mealy machines the same machines?
0
What happens during the DFA reversal construction if the initial state is final?
4
Complement of Mealy machine
0
Converting Moore to Mealy When first Node has Output