Partitioning connected graphs in the plane

This is a geographic problem, where we have several connected graphs embedded on the plane, where none of them have overlapping edges/nodes.

How can we divide the plane using line segments in such a way that each subdivision contains exactly one connected component?

I was thinking of generating a voronoi diagram using the endpoints, but this presents some issues:

Is there an algorithm that creates less complex borders?

The input would be a planar graph with multiple connected components, where each node has coordinates associated to it.

The output would be a subdivision for the bounding box given by the graph, which divides the plane using line segments. 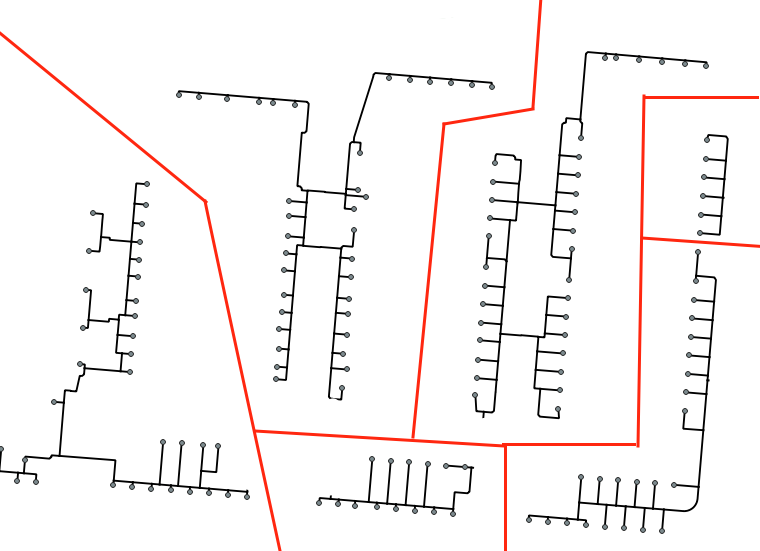 I'm looking to minimize the amount of line segments required, but optimality is not required.

This is not a full answer to your question, but at least you'll have something working.

Step 1. Calculate minimal bounding axis-aligned boxes for each connected component, and also a minimal "outer" bounding box for all the components.

Step 3. Repeat the Step 2 recursively for each box, which contains more than one component.

Step 4. After the Step 3 you'll have a partition of the original outer box into rectangles, each of which contain only one connected component (or part of it). Remove all the edges in this partition, for which both adjacent rectangles contain the same component. After this step you'll have a partition of the outer box, but it won't be a optimal one, and it'll consist of axis-aligned segments only.

Step 5. Amend the partition, replacing axis-aligned segments by arbitrary segments, trying to minimize the total number of segments - I don't know how to do that regularly for now.

What about taking the convex hull of every connected component?

The two operations you can do after this is :

For (1), we can take the centre of both of the convex hulls, draw a line joining them (call it AB). A line that passes the midpoint of AB should be able to separate them.

And repeat for all line segments until it converges.

Or something of this sort..

I'm not sure what "connected" here mean?

-If it's just connected somehow (not indep vertices), then what D.W. clearly implying in his comment is the min-cut problem (ur lines r all zero cuts no edges passing through them) 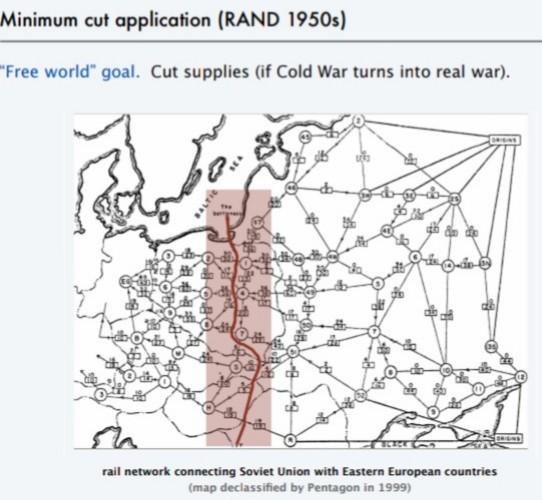 9
Rectangle Coverage by Sweep Line
12
How do I construct a doubly connected edge list given a set of line segments?
0
Using DCEL to represent "simple geometric objects"
2
Reduce the total internal border of a set of touching rectangles (using graphs)
2
Longest-path in a graph, where the path should be 'straight'
3
Finding closest edge to a point in a planar graph
4
Binary Plane Partition: do we have to split a line segment?