Importance of Frequency vs CAS Latency in memory performance

I was looking at the Wikipedia page for CAS Latency: https://en.wikipedia.org/wiki/CAS_latency

And I noticed the obvious trend - at higher frequency, despite CAS latency degrading (growing), the delay to get the 1st, 4th and 8th word overall improved regardless.

I've heard in the past that frequency/CAS was perhaps the best metric for memory performance as a consumer, but this chart seems to disagree: 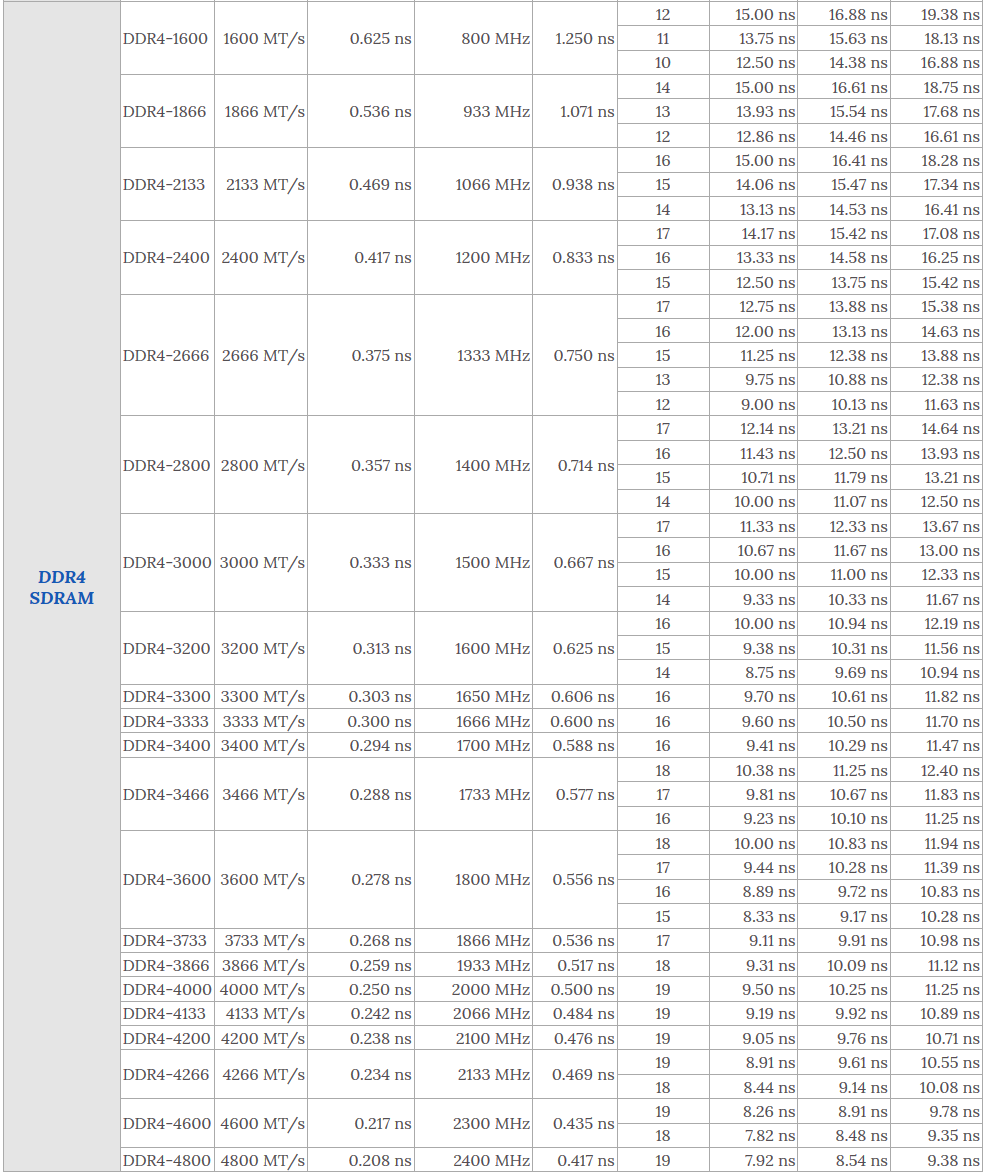 So my main question(s) are:

Thanks for any thoughts!

The presented timing for first word assumes the row is currently open (i.e., is only CAS latency, in nanoseconds). For random accesses, RAS latency is added; if another row in the bank is still active, PRECHARGE latency (to write back the active row before opening the desired row) is added. RAS and PRECHARGE latencies are typically proportional to CAS latency.

Given that cache misses add both cache probing delay and various delays in the on-chip network (including queuing delay) and at the memory controller (e.g., scheduling delay), the delay of the DRAM chip itself are a little less significant. (Adding buffering to support larger capacity, e.g., load-reduced DIMMs, further increases latency.)

(There are additional constraints on DRAM activity, so some access patterns may be unexpectedly slow compared to the simple model of PRECHARGE, RAS, CAS.)

Frequency controls peak bandwidth, which is more important for some workloads. Frequency also determines the occupancy of a DRAM data channel, so a higher frequency DRAM can satisfy more requests per second as long as they are "well-behaved" (only accessing different rows in the same bank will be slow), reducing queuing delays.

Another complicating factor is the use of burst transfers. A modern microprocessor might have a cache line size of 64 bytes, requiring eight transfers from a 64-bit-wide (eight bytes) memory to fill. The CAS latency can only accurately measure the time to transfer the first word of memory; the time to transfer all eight words depends on the data transfer rate as well. Fortunately, the processor typically does not need to wait for all eight words; the burst is usually sent in critical word first order, and the first critical word can be used by the microprocessor immediately.

Guess where I found this explanation

Not the answer you're looking for? Browse other questions tagged memory-hardware performance or ask your own question.