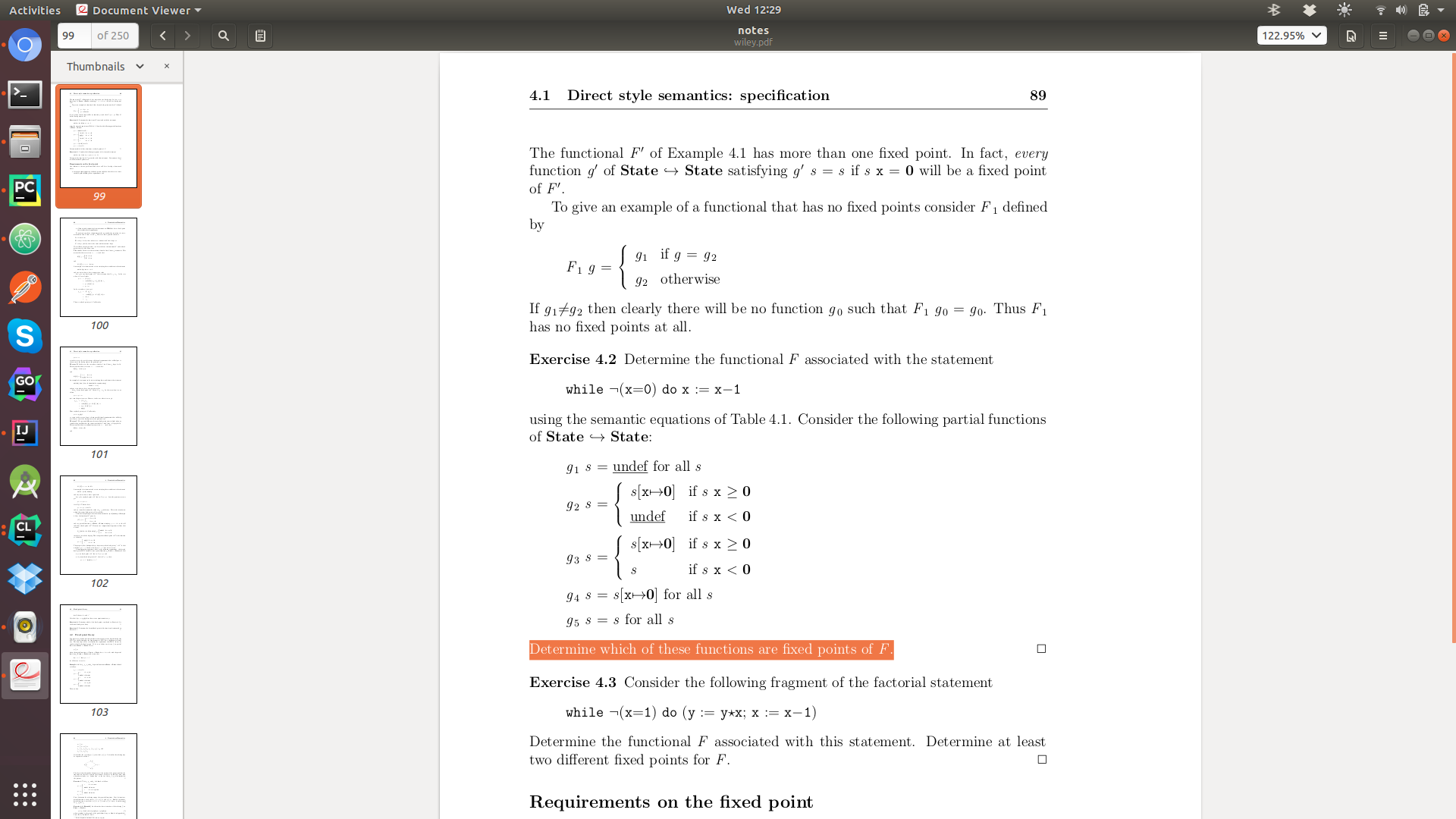 (Taken from Semantics with Applications)

As I see it, the functional F will be defined like so:

So, the first function is

I don't think this is a fixed point, because when s x = 0 , the function would output undefined when it really should be s

By that logic, g2 and g3 would be fixed points since they terminate at a state where x = 0.

Browse other questions tagged programming-languages functional-programming fixed-point or ask your own question.

28
Clear, intuitive derivation of the fixed-point combinator (Y combinator)?
3
how do you define functions with denotational semantics?
7
How is IO a monad?
1
Interactive example of Dynamic scoping and evaluation order of expressions
2
Prove an arithmetic property of a partial recursive function
7
Formal model of execution for Java (or general imperative language)
1
Fixed Points of Factorial Function
0
What is the difference between $ \alpha \to \alpha $ vs $ \forall \alpha. \alpha \to \alpha$?