Loop Invariant Code Motion - am I missing something?

I've been implementing LICM for a project, and came upon a strange observation.

Let's say we have a loop

One can easily see that a = 2 is invariant. What we do next is check (for each invariant candidate) if the containing basic block dominates all uses of the said variable and all exits of the loop.

The former is clearly true, as a is only used once. The latter is what I don't seem to get. The CFG of the example above is 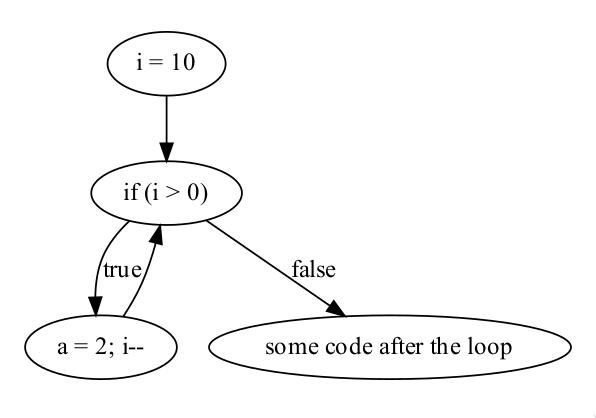 By looking at the graph we can clearly see that the cycle body (which is just a single basic block in this case) does not dominate all exits!

After thinking about this for some time, I got to the following conclusion:

In a general case, we can not know for sure if the body of a loop is going to be executed at least once. This implies that one can not simply move invariant instructions out of the loop, as they will then be executed dependless of the actual value of the loop termination condition.

I have not seen this adressed in any of the material covering LICM, as well as in the wikipedia article. In fact, their example, in which they transform

seems incorrect, as the loop condition generally could have been false on the first iteration, and so x = y + z should not have been executed at all.

All code deemed invariant should be put in an if (expr), where expr is the loop condition. For my original example, that would give us

You can also replace with

With all he precautions of course. That makes the loop a bit simpler, and saves one test of the condition. And because you have no extra evaluations of loop_condition, this should be correct even if loop_condition has side effects.

And in the first example starting with i = 10 you should be able to optimise the first loop condition away.

But absolutely, you cannot just move code with side effects out of a loop, and you should be careful moving code without side effects, in case the loop is not executed and the moved code just wastes time. This more critical in languages that do overflow checks, so adding a+b can actually have a side effect on overflow.

Note: The wikipedia article also mentions strength reduction (for example, instead of calculating i*6, set tmp = 0 before the loop starts, and increase tmp by six at each iteration). Setting tmp = 0 would also only be executed if the loop condition is tested once.

Not the answer you're looking for? Browse other questions tagged optimization loop-invariants or ask your own question.