The proof for the lemma from "Introduction to Algorithms by Cormen et. al." is not clear for me. I can't comprehend a few things. Here is a lemma and its proof. My questions are below. 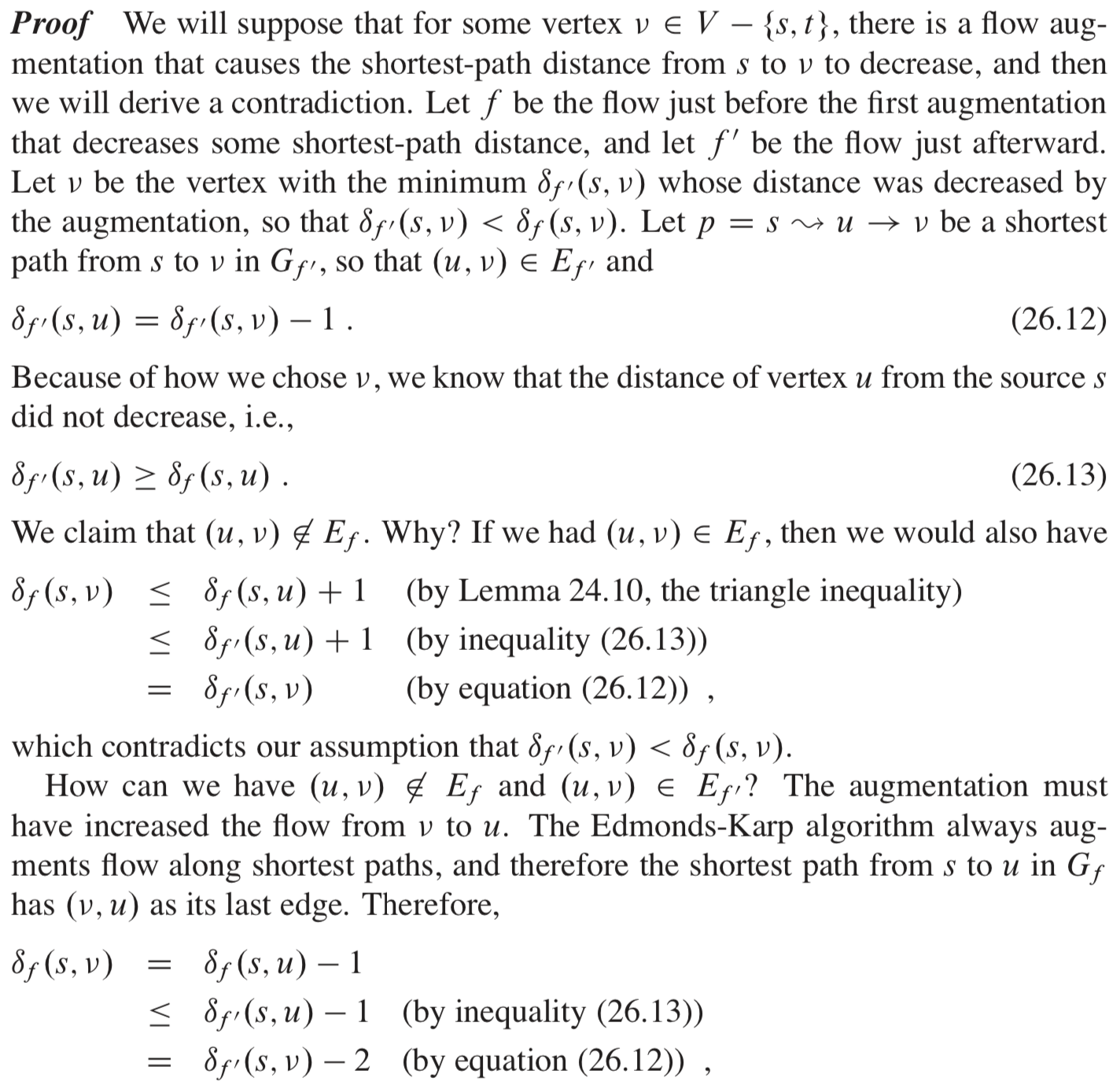 Why the shortest-path from $s$ to $u$ after the augmentation of flow $f$ must be greater than or equal to the distance before the augmentation ? How it is possible to have greater distance that it was ? The augmentation only removes the edge $(u, v)$. But, the vertex $u$ still in place, isn't it must be strictly equal ?

Because of how we chose 𝑣, we know that the distance of vertex 𝑢 from the source 𝑠 did not decrease, i.e., 𝛿𝑓′(𝑠,𝑢)≥𝛿𝑓(𝑠,𝑢)

How can we have (𝑢,𝑣)∉𝐸𝑓 and (𝑢,𝑣)∈𝐸𝑓′ ? The augmentation must have increased the flow from 𝑣 to 𝑢. The Edmonds-Karp algorithm always augments flow along shortest paths, and therefore the shortest path from 𝑠 to 𝑢 in 𝐺𝑓 has (𝑣,𝑢) as its last edge.

Not the answer you're looking for? Browse other questions tagged correctness-proof network-flow or ask your own question.

3
“Minimum” maximum flow with extra capacities
1
Two Problems in understanding the algorithm for computing shortest paths in undirected graphs with possibly negative edge weights
2
Confused about the correctness proof of Dijkstra's algorithm
1
Why CLRS example on residual networks does not follows its formula?
0
Clarification in the proof for the Bellamn-Ford algorithm