I have a Mixed-Integer Linear Programming question.

There's this game called Islanders. Pretty graphics, it's about maximizing your score building a small city in a confined island. 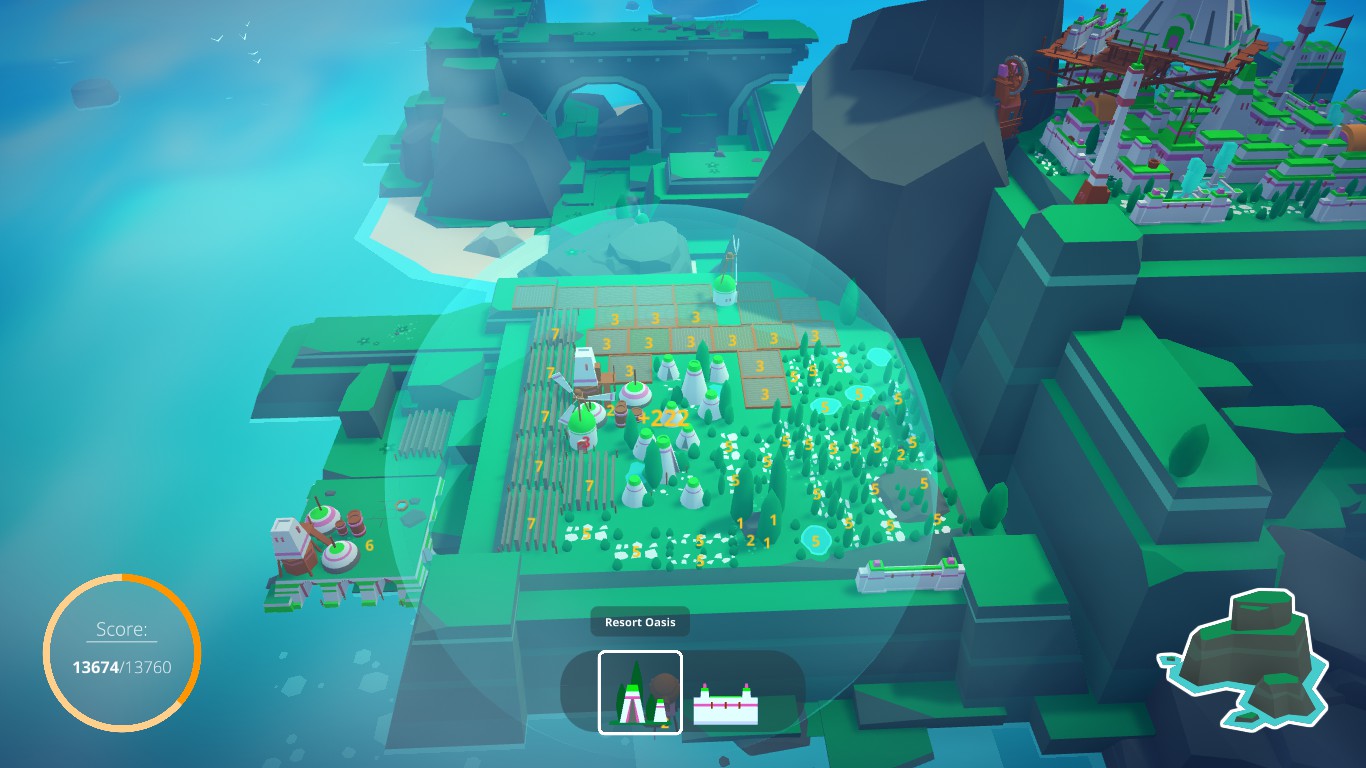 Here's a quick rundown of the rules:

I thought it would be a fun exercise to formulate these rules into an MILP and see what comes out of it.

I have written the attached Python 3 program, using the PuLP library (link). I have used the default solver (CBC), provided with the installation of PuLP.

There are currently 4 building types encoded, with their base score declared at line 61, the 4x4 cross-score matrix at line 64 and their dimension and range in lines 72 and 75.

There are several decision variables:

The constraints are as follows:

Currently, the cost function under optimization is gives_score, to maximize the number of buildings which give score to another.

Any suggestions on the problem formulation or explanations on why this is such a hard problem?

Thank you in advance.

Bonus: Here is an example optimal result for 1 of type-1 building and 3 of type-2: 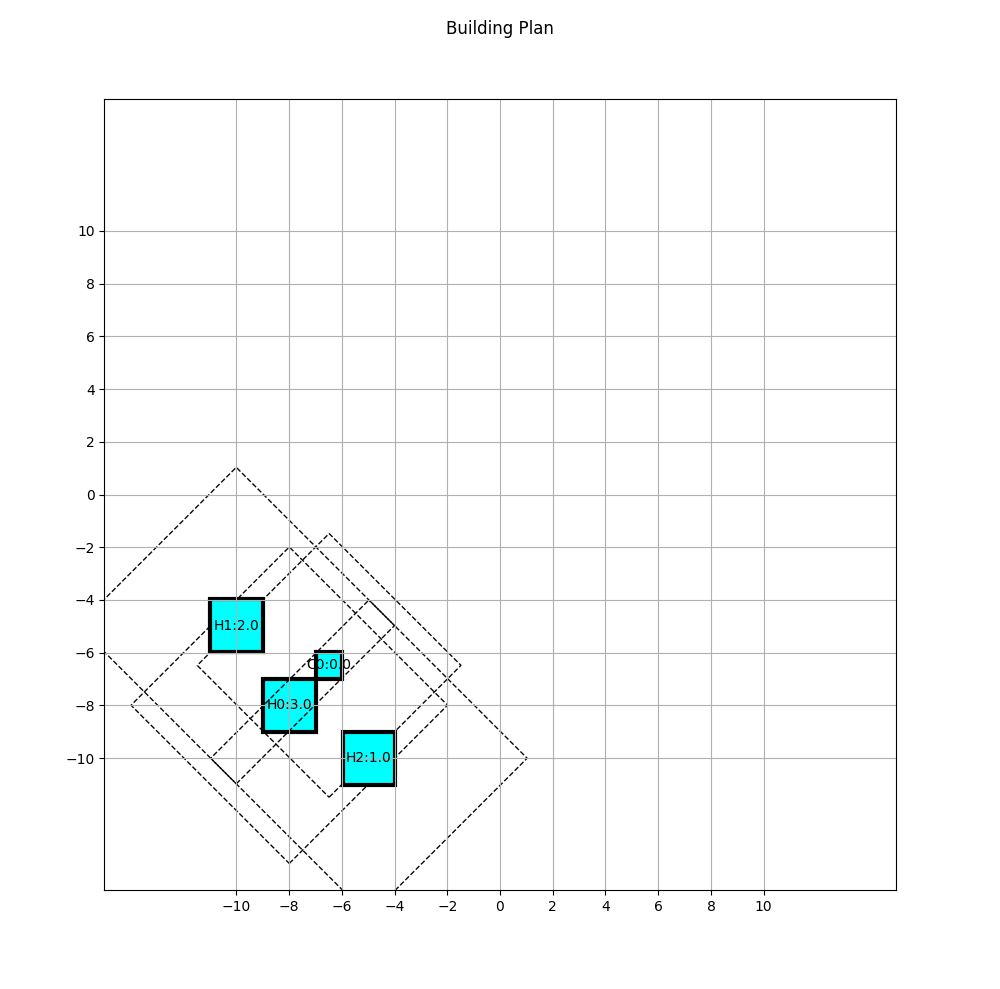 While I can't answer if your model is okay or if it has some subtle flaw, I think I can confirm that general approach works and the issue is with CBC solver.

CPLEX finds solution for city center and 4 houses in 3 seconds. CBC can't do it (I killed it after couple minutes). I imagine the same situation might be with your code.

I don't know what solvers you can use but seems like CBC is not a good choice here. Just for the record, I also tried MIPCL, SCIP, and GLPK - none of them could solve the problem in a reasonable (~seconds) time.

Not the answer you're looking for? Browse other questions tagged integer-programming python or ask your own question.