I am working through the Sipser Book (2nd edition) and came across this example, which I do not understand. In the book it states that this NFA accepts the empty string, $\epsilon$.

Could someone run me through why this is the case?

My understanding is that $\epsilon$ will move to $q_3$ which is not an accept state. 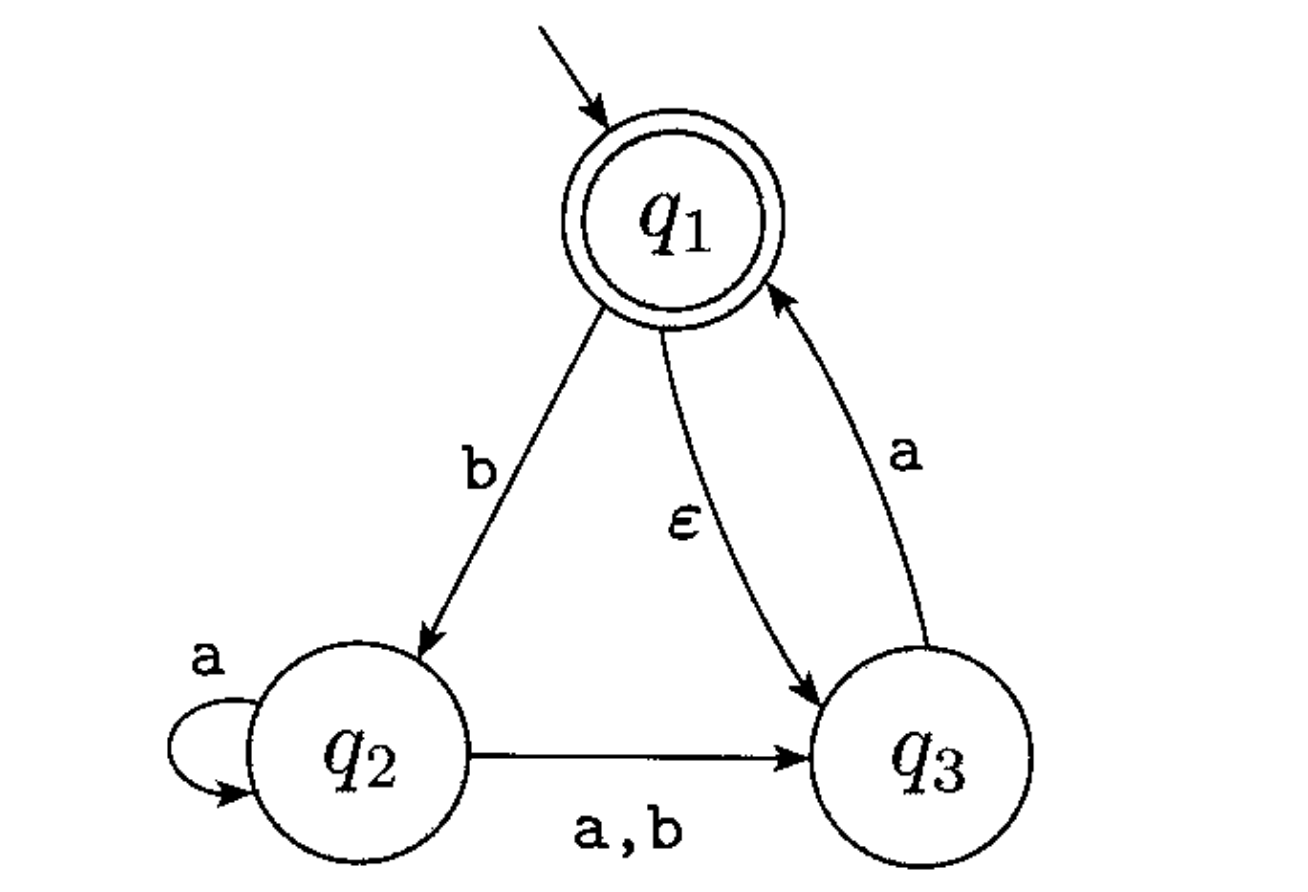 regular-languages finite-automata nondeterminism
Share
Improve this question
asked May 12 '19 at 13:06

You are confusing $\epsilon$ with a letter. It's not a letter! It's just the empty string.

Not the answer you're looking for? Browse other questions tagged regular-languages finite-automata nondeterminism or ask your own question.

15
How does an NFA use epsilon transitions?
3
What does an input string of epsilon mean?
2
Meaning of ε in NFA-ε?

2
Problem understanding DFA & NFA equivalence in Theory of Computation
15
How does an NFA use epsilon transitions?
0
Making a finite automata
9
Is non-determinism in a non-deterministic turing machine different from that of finite automata and push down automata?
0
Number of states in minimal Non Deterministic Finite Automata
2
How do cycles of non-consuming transitions in NFAs influence their halting properties?
5
Understanding definition of epsilon closure and finite automata states
8
Incorrect proof of closure under the star operation using NFA results in the NFA recognizing undesired strings?
3
NP completeness of deciding whether a set of examples, consisting of strings and states, has a corresponding DFA?
3
Can a non deterministic finite automaton go into infinite loop?