I am reading about a method called guided backpropagation. https://ramprs.github.io/2017/01/21/Grad-CAM-Making-Off-the-Shelf-Deep-Models-Transparent-through-Visual-Explanations.html#deconv-and-guided-backprop.

As shown in the figure below, you essentially compute the derivates of the output with respect to the input image while zero-ing out negative gradients along the way. The website mentions

Negative gradients at a particular ReLU neuron, state that this neuron has a negative influence on the class that we are trying to visualize.

My question is why does the resulting image have pixels which are negative? Don't negative pixels indicate that the gradient of the output with respect to the pixel is negative? I.e. that pixel has a negative influence on the class score? 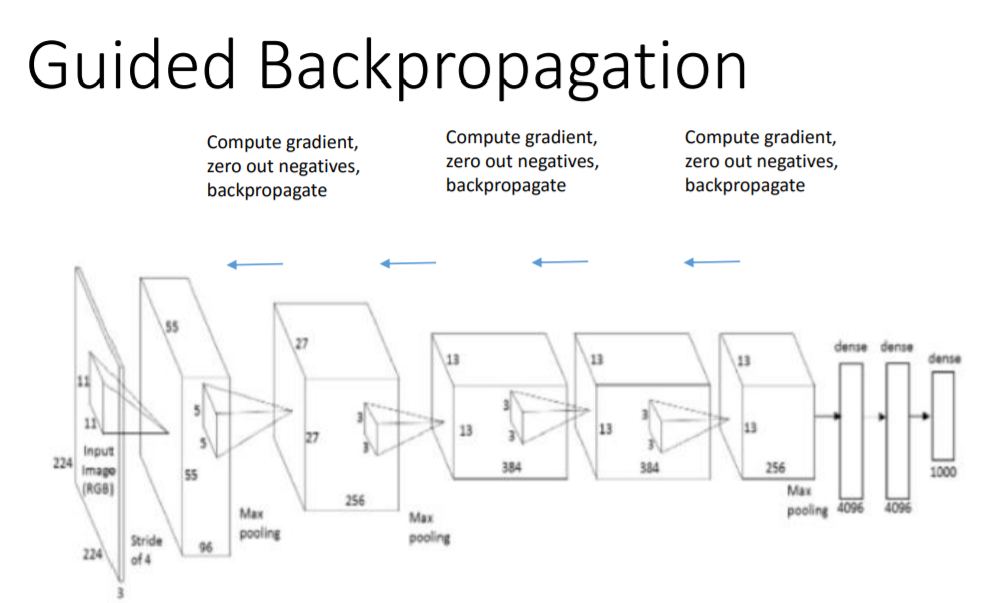 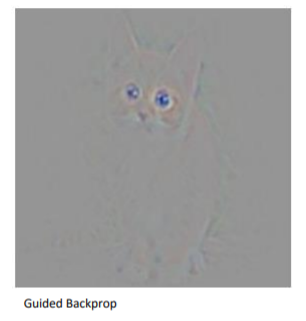 Kinda late but According to the gradcam paper (https://arxiv.org/abs/1610.02391), it says that negative gradient of the image will most likely contribute to other class.

We apply a ReLU to the linear combination of maps because we are only interested in the features that have a positive influence on the class of interest, i.e. pixels c whose intensity should be increased in order to increase y. Negative pixels are likely to belong to other categories in the image. As expected, without this ReLU, localization maps sometimes highlight more than just the desired class and achieve lower localization performance

The focus is not on negative pixels but on negative gradients. Negative gradients indicate that the direction of change in the input space decreases the probability of predicted as a certain class. Intuitively, it tells what this class is NOT about. For example, if you are looking for a cat in an image, there are plenty of ways to make the image NOT look like a cat. But that information is NOT useful and contributes to noises in the visualizations. Put another way, we are only interested in what makes the image look like the class of interest.

Not the answer you're looking for? Browse other questions tagged neural-networks or ask your own question.