Reduction from minimum dominating set to the set cover

To solve the min dominating set problem of a graph G, we can reduce it to a set cover problem.

For example to find the MDS of the graph G: 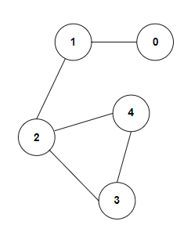 We can create an instance of the Set Cover problem by:

A minimum set cover solution of the instance (s, U) is similar to a minimum dominating set solution in the graph G.

My second question is how this reduction is related to the reduction when we deal with NP-complete proof(for example we can prove that the MDS problem is NP-complete by reduction to the vertex cover problem).

Are those reductions related? Thank you

complexity-theory graphs computability np-complete
share|cite|improve this question|||||
asked May 24 '19 at 7:55

Your second question however is unclear. A reduction "being related to another reduction" is not a formal statement. In an informal sense, you can use similar ideas to establish other reductions between dominating set, set cover and/or vertex cover but you have to work through the details yourself.

Not the answer you're looking for? Browse other questions tagged complexity-theory graphs computability np-complete or ask your own question.