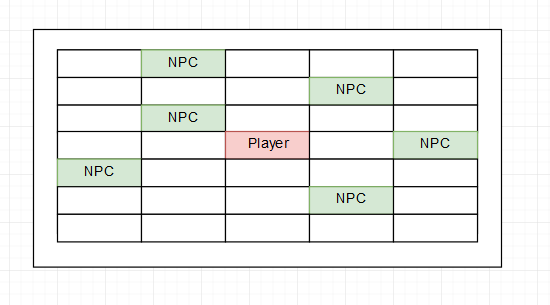 In table NPC - are AI like characters that move from one point to another. Player - a character that is controlled by the user.

In any moment the player character might move to any cell of the table. But NPC has a particular goal cell that they should reach while moving. For example, blue NPC needs to read blue cell. 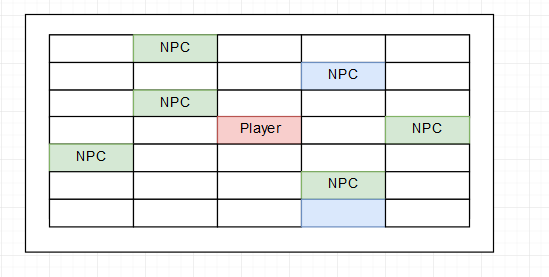 Other NPC are also moving. My goal is to write an algorithm that would allow NPC to reach the cell using the shortest path. As far as I understand it is a typical shortest path problem.

My question is - is there some algorithm that particularly optimized to handle such workflows, or any algorithms will suffice - just with recalculating the path after each move?

There are many; you can find a list here. The most applicable is probably D*-lite.

However, there are not many off-the-shelf implementations for it, so the vast majority of games just recalculate the best path using A*. There are many visual and technical tricks for recalculating as infrequently as possible without negatively affecting the game, but that's more of a question for gamedev.stackexchange.com.

For NPCs in particular, you may also want to look into pathfinding with many units at once. Some typical search-terms for this are "swarm pathfinding", "boids", "flocking behaviors", and "collision avoidance pathfinding"

Not the answer you're looking for? Browse other questions tagged shortest-path or ask your own question.