Recently, I am reading Engineering a Compiler 2nd Edition.

But I am struggling to understand the following pseudocode. 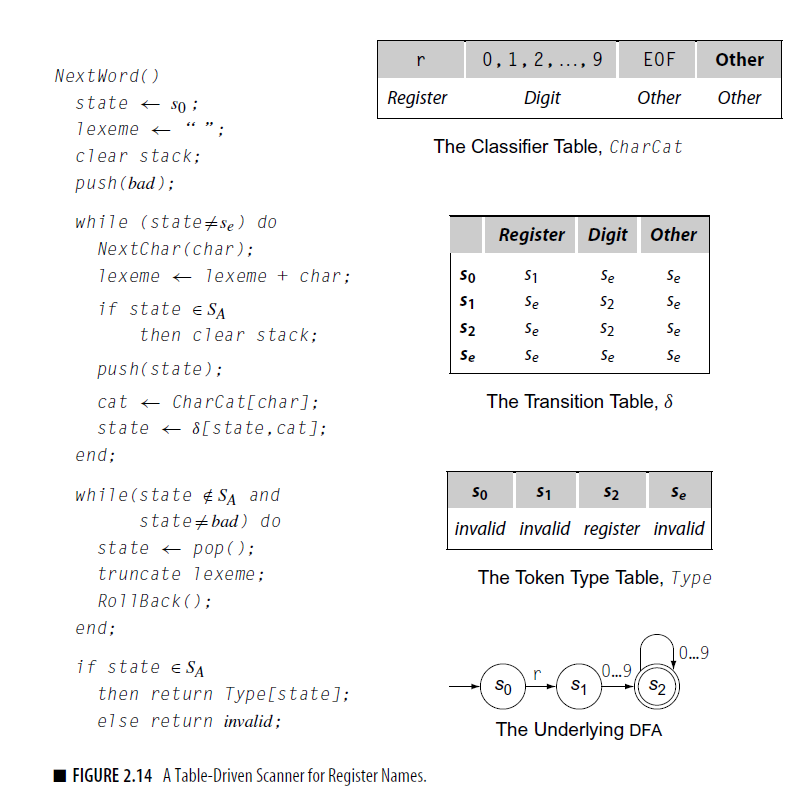 Can anyone help me to explain the pseudocode in a simple and plain English?

I was able to answer these questions via a combination of common sense and a very rudimentary knowledge of how lexers work. More generally, when faced with code or pseudocode which you don't quite understand, you should try to figure out what the code is trying to accomplish, and how. For example, NextChar surely reads a character. You might expect it to return it, but from the context it is clear that it is actually stored in its argument. The fact that it is adjoined to lexeme significantly strengthens this guess.