Directed Acyclic Graph partition into minimum subgraphs with a constraint 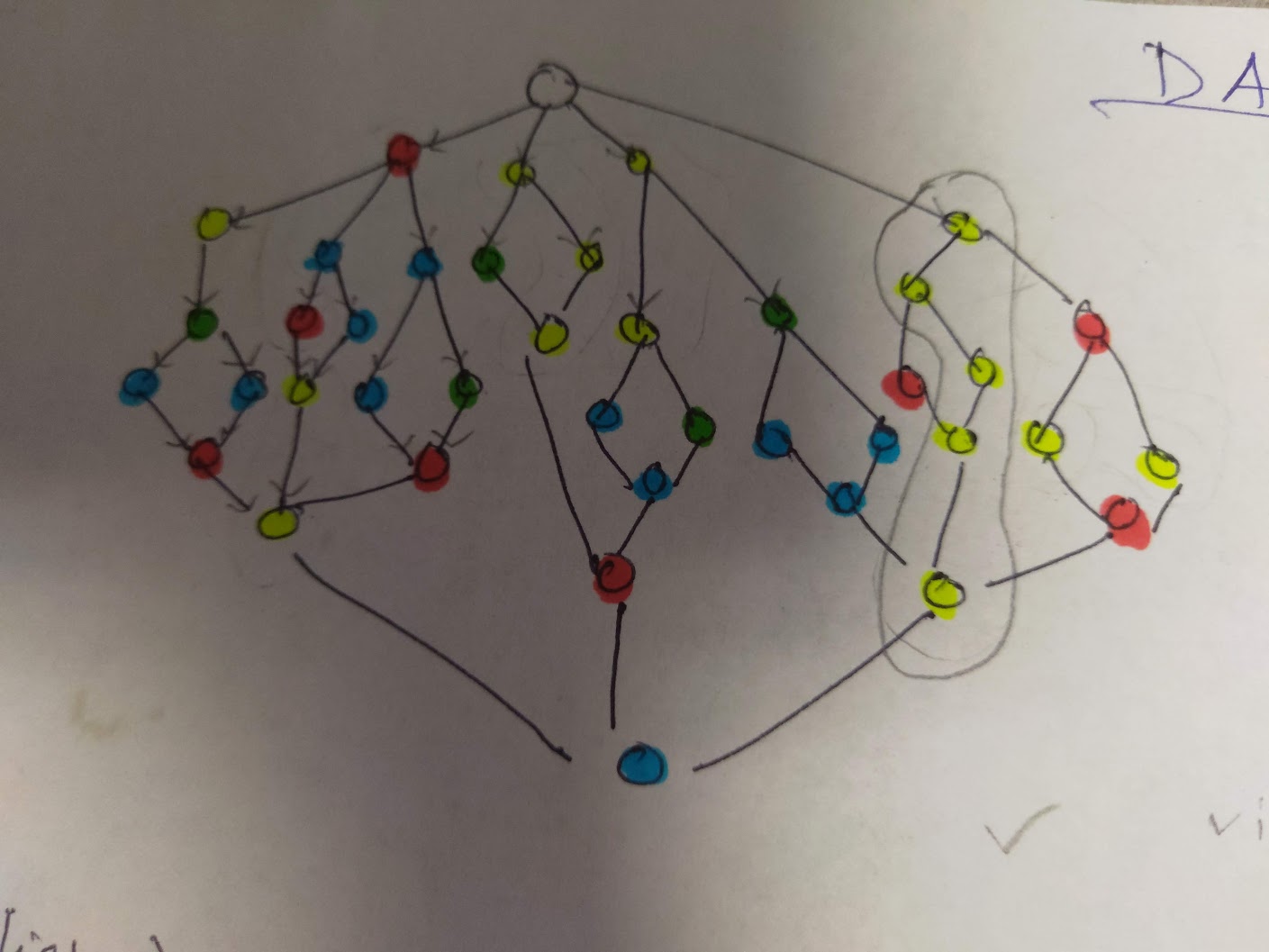 I have this problem, not sure there is a name for it, wherein a Directed Acyclic Graph has different colored nodes. The idea is to partition it into minimum number of subgraphs with the following 2 constraints:-

Example:- In the attached picture, the sub-graph with yellow nodes is invalid since input from the red node breaks rule#2 : 4th node from top has an input which depends on output of 2nd node - via the red node (outside the sub-graph) Hence the algorithm should partition it after #2 or #3 so that 2 and 4 are on different sub-graphs

Am sure this is a pretty common problem in Graph theory and must have a name and a standard algorithm for it. Thanks in advance for any pointers to it!

Browse other questions tagged graphs partitions dag or ask your own question.