So, I came up with a DFA for the regular expression. Now for every string described by the regular expression, the DFA accepts it. But in order to ascertain if it's really a DFA for the regex, you also need to know whether the reverse is true or not. Which is to say that the set of strings accepted by the DFA is described by the regex. I have no idea how to know if this is the case or not. 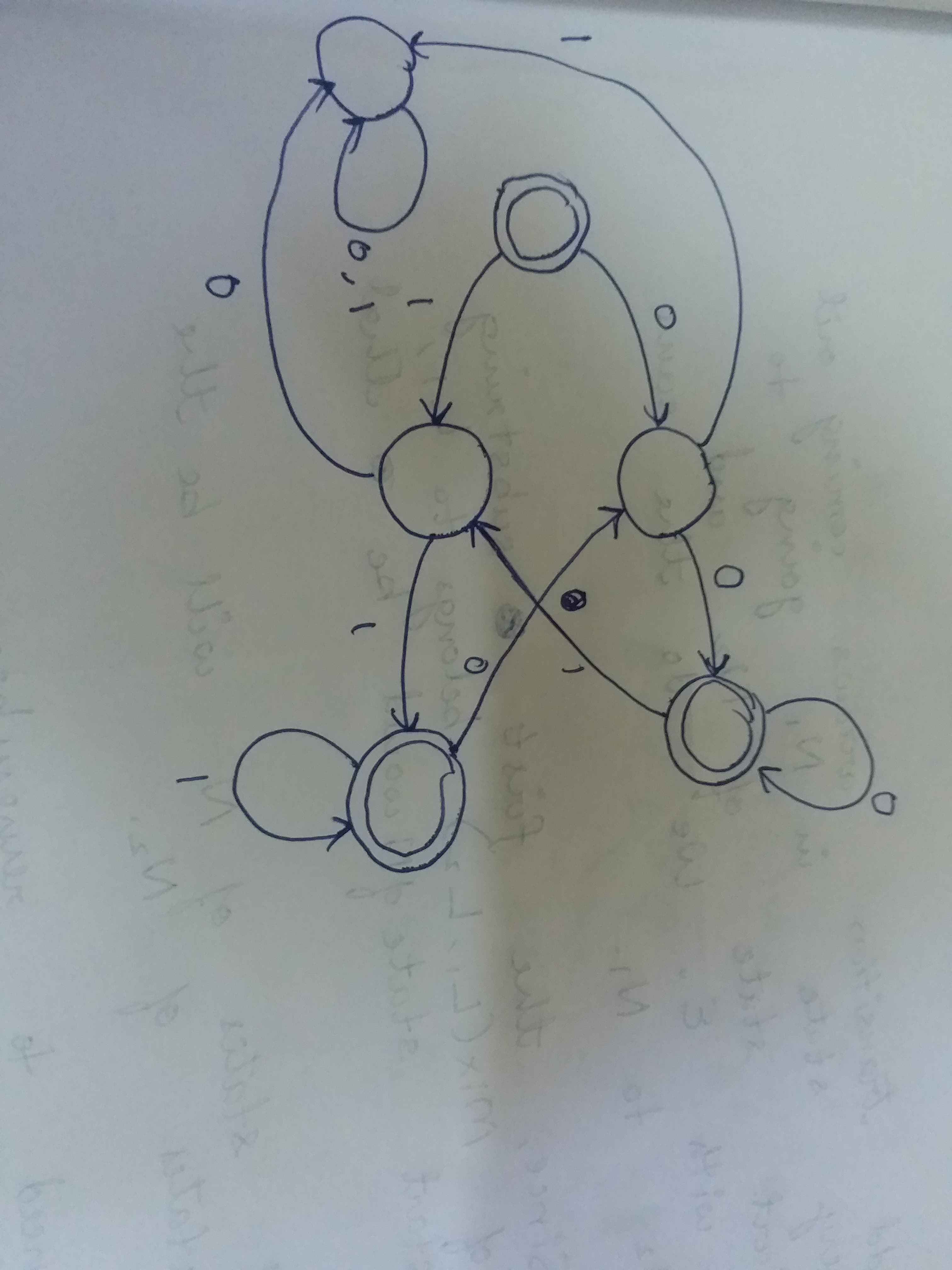 (2) In the title of the question you ask whether the number of states is minimal. This can be done by arguing the no states can be merged. This can be shown by giving for each pair of states a string that "distinguishes" the states: states $p$ and $q$ are distinguished if there is a string $w$ such that $w$ from one of $p$ and $q$ reaches an accepting state, while it does not reach an accepting state from the other.
Here this can be done by looking at most one letter ahead: can be reach an accepting state by $\lambda$, $0$ or $1$? For each of the six staes the answers are different.

Not the answer you're looking for? Browse other questions tagged finite-automata regular-expressions or ask your own question.

121
How to convert finite automata to regular expressions?