Suppose $w$ is a world in an Euclidean frame, and $w\mathbin R v$, then by the Euclidean property $w$ reaches both of the "two" worlds $v$ and $v$ (indeed, the same world), and thus $v\mathbin R v$. So in a Euclidean frame, any world that is reachable from some other world, reaches itself (or every world with an incoming arrow has a reflexive arrow).

As a sidenote, the way to see Euclidean frames, is as a bunch of "clusters" of worlds, where a cluster is a group of worlds that are completely connected with each other (i.e. each world in the cluster can reach every other world in the cluster), with (optionally) some "outside" worlds that reach any number (including 0) of the worlds inside one (and only one) cluster, but are not reachable from any other world.

An example in a picture, with the "clusters" in dots connected with red arrows, and the "outside" worlds those dots with blue arrows leaving them: 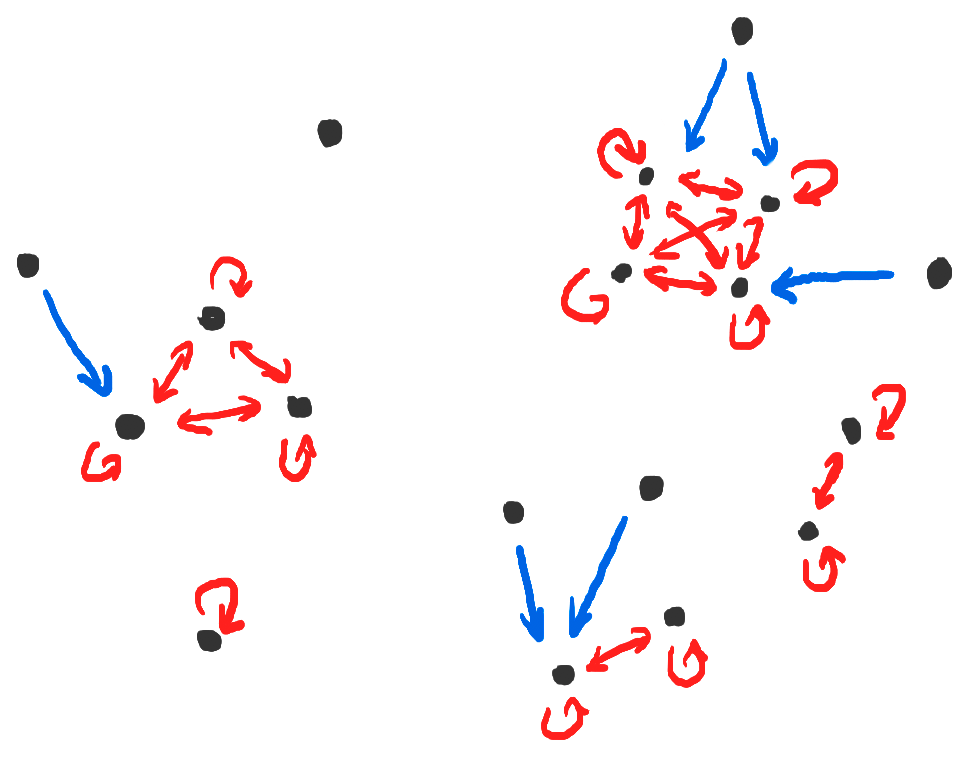 Try to construct a counterexample model with 4 worlds $w,x,y,z$ where $\phi$ holds only in $z$ and where $wRx, xRy, yRz$.

Not the answer you're looking for? Browse other questions tagged logic modal-logic or ask your own question.