Is there a concept called "white waveforms" in computer science?

If you for example want to play a music file, mp3 file, well you know, given that you've taken a programming course before, all right? How would you do this?

Well, you would look up on Wikipedia, what are the specifications of an mp3 file, and then you would sit down over a long weekend and you could probably write something in Python or in C, takes the file decodes it generates the white waveforms and so on.

and it's not a big deal right after a couple days you will have a program that takes that date and generates the output, that's fine.

I know the visual of a waveform may look like this figure. 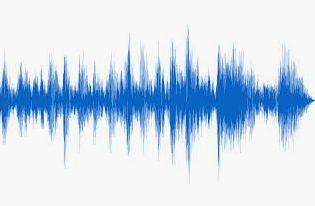 I also know .wave is one type of audio filename extension.

I am trying to figure out what "white waveforms" is.

I understand the approximate meaning that the lecturer is trying to say is playing mp3 file.

So, what is "white waveforms"?

I suspect you might have misheard. I suspect the lecturer said "takes the file decodes it generates the right waveforms and so on" (right, not white).

I was listening that lecture and I think that was just a slip of the tongue. I don't think such thing exists. The closest thing coming to my mind is "White Noise". In signal processing, white noise is a random signal having equal intensity at different frequencies, giving it a constant power spectral density.

However, it doesn't really matter in that machine learning concept. It could be any sort of waveform.