Consider a highly-connected graph of states & transitions where each transition is marked with a weight (representing probability of occurring) and the graph satisfies the Discrete Time Markov Chain (DTMC) property: for each state the outflow transition weights are reals (or just rationals, if that makes a difference) in [0,1] which sum to 1, and the transition weights stay constant in time. So a finite state machine where the system moves through the states probabilistically, basically. For example: 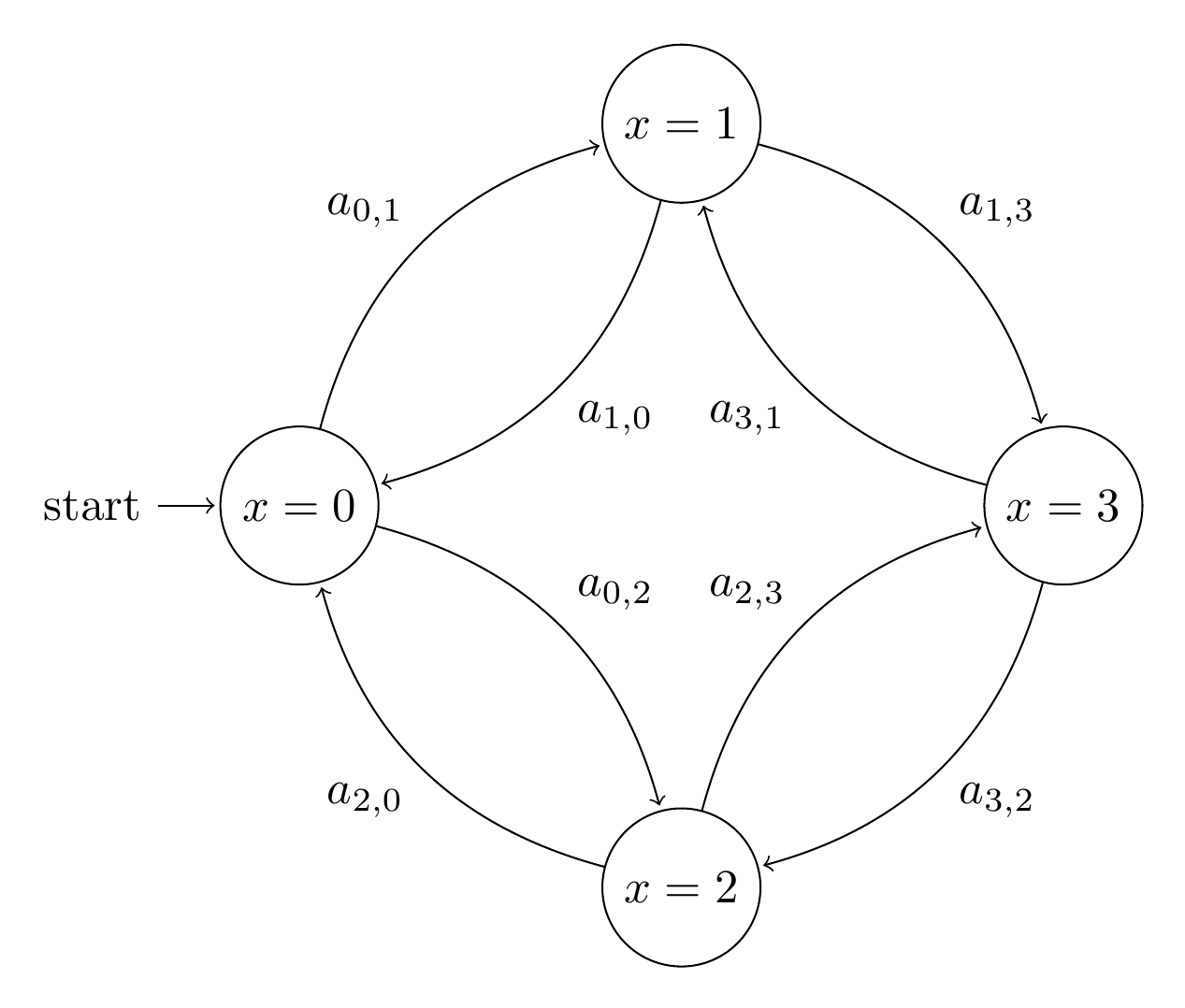 Since it's possible for the system to loop indefinitely before reaching $x = 3$, this equation includes an infinite sum of infinite products and is beyond my ability to solve. How is something like this calculated?

The answer to your question very much depends on the values of the probabilities $a_{ij}$. If all are non-zero, then the DTMC forms one single strongly connected component and the probability of reaching $x=3$ is therefore $1$ (it is $1$ for any state in such a case in fact). This result comes from the Long-run theorem, which says that any finite DTMC eventually reaches a bottom SCC and visits all its states infinitely often.

Have a look at the lecture slides and notes of a course on probabilistic systems. Especially the third and fourth lecture.

Not the answer you're looking for? Browse other questions tagged probability-theory model-checking markov-chains or ask your own question.

3
Is it viable to use an HMM to evaluate how well a catalogue is used?
9
What are Markov chains?
1
Simulating continuous time semi-Markov state machine and changing transition probability on the fly
7
Can the solution to a POMDP be found using linear programming?
3
The transition function in a Markov decision process
2
Convergence of Markov model
0
Sampling Multiple Times From a Markov Chain
2
Modeling a set of probabilistic concurrent processes
0
An algorithm to determine probability of one string appearing earlier than another string in an evenly distributed binary sequence
2
Policy dependent on initial state distribution in finite horizon MDPs