I am interested in better understanding the neural network used in the paper LogicENN A Neural Based Knowledge Graphs Embedding Model with Logical Rules. To my knowledge this is the most advanced and complex knowledge graph embedding.

The neural network is described as follows:

Entity pairs, $[h,t]$ , are input and relations are output. 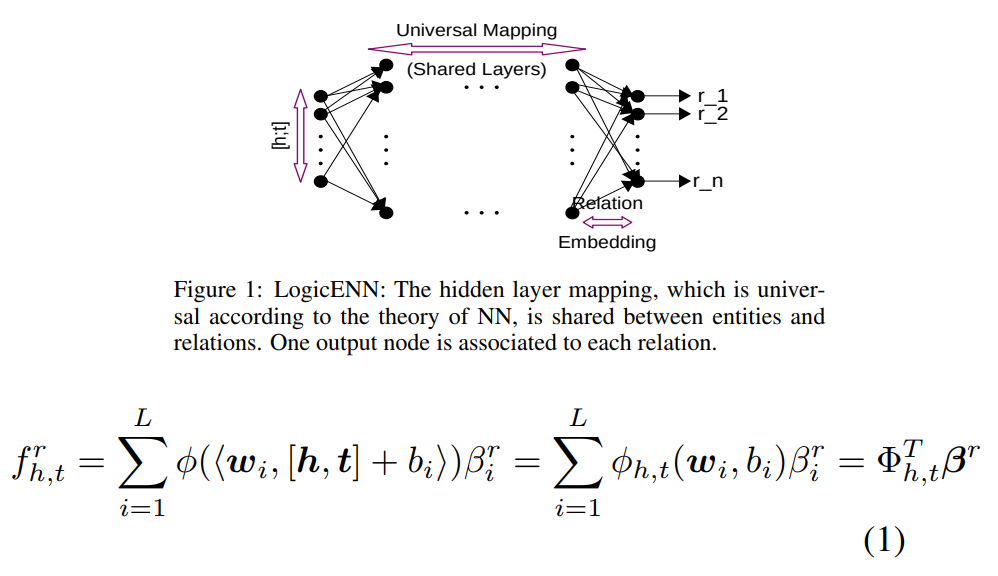 The beta vector are the embedding of relations.

The phi vector is the feature mapping of the hidden layer of the network which is shared between all relations.

This neural network works with a single hidden layer.

The first problem is: when I look at the picture, I think this neural network should have multiple hidden layers but in the text it's written "we use a single hidden layer".

The second problem is: when I look at the picture, I think that there is no direct relation between the outputs and the hidden layers but in text it's written "the feature mapping of the hidden layer of the network which is shared between all relations".

Please, explain this neural network. Any help is appreciated.

Not the answer you're looking for? Browse other questions tagged neural-networks or ask your own question.