Definition of $\epsilon$- closure for epsilon NFA is:

And also, S is a set of all states in epsilon-NFA.

Is this a correct reasoning? 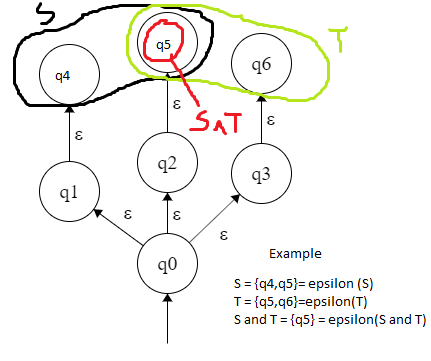 Not the answer you're looking for? Browse other questions tagged automata finite-automata check-my-answer or ask your own question.