I came across following facts:

I came across proof of fact 1 here and of fact 3 here. 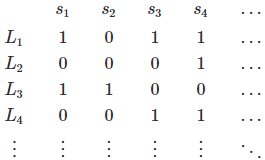 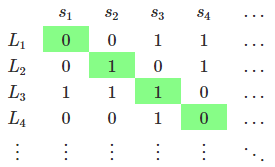 I get both the proofs, but I dont get why approaches followed in each of them cannot be used to prove other fact incorrect. That is:

Not the answer you're looking for? Browse other questions tagged formal-languages discrete-mathematics sets uncountability or ask your own question.

7
Finite representations and programming languages Countably inifite
6
Languages of cardinality higher than $\aleph_0$
1
Countability union of all finite and countably infinite sequences over finite alphabet
1
Is the union of finite and infinite sequences over alphabet of length 1 countable?
3
Is there a non-recursive and uncountable language L?
2
If $L$ is recursive then so is $L^*$, and vice versa
1
Does infinite length strings lead to uncountable languages?
3
Two regular languages over the same alphabet, regular or not regular?