How to delete a node from BST tree with 2 chidren?

Apparently, none of those algorithms works for the next use case (most likely because I am missing or don't understand something). The use case is to remove element 5 from the next tree: 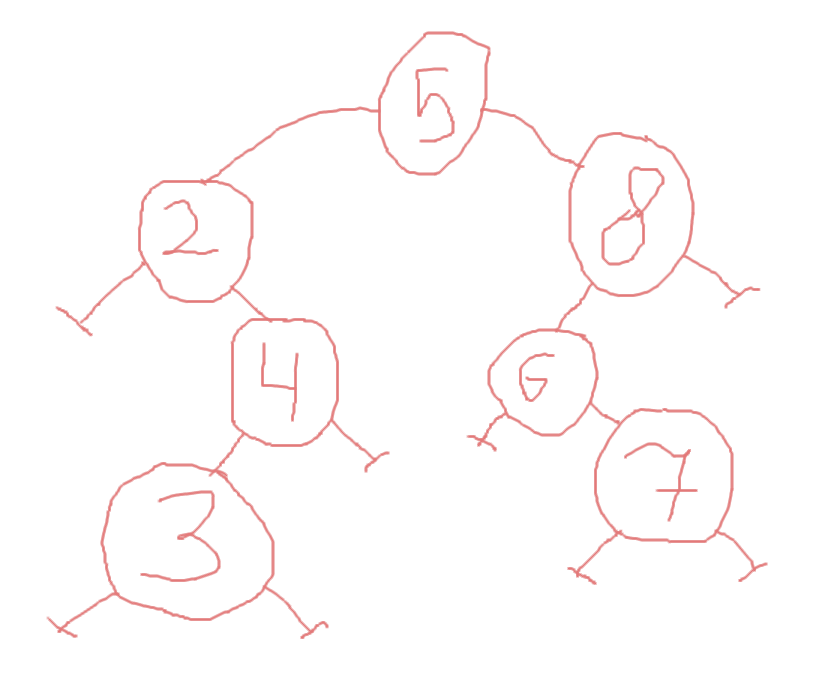 What is the right algorithm for such a use case?

The node to be removed now has at most one child (in case we went for the predecessor it cannot have a right child). If it has no children we delete the node, and we are done.

In case the node has a single child, we remove the node and replace it by its subtree. We again obtain a BST. 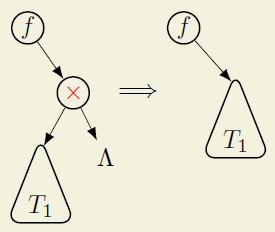 In your example we want to remove 5 and swap it with its predecessor 4. Now 4 is in the root, and 5 has left child 3. Finally we remove 5 and put its child 3 on its place. Now 3 is the right child of 2.

PS. This method is sometimes called "deletion by copying", because values are copied from one node to another. Some do not approve of this process for two reasons. First copying might be an expensive operation, and second references are lost (if another datastructure points to a node with a certain value). Instead one only changes the pointers.

Not the answer you're looking for? Browse other questions tagged trees binary-trees search-trees or ask your own question.

3
Updating an AVL Tree Based On Balance Factors
3
Prove $T$ is a BST iff for every node $x$ of $T$ that is not a leaf, the key of $x$ is larger or equal than the key of the left child of $x$
6
How to select a binary tree node uniformly at random
1
Understanding B tree key deletion step from CLRS algorithm
1
Deletion of record from B+ tree
0
Remove range of keys from Binary Search Tree in O(s+h)