Copy operation in under 9 states?

The machine is tasked to make a copy of the 1’s. When finished, the copy must be separated from the original by a single cell containing a 0. The final resting place for the machine is immediately to the right of the original 1’s. The following graphic shows the cells after the machine has fulfilled its copy task.

I was able to program the machine to perform the copy operation using nine states (S0 – S8).

QUESTION: Is there a way for the machine to perform the copy operation in less than nine states?

The above graphics show just one example, in which three 1’s are copied. Of course, the machine must be able to perform the copy operation on any number of 1’s.

The diagram below shows the nine states that I needed. But first, here is an explanation of a notation used in the diagram: 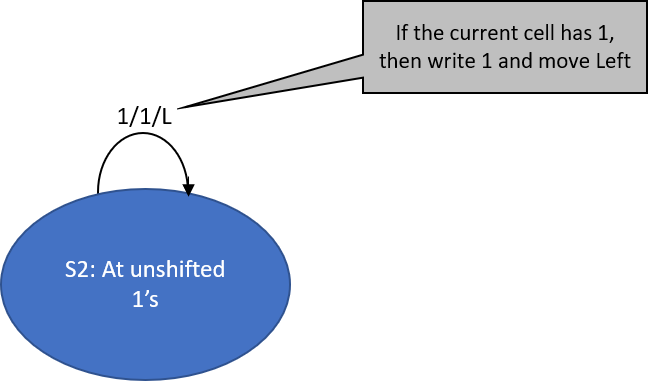 Here is the strategy I used: As described above, the 1’s must be copied. How to know which 1’s have been copied and which remain to be copied? Answer: Shift the leftmost 1 to the left one cell and then copy it. Repeat for the next leftmost 1. And so on. There will be a series of shifted 1’s that have been copied and a series of unshifted 1’s that remain to be shifted and copied. Once there are no more unshifted 1’s, the machine is done. State 0 is the final state. State 1 is the starting state. 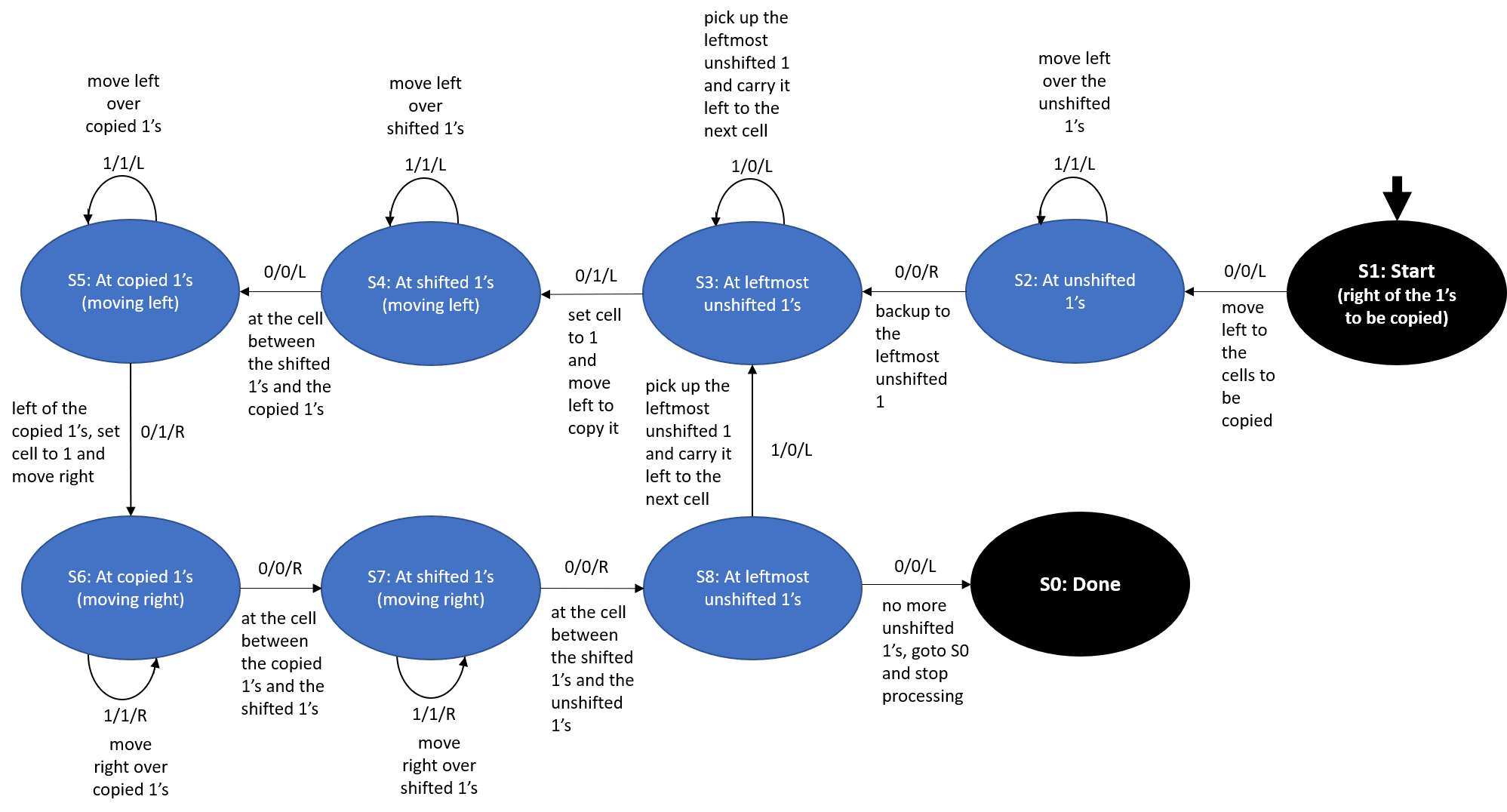 If you count halt-accept as its own state, this has 8 states, so it's at least one better than the one you gave (if this one works). Here's how I'd see it processing your example:

Not the answer you're looking for? Browse other questions tagged finite-automata turing-machines or ask your own question.

2
showing that the pair of Finite Automata are equivalent
2
Turing Machine remembering copied symbols
0
Confusion regarding the Definition of 2 Way Finite State Automata?
1
how to make a Turing machine of a cipher?
3
Every LEFT-RESET Turing machine has an equivalent conventional Turing machine
2
Some basic questions on halt and move in Turing machines