In a two-dimensional grid, there are $n$ "snakes" (sets of contiguous grid-blocks). The snakes do not touch each other. The goal is to cut the grid into $n$ rectangles using $n-1$ "fences" (horizontal or vertical lines along grid lines, from edge to edge or to a previously-built fence). It is allowed to "trim" at most a single sqaure from each snake (by all fences together). 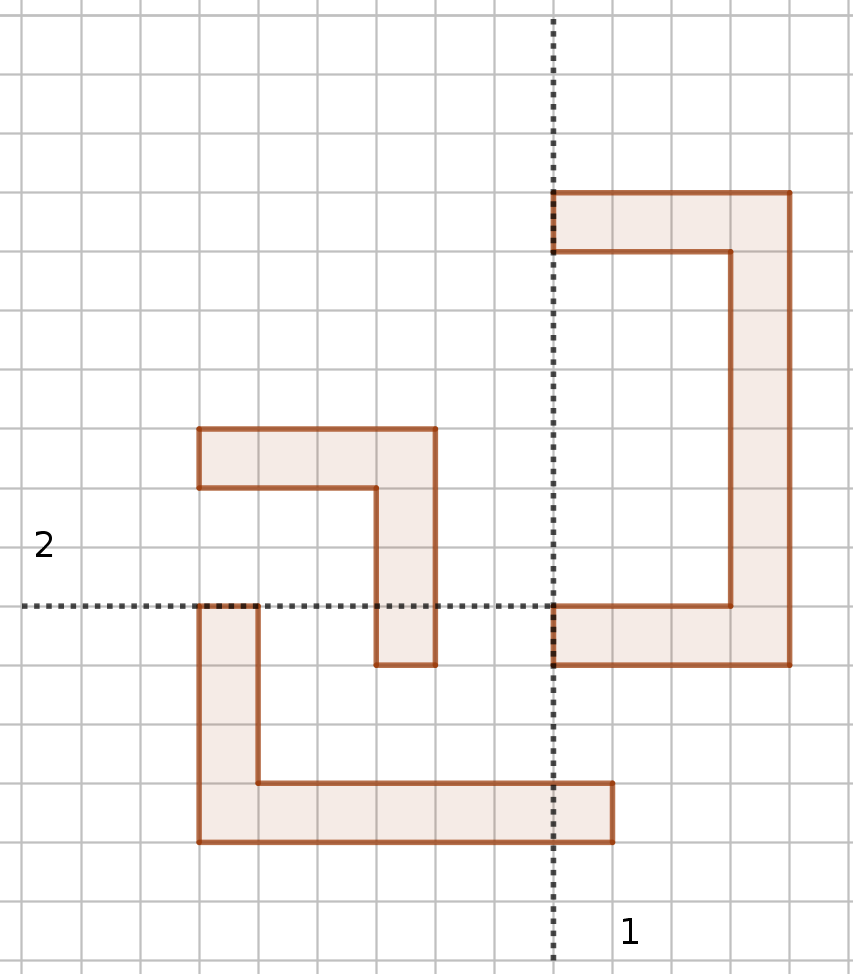 Below is another example with $n=4$ snakes. 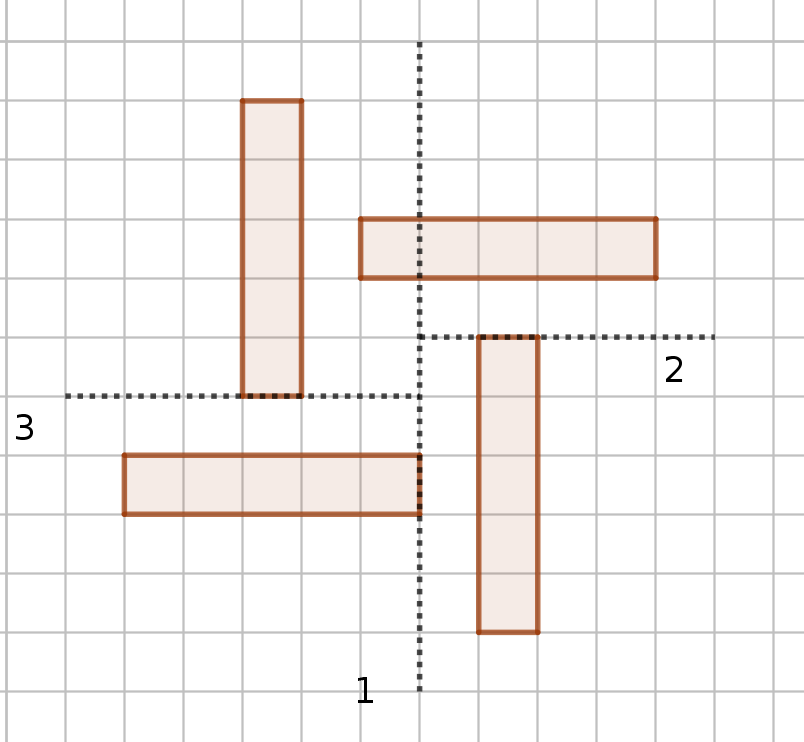 Finally, here is an example where the snakes cannot be separated, since each initial fence would trim at least two squares from one of the snakes. 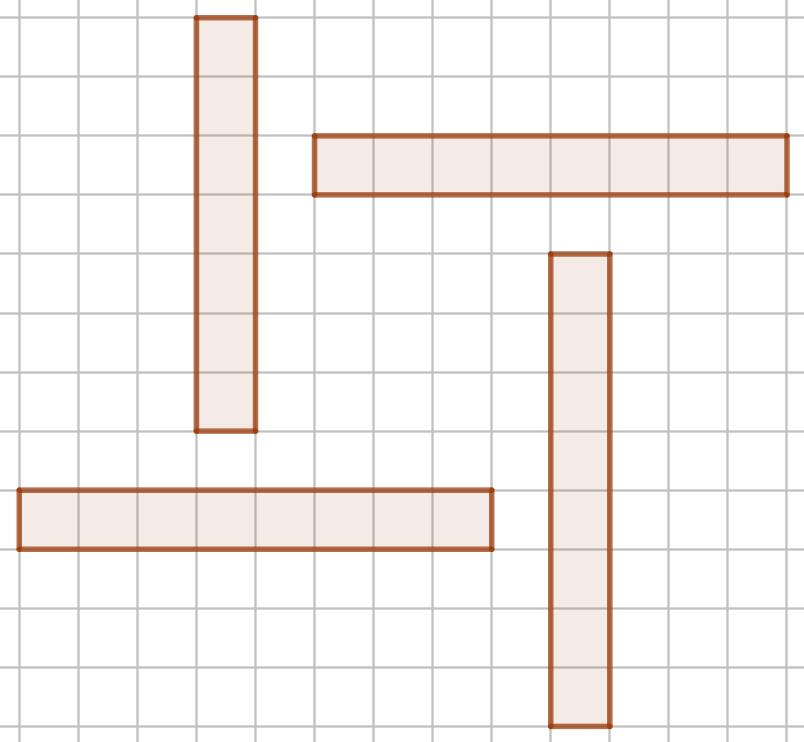 QUESTION: Is there a polynomial-time algorithm for deciding whether or not it is possible to separate the snakes?

NOTE: without the option to trim a single square from each snake, there is a simple greedy polynomial algorithm: at each step, find a horizontal or vertical fence that can be built without trimming any snake. If such a fence exists, build it; otherwise, declare that it is impossible.

This can be solved in polynomial time.

Say that in the input we are given the number of snakes $n$ and for every snake the squares it occupies. Let $m$ denote the total number of squares in all snakes. Assume every snake occupies at least three squares.

Say there are $k$ snakes inside the rectangle. The DP will represent whether we can separate the $k$ snakes with at most $k-1$ fences while obeying the trimming rules.

This DP can be optimised to $\mathcal{O}(n^{5} + m)$ by trimming states from the DP. We can assume that the DP-box doesn't start or end with an empty column or row, therefore there has to exist some snake with the leftmost square in the box, and we can store $x_{0}$ as the index of that snake, and whether the leftmost square in the box is the leftmost or second leftmost square of that snake (It cannot be any square after that, since then the snake would be outside the box). Storing $y_{0}, x_{1}, y_{1}$ similarly gives us $\mathcal{O}(n^{4})$ dp-states. We can further loop the $x$-coordinate of a fence over just the first and last $x$-coordinates of squares of snakes in the rectangle plus minus at most one, as every other fence either trims too much from a snake or would be equivalent to a fence placed directly to the left of it. Loop similarly over $y$. The number of such coordinates is $\mathcal{O}(n)$.

Not the answer you're looking for? Browse other questions tagged computational-geometry discrete-mathematics or ask your own question.

19
Efficient algorithms for vertical visibility problem
5
What are some interesting applications of the skyline problem?
2
How to find the original coordinates of a point inside an irregular rectangle?
2
Reduce the total internal border of a set of touching rectangles (using graphs)
1
Determining the intersections of a line segment and grid