How Intersection of Regular Language and a CFL is a CFL?

CFL is not closed under intersection. That means, if we have L1,L2 of CFL then 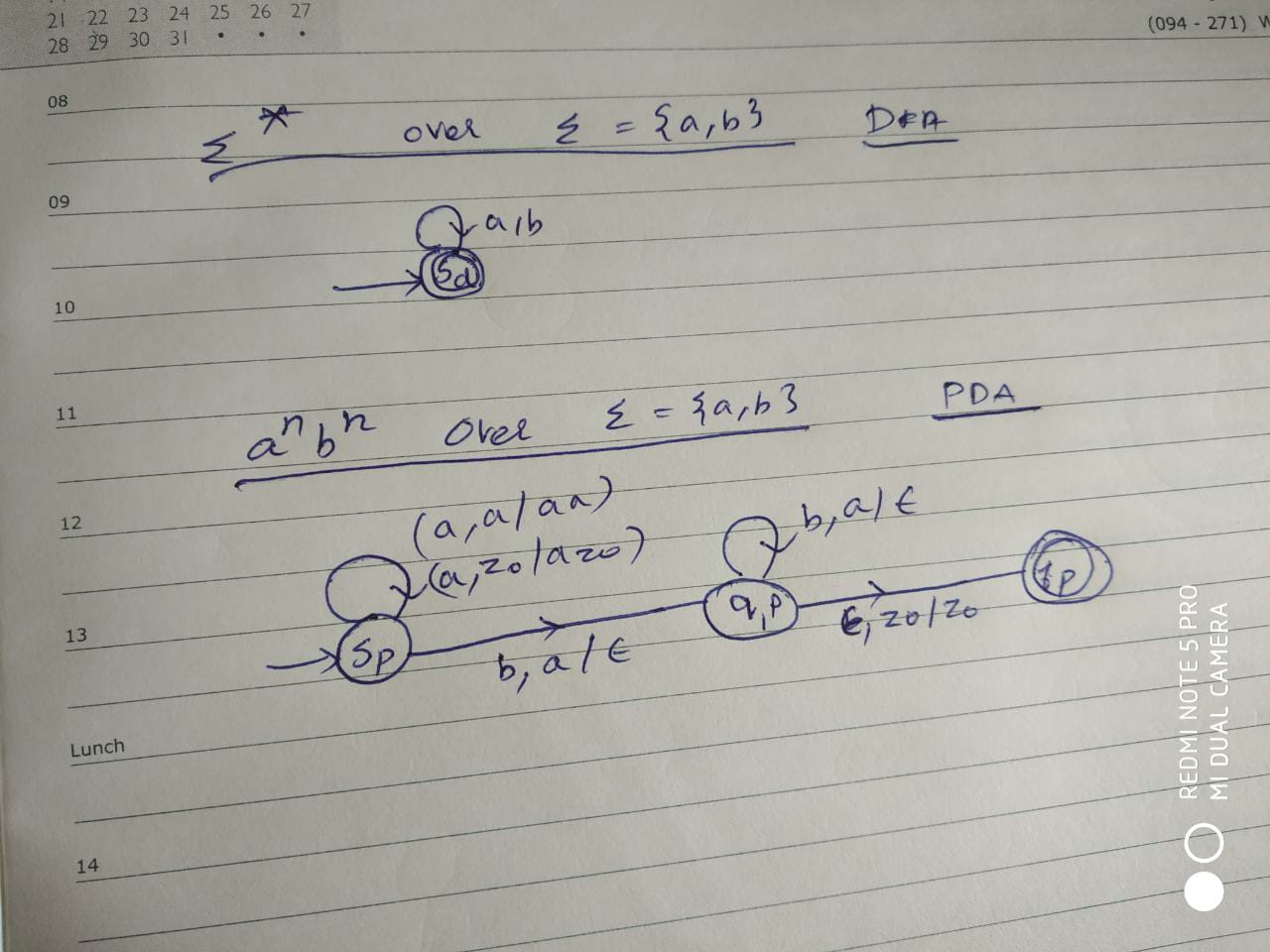 The orthogonal product of a DFA and PDA can be defined as follows:

(in laymans terms, split out the states simulate the DFA and PDA independently and only accept the language when both are in a final state)

There is only 1 stack in this automaton. Thus it is a valid PDA. Therefor the language described by the intersection of a CFL and a regular language is a CFL.

The reason this does not hold for the intersection of 2 CFLs is because you need a second stack for second PDA.

The sticking point is in the first statement:

CFL is not closed under intersection. That means, if we have L1,L2 of CFL then

L1 intersection L2 is not a CFL

As you note, and as Ratchet Freak proves, the intersection of a context free language and regular language is context free.

We can make more complicated examples though:

Not the answer you're looking for? Browse other questions tagged regular-languages finite-automata context-free pushdown-automata or ask your own question.