Is time complexity of the greedy set cover algorithm cubic?

I claim that the greedy algorithm for solving the set cover problem given below has time complexity proportional to $M^2N$, where $M$ denotes the number of sets, and $N$ the overall number of elements.

In the first iteration, the cost-effectiveness of $M$ sets have to be computed.

In the second iteration, the cost-effectiveness of $M-1$ sets have to be computed.

Since everything between $1$ and $M$ iterations may be needed to find the sets that cover all elements, in the mean it may be $M/2$ iterations.

Determining cost-effectiveness requires the computation of a difference which has time complexity proportional to the number of elements.

Hence, the time complexity is dominated by the term $M^2N$.

If the greedy algorithm outlined above does not have time complexity of $M^2N$, where's the flaw in estimating the computation time?

The following diagram shows the computation time per atomic operation versus the test index of 65 tests I ran my code on. The tests range from 6 sets to 1215 sets, and the values on the y-axis are computed as 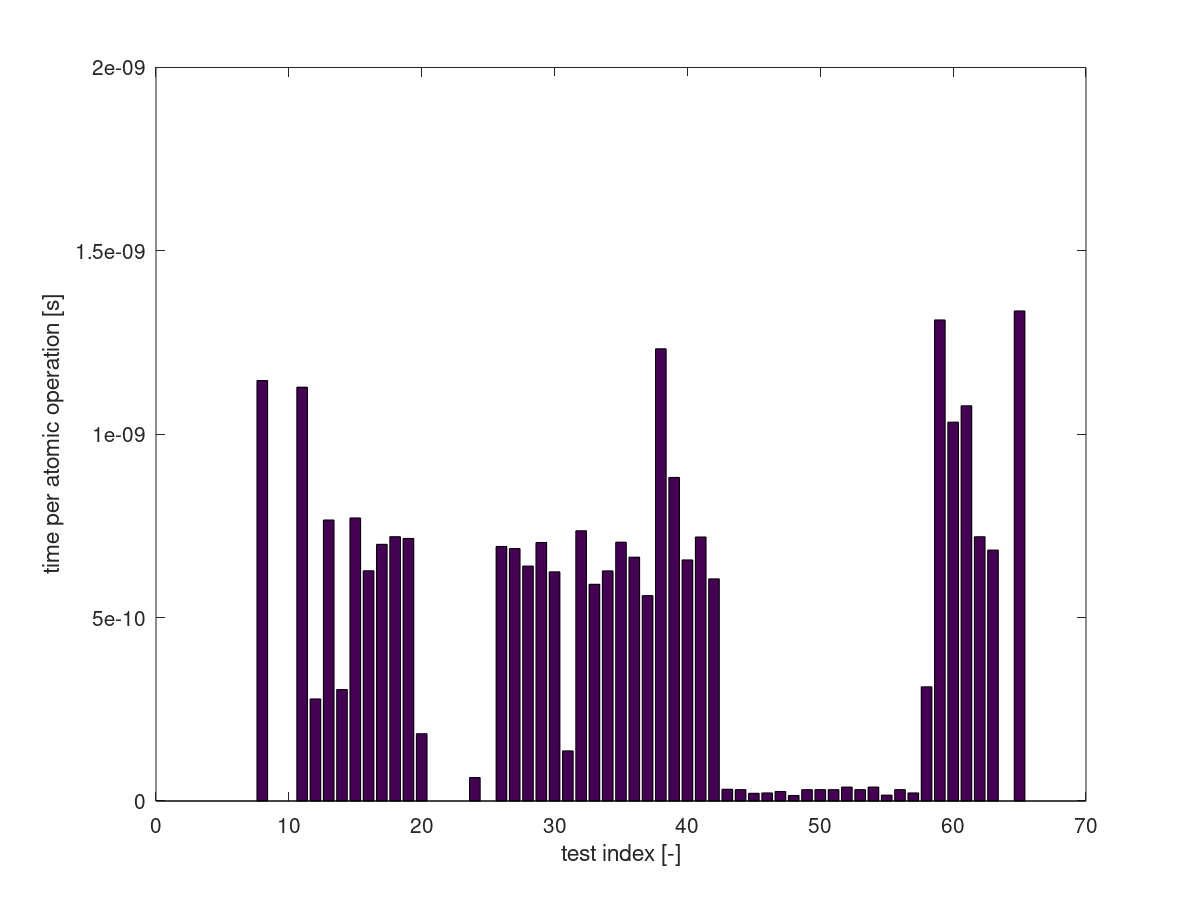 This post cites exercise 35.3-3 taken from Introduction to Algorithms (3e) claiming that the (unweighted) set cover problem can be solved in time

Compared to the naming convention I'm using, this would mean that the problem can be solved in quadratic time $\mathcal{O}(MN)$. But how?

The algorithm still requires to find the set with the maximum number of elements involved, which requires to evaluate every set modulo the recently added one. Hence,

which is quadratic in $M$ again.

Or is there a more efficient way to do so?

My initial estimate of $\mathcal{O}(M^2N)$ does not seem to be that bad. Refering to Introduction to Algorithms (3e), page 1119, last paragraph of section A greedy approximation algorithm, it is said

Dividing the cpu time by this new upper bound, the variance of the time per atomic operation is clearly smaller compared to the upper bound used initially: 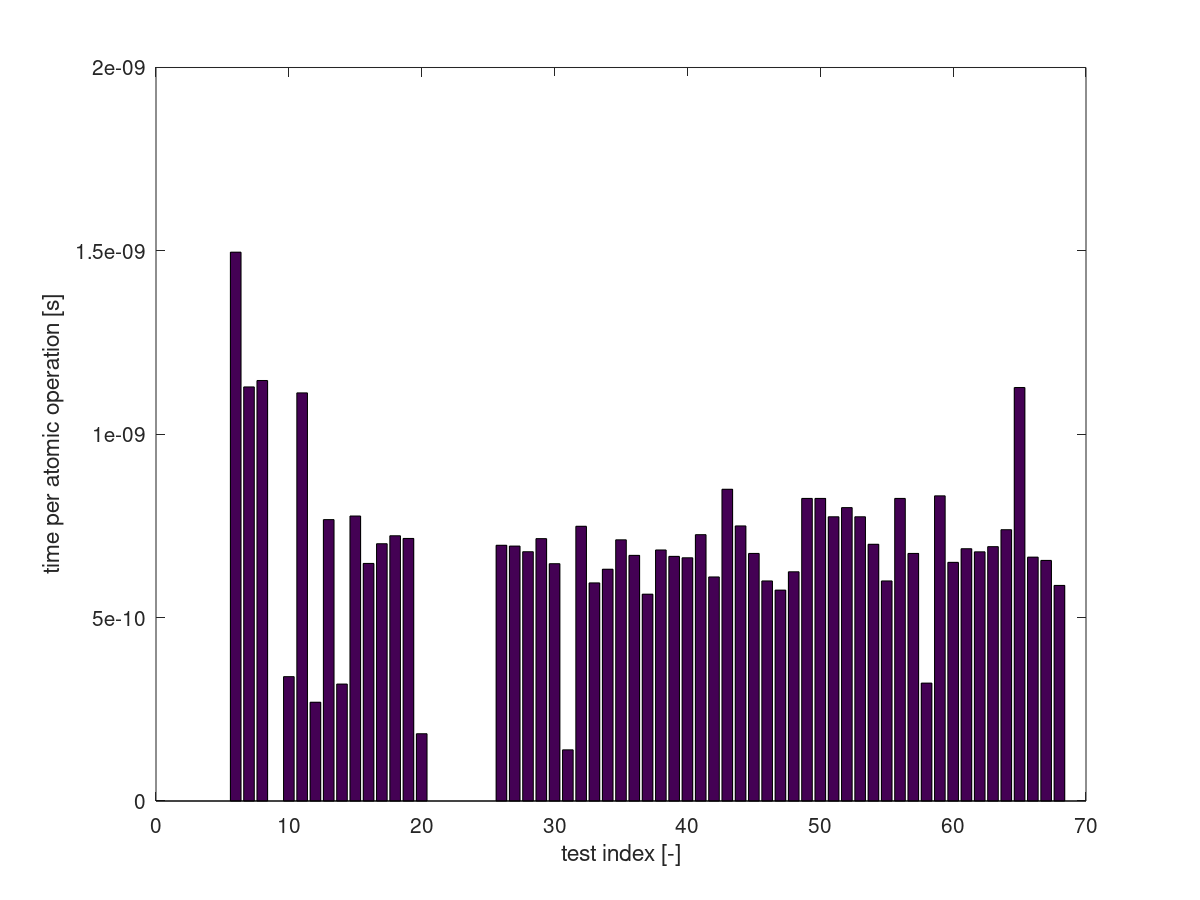 Acc. to Introductions to Algorithms (3e), given a "simple implementation" of the above given greedy set cover algorithm, and assuming the overall number of elements equals the overall number of sets ($|X| = |\mathcal{F}|$), the code runs in time $\mathcal{O}(|X|^3)$. So there are cases when the algorithm behaves cubic.

Not the answer you're looking for? Browse other questions tagged time-complexity set-cover or ask your own question.