Calculate the area of the shape created by multiple paths

I'm trying to write an algorithm to calculate the area created by multiple paths that can be overlapping or not. Here is an example: 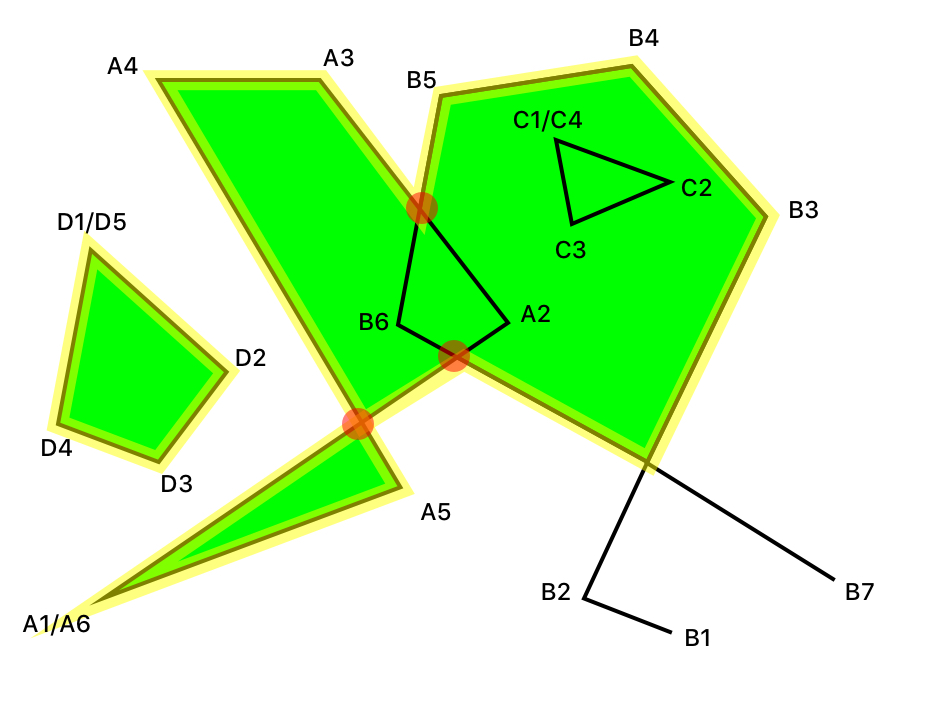 My first question is if an algorithm for this already exists. If it does, it would save me a lot of effort :). I tried searching around but I don't even know how to describe this problem concisely.

Assuming one doesn't exist for this exact purpose I have to move on to figuring it out myself. I'm assuming the right data structure for the job is a graph. I'm thinking I will add points for each intersection (highlighted in red) as I insert paths into the graph.

Then "all I need" is an algorithm for tracing around the outside of each shape because calculating the area of those irregular polygons will be simple. Does something like that already exist? My primary hangups when I think about how to do this are:

I'm not necessarily looking for a complete solution, I'd love thoughts on if you think I'm approaching this the best way so far and if you have any ideas/suggestions on how to achieve this.

With the help from some of the hints on this post and elsewhere, I came up with a solution.

The data structure is relatively simple. It is a collection of Nodes that are connected by Edges. 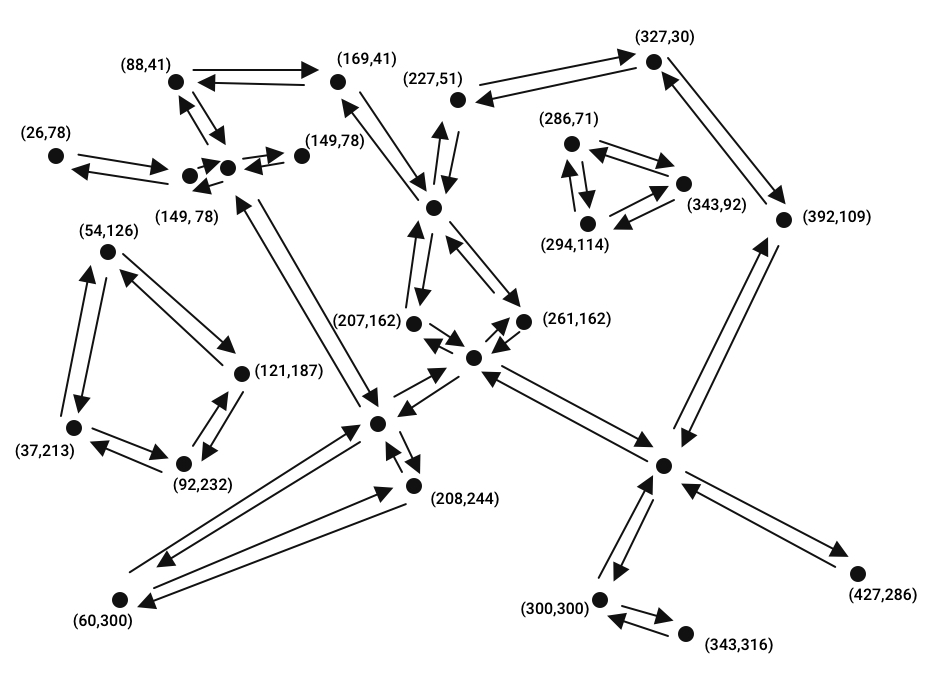 At the end, the cycle will have the points that it is composed of and a count of reflex and non-reflex angles. If there are more reflex angles, it is considered to be an outside cycle and is thrown out. Otherwise, it is included in a preliminary list of polygons to include in the final result.

Repeat this cycle finding process until every edge has been used.

Calculate the Area of Each Remaining Polygon

At this point, we just need to calculate the area of each polygon and add them together for our solution.

It's important to note that in the case where we get to a node and the only remaining edge is the returning edge, it counts as a 360 degree angle and therefore a reflex angle.

Also, it's important to note that each angle of each cycle must be counted towards the reflex and non-reflex count, including the first and last. Otherwise, a plus sign arrangement of simple paths (+) will result in a valid polygon.

All of the cycles from my original example are represented here: 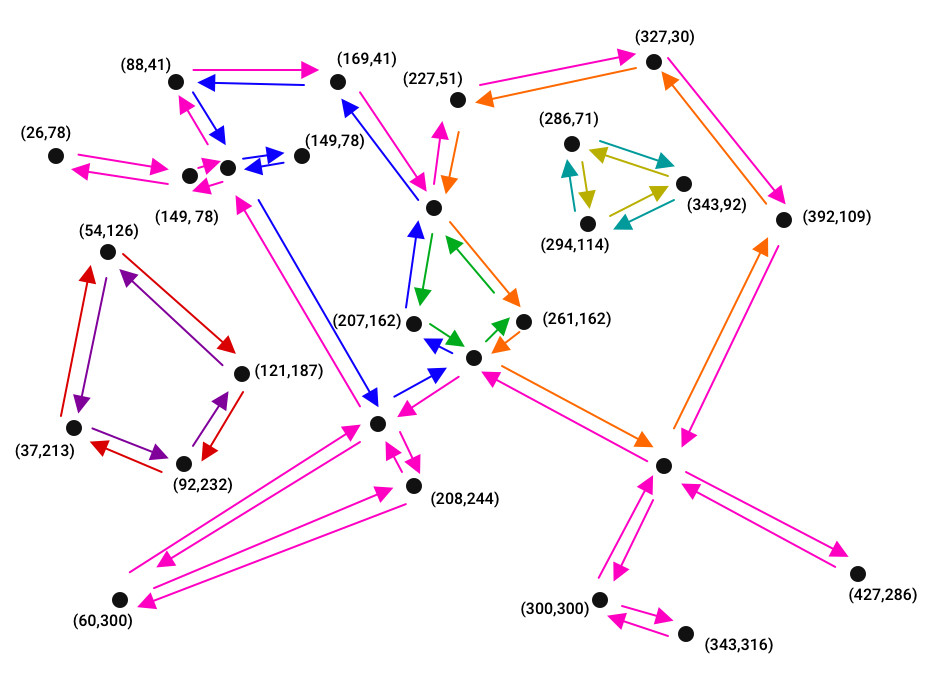 For more information on my process and a walk through of the algorithm, you can see my case study.

1
Shortest continuous path between shapes without passing thru other shapes, in a specific order?
4
An algorithm to find the area of intersection between a convex polygon and a 3D polyhedron?
2
Find shortest path that visits all nodes in a given set of nodes
3
Concave Polygon Intersection - Algorithm
5
Building maze to maximize shortest path, may be given waypoints and teleports