Understanding the Transition points of a BST

I'm having trouble understanding how a path from a node to the root can pass through both the left and the right subtrees of a given node.
Since each node forks the tree, a path (towards the root) comes either from the left or right subtree.
Also, in this picture from the notes of a Demaine's course the transition point Z is drawn above the node y (i.e. closer to the root than y):

I understand that the left region of a node includes the node itself but this seems to reduce the definition to "the root of the right region".
Now, the right region may not even exist, an apparently that's a minor technical flaw.
Clearly, I must be missing something with my understanding of the transition point definition.

What's wrong with my interpretation?

For example, given the following tree 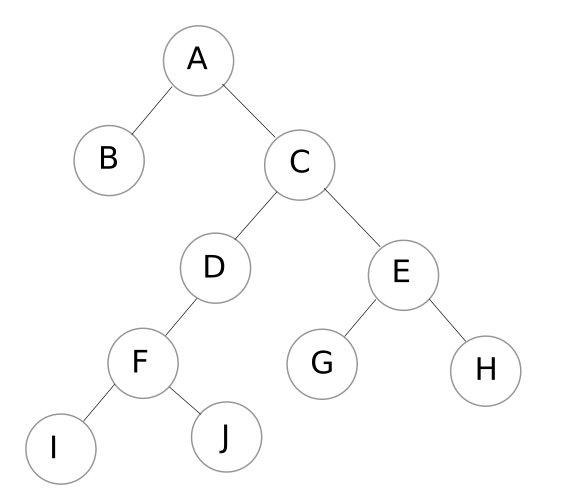 For the nodes B, D, G, H, I there is no definition of the transition point (because there is no right region in the first place), assuming I understood the linked answer correctly.

The left and right regions of the remaining nodes (F, E, C and A) should be these ones 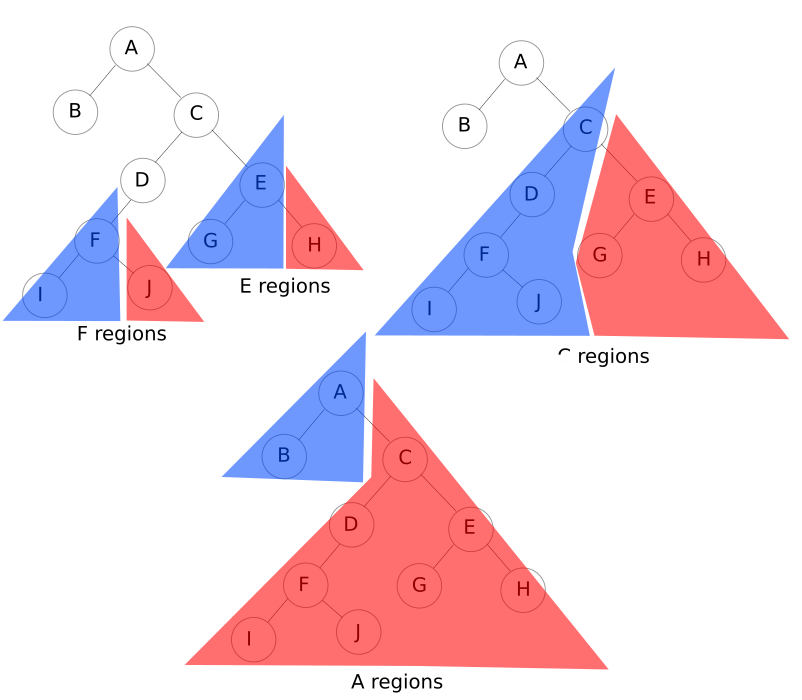 Now, since the path from transition point to the root must include a node from both regions (of a given node y) and since these regions' nodes are, by construction, at least as deep in the tree as y (i.e. at the same distance from the root as y or farther away), the transition point cannot be above y (when drawn in a picture of the tree).

Finally, for a path (to the root) to cross both regions it must originate in the right region and pass through y.
That's the only way I can imagine such a path. Then, since the transition point must be of minimal depth, the root of the right region seems to be the only candidate.

In the picture below the light-green arrows depict the path from the Transition point to the root. The transition point is the node close to the rounded end of the array. The dark-green stars mark the node in the left and right regions (of a given node) the path goes through. 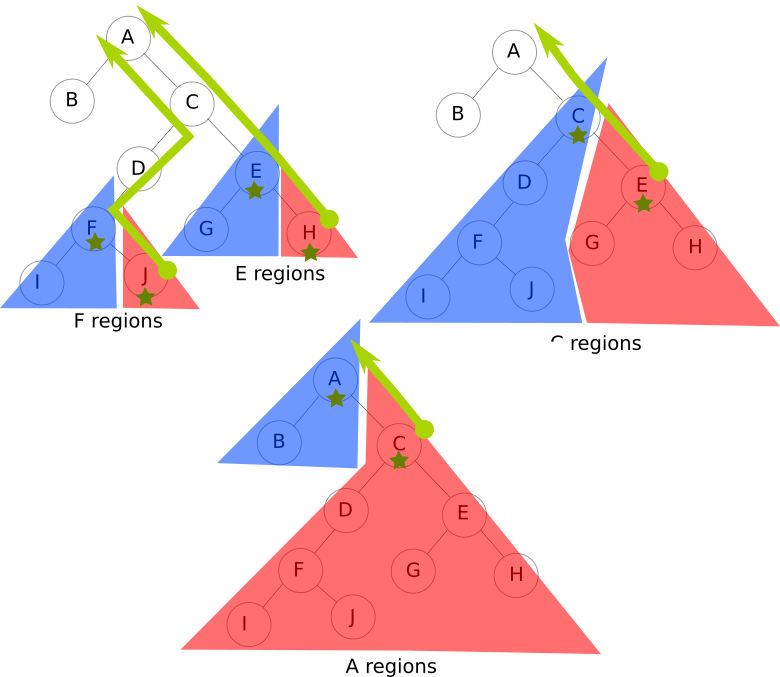 So, in this example, the transition points should be C, E, H, J.

But I'm sure something's off, it would be great to have the correct transition point worked out for one node of the tree in the example.

Browse other questions tagged binary-search-trees definitions or ask your own question.

5
Corner cases in the Interleave Lower Bound for BSTs