What is the difference between directed graph and bidirectional graph? 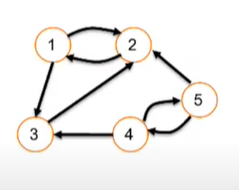 Is the graph above bidirectional? The image in wikipedia confused me a lot, before I heard about something called as bidirectional graph, I would say the above one a directed graph, but I am not sure now.

The following would be an example of a bidirected graph. Notice there is an arrow head on both sides of each edge of the graph.

There are three types of edges of a bidirected graph.

Bidirected graphs are not common in my experience. This is just from a quick read of the Wiki article.

Not the answer you're looking for? Browse other questions tagged graphs data-structures or ask your own question.