I have been practicing problems on graphs and shortest paths and I encountered a problem that I'm struggling to understand.

Can you give me any tips and/or can you confirm that I got the general concept of the problem right?

In a given undirected weighted graph $G=(V,E)$ and an integer $k$ and edges with positive weights, the starting point is node $v_0$. You have to visit every node from $v_0, v_1, v_2, \dots, v_{k-1}$. If you visit any of those $k$ nodes you are allowed to create a portal in them. You can only make portals in those $k$ nodes. From one portal you can teleport to any other without any cost to the path.

You have to create a function double shortestPath(int k) that returns a shortest path to visit all $k$ nodes using teleportation system (if necessary).

I sketched this graph and tried to understand the problem here. Lets say we have to visit nodes 0,1 and 2. 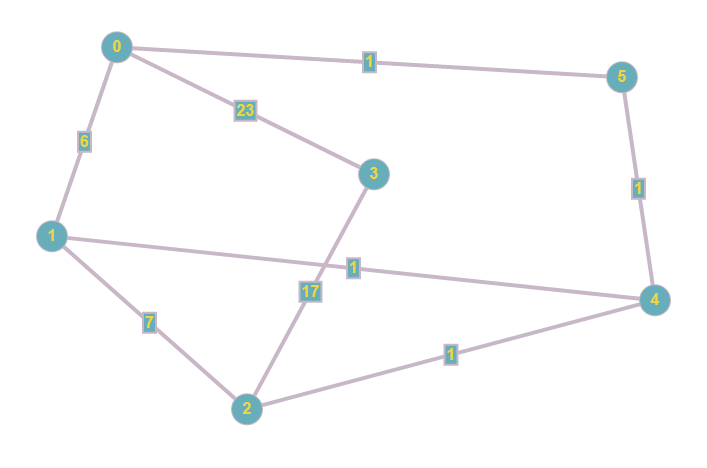 Can someone tell me if I understood this problem correctly and maybe give some tips on how to implement the algorithm?

You can do this in polynomial time with a greedy algorithm by always traveling to the nearest un-visited terminal, and dropping a portal in every terminal.

The crucial observations are these:

Edit: This answer is updated. The previous answer was based on Steiner Tree. 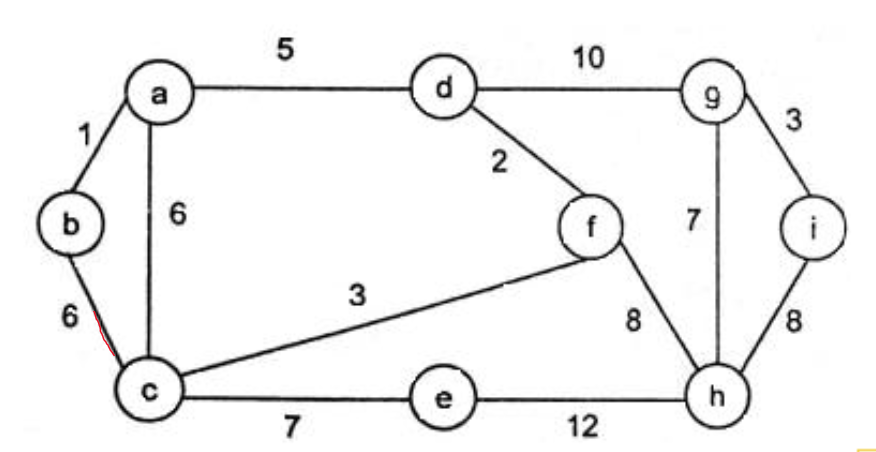 Lets try and apply Steiner algorithm to this graph where $b,e$ and $g$ are terminals. Starting point will be node $b$. Closest of nodes $e$ and $g$ to the node $b$ is node $e$ with cost of $6+7=13$. So, for now, we have a subgraph with nodes $b \rightarrow c \rightarrow e $ . Finally we need $g$ in our subgraph that will make a minimum spanning tree which would cover terminal nodes. The closest node in our graph to the node $g$ is $c$ with the cost $15$. Thus our final subgraph will look like this: 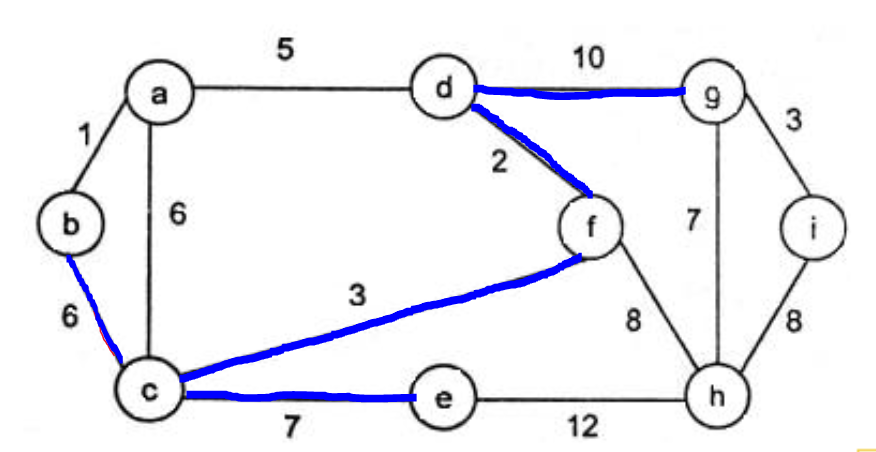 With the Steiners algorithm I could use the subgraph to traverse it with portals (still have no effective idea of changing Steiners algorithm to work like this). But the problem is, if we take a look at the graph we see that the best possible subgraph would be made of nodes $b,a,d,g,c$ and $e$. Lets explain why.

This would apply in the case I understood Steiner algorithm correctly and would be pleased if You could confirm it.

Not the answer you're looking for? Browse other questions tagged shortest-path dijkstras-algorithm or ask your own question.

19
Shortest Path on an Undirected Graph?
8
Minimum distance between start and end by going through must visit points in a maze
1
Finding the Shortest Path that connects k nodes in a graph
0
Is this a correct description of Dijkstra's algorithm
2
Retrieve shortest path between two nodes using Bellman-Ford-Moore algorithm sequentially
2
Given all pairs shortest paths matrix, find graph with minimum total sum of edges
0
Shortest path form node X to nodes A, B, C in graph