Why is this automaton considered DFA? 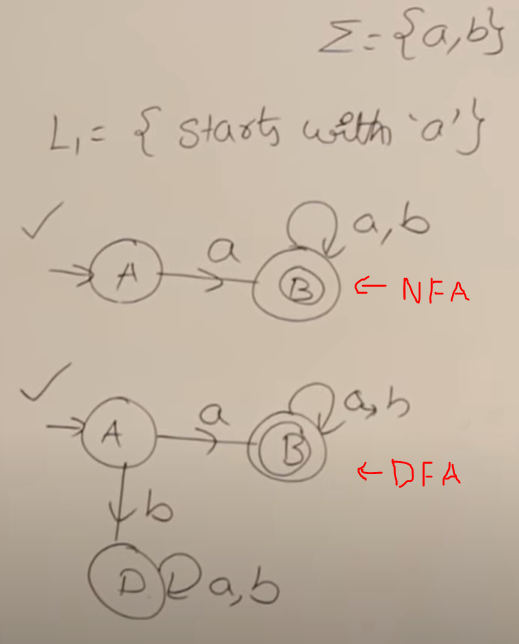 But when I went on this Automaton simulator and it generated an example of a DFA for me, I got confused because its the same as the NFA example above: 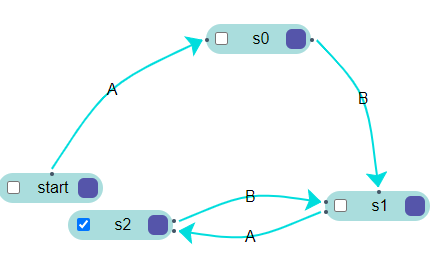 It doesn't have an option for when the input string begins with b. So what's going on?

Some people in the literature (very few actually) do not consider missing transitions as nondeterminism, and given a DFA, they allow themselves to remove all transitions that lead to states from which we cannot reach an accepting state. The reason for that is technical, as sometimes it may simplify proofs a bit. Or it could be a matter of taste.

Intuitively, allowing missing transitions is justified as nondeterminism, or guessing occurs only when we have a choice, that is, when we have at least two transitions $\langle q, \sigma, s_1 \rangle$ and $\langle q, \sigma, s_2 \rangle$, going out from the same state $q$, and are labeled with the same letter $\sigma$. So, DFAs with missing transitions, or more accurately NFAs such that for every state $q$, and letter $\sigma$, it holds that $|\delta(q, \sigma)|\leq 1$, are considered deterministic in the sense that they have at most one run on a given input word.

Bader Abu Radi is right. In short, there are unfortunately competing definitions used by different people on this matter:

0
(Finite Automata) Why the following is a NFA?

2
NFA to DFA convertion explanation
1
Proof that $A_{DFA}$ is decidable in Sipser
3
A string that takes a DFA from any state to a given state?
6
Why is the number of states for DFA is 3n + 1 for this language
2
The order of ε-transitions in NFA
1
When can a Non-Deterministic Finite Automaton with Epsilon transitions considered to be in an accepted state?
1
Conversion of $\epsilon$-NFA to a DFA
3
Can a non deterministic finite automaton go into infinite loop?
0
When you convert epsilon NFA to NFA, how do you decide the final states of resultant NFA?