(Finite Automata) Why the following is a NFA?

The first one seems like a DFA. Could someone explain why this is a NFA? 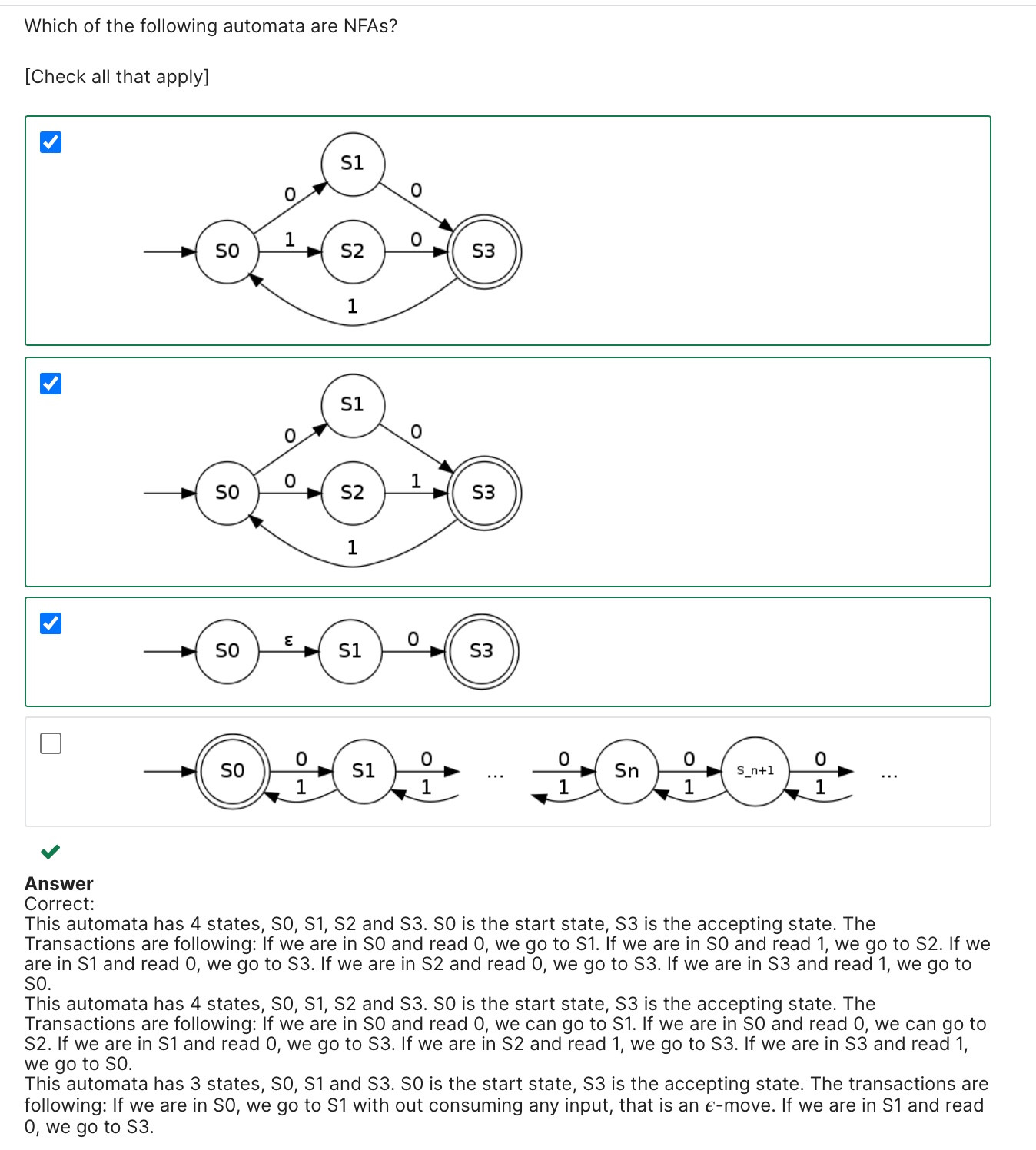 Here is a similar question:

One thing which is confusing here is that none of the given examples are DFAs or NFAs. Rather, they are pictorial representations of automata. Most of these pictorial representations can be interpreted as NFAs, and some can also be interpreted as DFAs. There would be no ambiguity if the automata were given as tuples, since the transition function of a DFA has signature $Q \times \Sigma \to Q$, whereas the transition function of an NFA has signature $Q \times \Sigma \to 2^Q$.

There are two explanations that work:

If you look at the first one, states S1 and S2 don't have a transition for 1, and for state S3, there is no transition for 0. One of the comments mentions that it is common to ignore some transitions in a DFA and have them go to a dead state, but by definition, a DFA must be fully specified. Omitting transitions is just a convenience for some people, but isn't universal.

Not the answer you're looking for? Browse other questions tagged finite-automata regular-expressions compilers or ask your own question.

4
Why is this automaton considered DFA?

8
Practical application of Finite State Machines
4
Converting NFA to DFA
1
Why the given NFA is not possible
2
Can DFA with output (definition?) match expressiveness of NFA with unique output?
3
How Can I Recognize When to Use ε-Transitions in an NFA?
9
Why should we study all the three forms of representation of finite automata?
0
Why do we take null closure two times while converting from Epsilon-NFA to NFA?
1
In which environment we use NFA(Non Deterministic Finite Automata)?
9
Non-deterministic Finite Automata | Sipser Example 1.16
0
Read regular Expression from NFA