MCTS how to prevent Selecting a TERMINAL state in TRAVERSAL Phase? 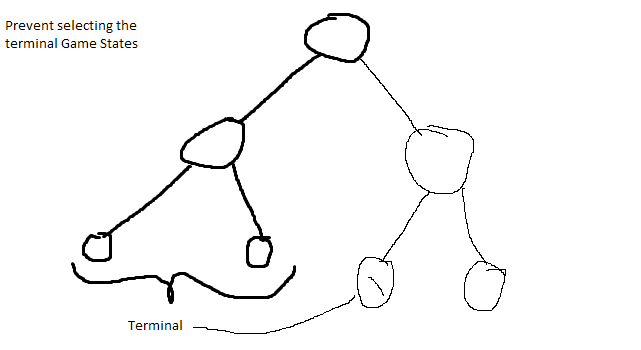 What you can do is to add a counter $t$ to each node, initially 0, indicating how many of its children are terminal.

When $t = c$ where $c$ is the number of children of a node, the node itself becomes terminal and increments the $t$ counter of its parent. Note that with this definition leaf nodes are automatically terminal, as they have no children, giving $0 = 0$.

As one more optimization, if a node has a terminal child that is losing, you can immediately mark its parent as terminal and winning.

Then, during selection you can ignore any terminal child.

Not the answer you're looking for? Browse other questions tagged trees monte-carlo minimax or ask your own question.