Compilers: How to see "the number of grammars where there exists a string that has at least two different left-most derivations"?

Could someone tell why "G1 and G3 are ambiguous" and how to see whether a string has at least two different left-most derivations in general? 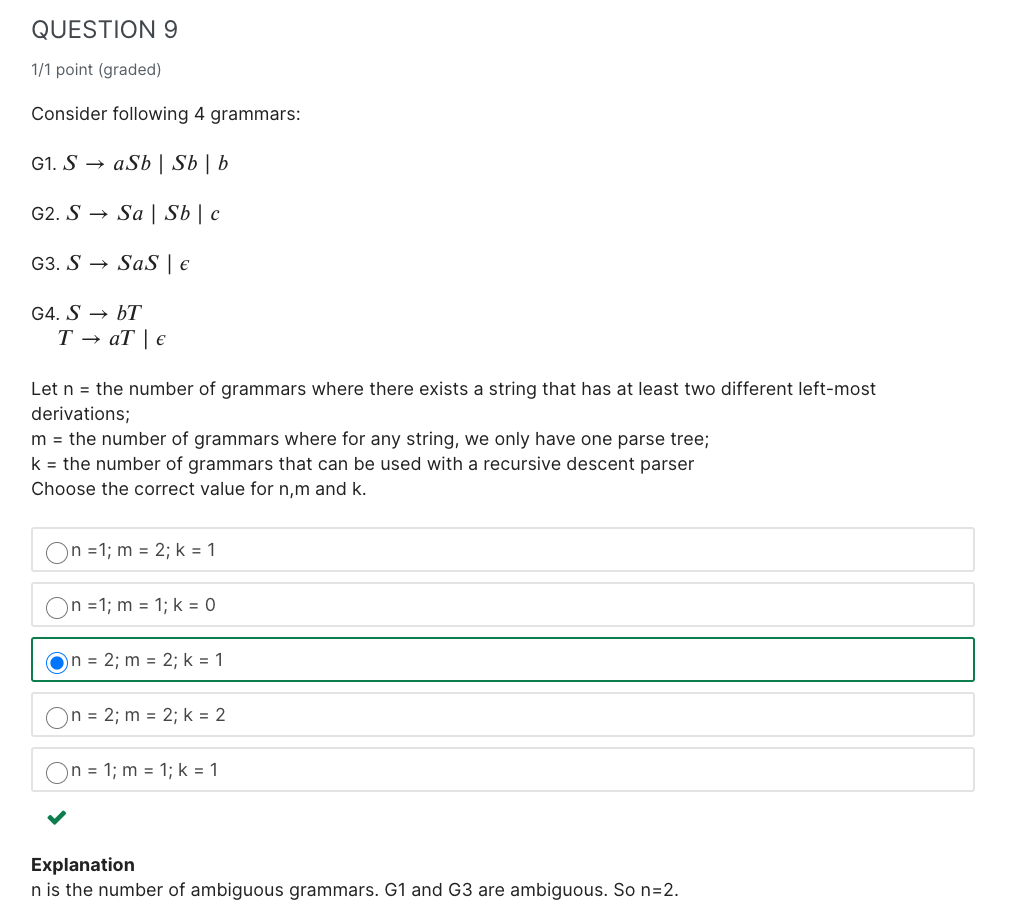 Although the problem of detecting whether a grammar is ambiguous is, in general, undecidable, for toy grammars like this it is usually pretty easy to find ambiguities by simply enumerating the possible (left-most) derivations until you derive the same sentence in two ways.

For example, $G_1$ has just three productions $S\to a S b \mid S b \mid c$, and none of them has more than one non-terminal on the right hand side. So there are only four derivations of three steps, and it's easy to see that two produce the same sentence.

$G_3$ does have a production which produces two non-terminals, so there are a lot more short derivations. Even so, it shouldn't take you very long to find two derivations for the same sentence.