Drawing Zonotopes from an Adjacency Matrix

Define a "simple zonotope" to be a regular $2n$-gon which is tiled by the following rule: all tiles are rhombi. They key point here is that rhombuses have equal side lengths (say equal to 1), but their shapes are allowed to vary arbitrarly. Here's an example of a 12-gon zonotope: 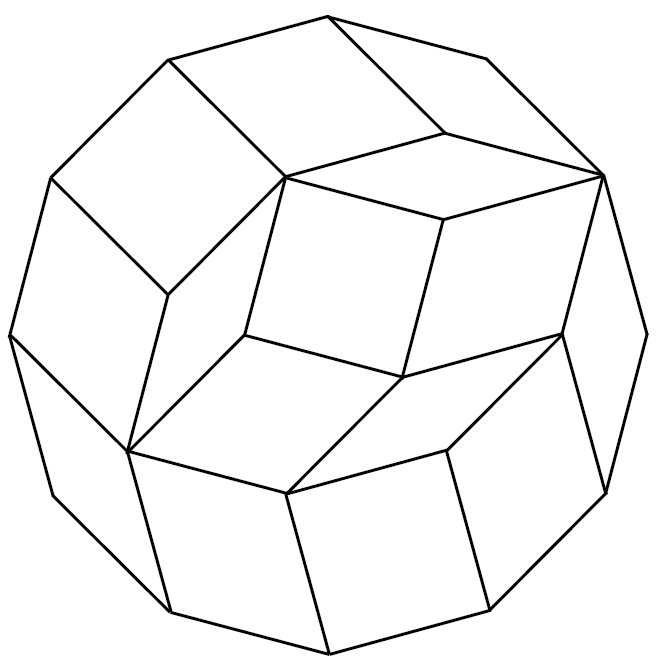 There are many characterizations and properties of these objects. For example, one can encode a zonotope using $2n$ vectors (one for each outer edge) since we can just translate copies of each vector.

What I would like to do is the following: I have the adjacency matrix of a graph that I believe to be a simple zonotope. Specifically, you can assume that we are starting with a planer geometric graph, in that I have an adjacency matrix, in addition to having (x,y) coordinates of each point. In other words, it's fairly straightforward to identify which vertices go to the outer vertices of the $2n$-polygon.Here's an example of a geometric graph that I could have: 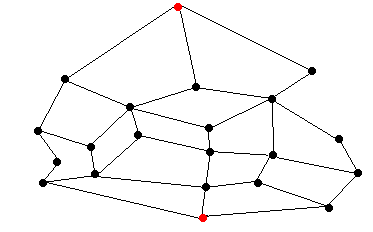 In the above picture, the two red vertices indicate the north/south poles of the zonotope they are mapped to (which happens to be the zonotope in the first picture).

Question: What is the most painless way of drawing the simple zonotope from a given adjacency matrix plus geometric graph coordinates?

Some observations: part of the algorithm is somewhat clear to me: one should work from the outside in. Once a specific rhombus side has been identified, all sides below it must be the same until we run into the opposite side of the zonotope. However this all seems very computationally expensive. I am honestly not preferential to any specific solution. I would even accept something akin to attaching springs to vertices and then running the algorithm until the graph converges to a zonotope.

Browse other questions tagged graphs computational-geometry mathematical-programming or ask your own question.

2
Find Cycle Length
1
Complexity of Verification for Clique with Adjacency Matrix
1
Find total count of all paths starting from a fixed vertex to all other vertexes of the graph
2
Like transitive reduction, but removing vertices rather than edges?
2
Number of `m` length walks from a vertice with steps in [1, s]