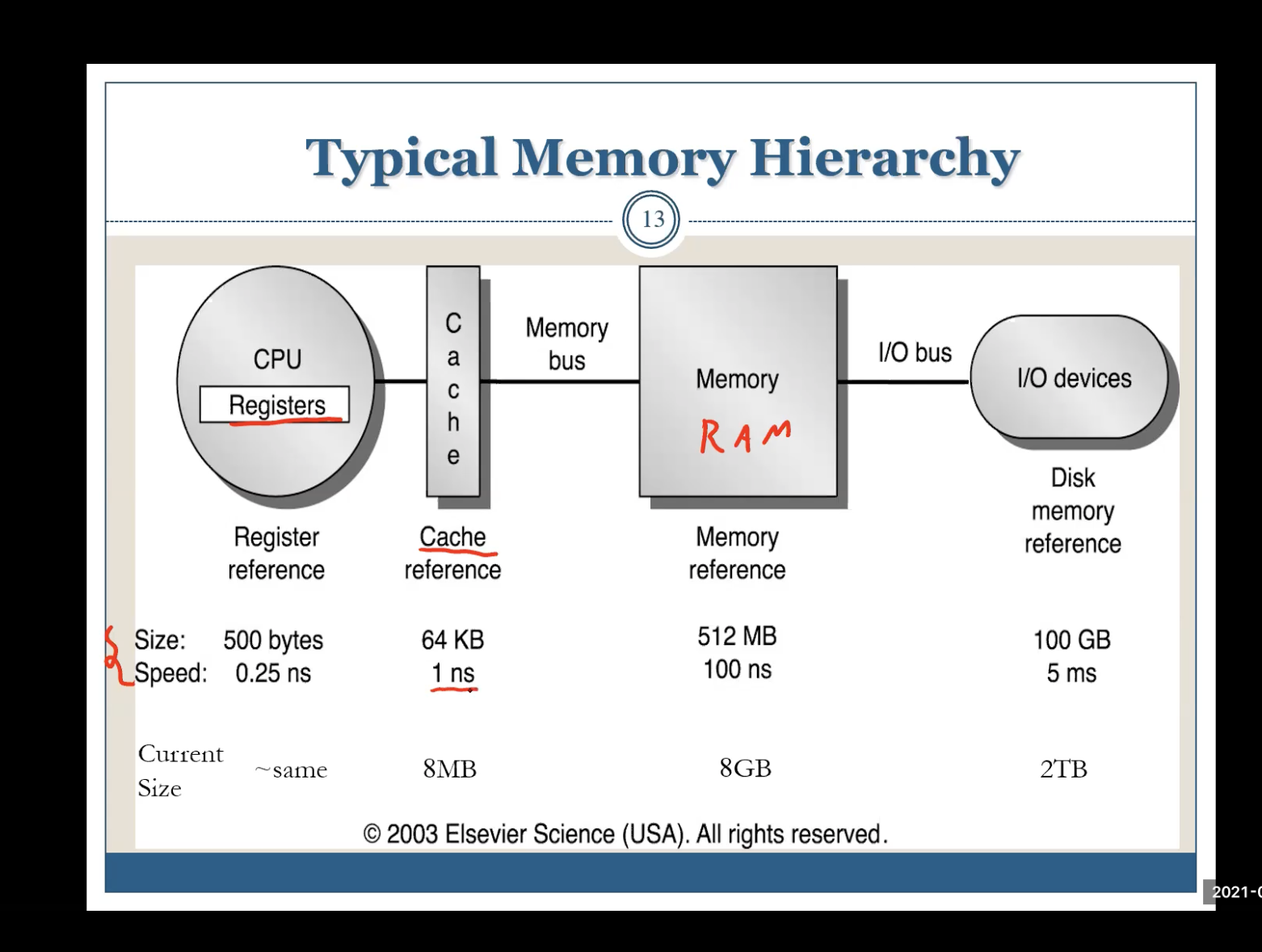 I've got a few questions related to the different types of memory that we can find:

To my understanding, since there are registers that are close physically to the CPU, these are much faster to access, same goes for the cache that is further to the CPU but still relatively closed, and the RAM which is further than everyone else and which is the slowest to gain access too. My question is: Why can't we simply put all of the RAM memory close physically to the CPU since apparently this is what is required in order to be fast. Is there another criteria to being fast apart from being close ? As I've seen, apparently since the RAM has a bigger memory size, the address in bits to access a register is longest and therefore require more time to gain access to the latter register. What if we had let's say 1000 units of cache memory each one size 8mb, in order to have a fast access to each one of them and still store 8GB of memory ? I think this would fail because since we have 1000 cache units, we'd still have to precise which one of the units we would want to have access to and therefore we'd still have the problem of having more bits in the address (at least I think so), if not, why would this logic fail ? Thank you for your help

Geometry works the same on the CPU as it does everywhere else: why don't all your neighbors live directly next door to you? Well, because your neighbors are taking up that space, so you simply can only have two direct neighbors. Everybody else has to live further away.

There are actually already 3-dimensional designs where the memory is stacked on top of the CPU, in order to be able to bring more memory closer to the CPU. But that only pushed the problem out, it does not solve it.

There is, however, a whole slew of other reasons, not just geometrical ones, why we have a memory hierarchy and not just a single flat memory. The main problems are that, in general, faster memory is also

And even if you were to use only the fastest memory technology for all your memory, you quickly run into problems with the fundamental speed limit of the universe: the speed of light. As a general rule, our systems are designed in such a way that a single clock pulse must be able to propagate through the entire clock domain within a single clock cycle.

This means that no matter how close and how dense we pack our memory to the CPU, there comes a point where we cannot clock the memory with a high clock rate anymore. The further away we get, the lower the clock rate. But then it doesn't make sense to use the super-expensive, super-fast memory anymore, if we have to make it slower anyway. It makes more sense to use the cheaper, more dense, more energy-efficient memory.

Obviously, not all of these levels exist in all systems. This is an extreme example of a multi-core, multi-CPU, multi-node NUMA cluster with a separate storage network – my laptop doesn't have #6, #8, #10, #11, and #12, for example.

#8 only exists in so-called "NUMA" systems (Non-Uniform Memory Architecture), i.e. systems where not all RAM is "created equal". Typically, these are systems with a large number of CPUs, where it is not feasible to give all CPUs the same access to all of the RAM. Instead, the RAM is split into parts and typically one block of CPUs has direct access to one block of memory, and if it wants to access the rest of the memory, it typically has to talk to the CPU(s) that "own(s)" that block.

As a closing remark, I want to say that while the answers here have shown why your idea doesn't work, that does not mean that your idea is stupid! In fact, your idea is pretty much the Holy Grail of storage technology, and every couple of decades, a new technology comes along that tries to be fast, cheap, dense, energy-efficient, and ideally even non-volatile, at the same time, so that it can replace a large portion of that memory hierarchy.

However, as of today, none of those technologies have been able to live up to the hype, so to say: MRAM, FeRAM, T-RAM, Z-RAM, and many others. The latest entry being Intel's / Micron's 3D XPoint (better known under Intel's marketing brand Optane).

You can find a picture of an M1 chip where memory and CPUs are on the same physical chip. You’ll see that memory is bloody big, and you can’t move all of it close to the CPU.

The real reason is cost. L1 Cache can move data from/to several registers simultaneously and very fast. That makes it very expensive per byte. Nobody would be able to pay for even 1MB of L1 cache, and RAM is thousand times bigger. L2 cache uses a technology that is slower and cheaper but allows more storage, cheap enough that you can afford a few megabytes.

You will always have different technologies at different costs, and in that case you get the best results by mixing a tiny bit of super fast, super expensive, and a bit of slower, less expensive, and a lot of cheap and slow memory.

Not the answer you're looking for? Browse other questions tagged operating-systems cpu or ask your own question.

4
How does the OS know the physical address of a process' first memory page?
1
What can give physical access to CPU?
2
How are CPU architecture and word size related?
2
How can a 32bit CPU have an addressable memory size of 16TB?
0
How to know the width/size of a IR (Instruction Register)