eliminate left recursion of below grammar

I eliminated B from the grammar and it converted to:

But I can't eliminate loop recursion between A and S.Was it a good solution I removed the B at first? How can I solve that?

any help is much appreciated.

context-free left-recursion
Share
Improve this question
asked May 3 at 13:31 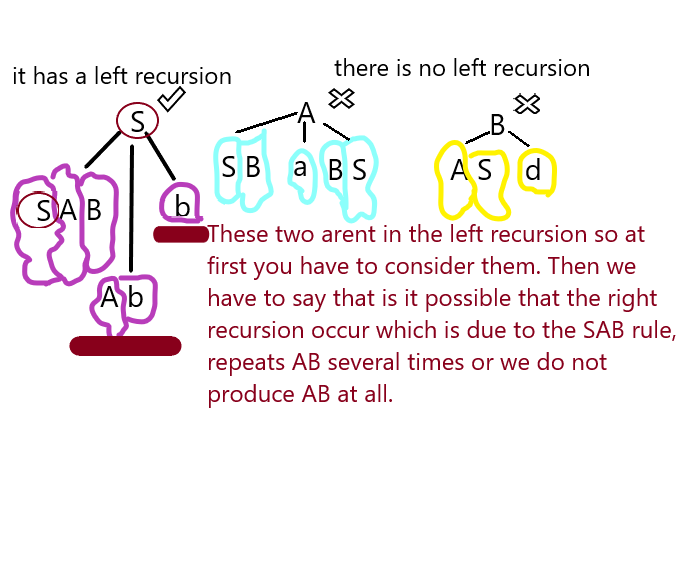 So our problem is the tree with the S root. I come and look at the children of the S root, there is only one child who starts with S from the beginning of the left of child, so I just have to correct one left recursion to right recursion,

Not the answer you're looking for? Browse other questions tagged context-free left-recursion or ask your own question.