Proof of Correctness : Arranging the sheep 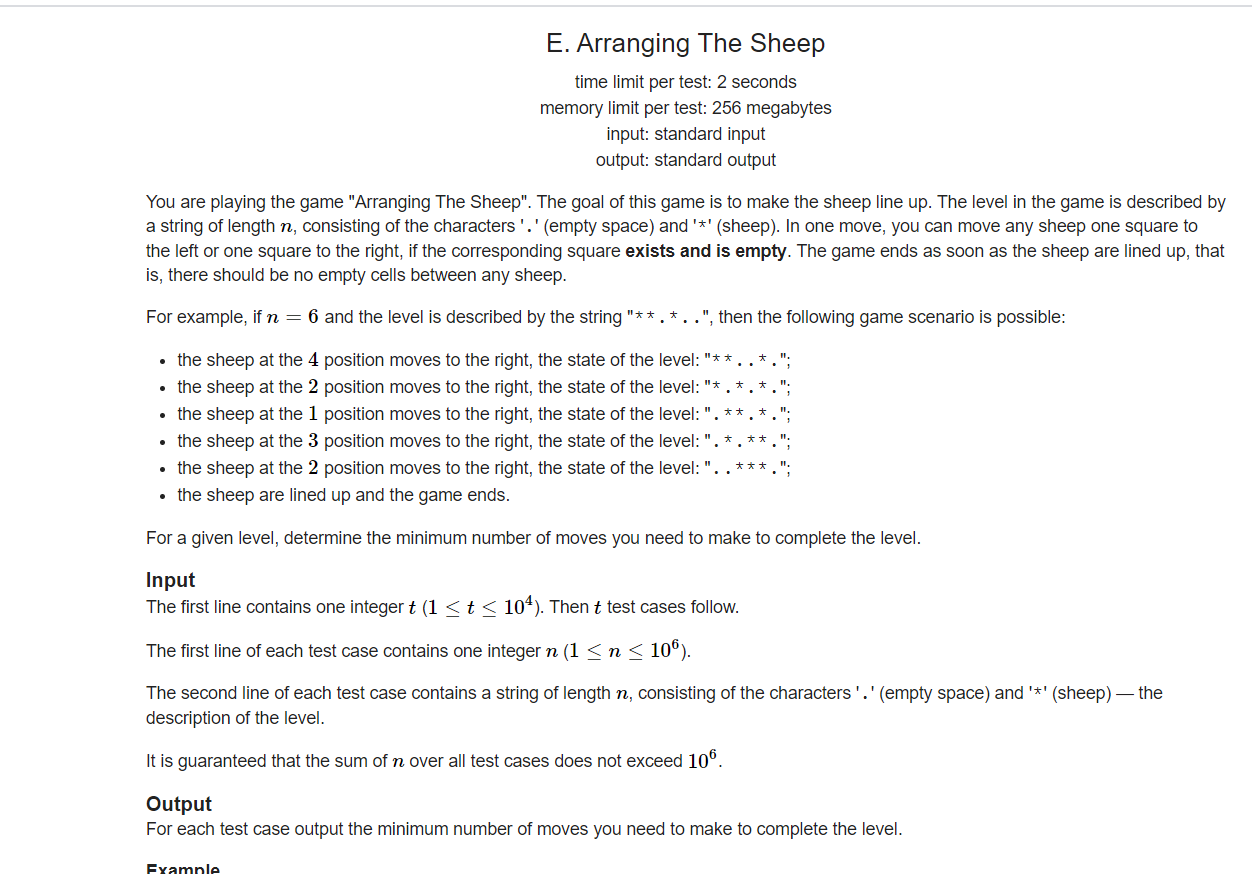 I was able to solve the problem by using another approach but had to use 4*n auxiliary space, where n is the length of the input string however the solution given in the editorial is way more efficient

It basically says to choose the sheep whose number is ⌈k/2⌉ as pivot.(In the editorial they gave it as n/2 which is wrong. Consider it to be k/2, where k is the number of sheep in the given string.)

Here's my doubt Why sheep at present at ⌈k/2⌉ should make 0 moves to get an optimal solution. I've searched the internet but couldn't find the proof. Can someone give me a generalized proof for this?.. Thanks in advance :)

Note :- The editorial link has the solutions for all the problems. Scroll down to find the editorial for Arranging the Sheep problem.

The reason is instead of aligning the sheep at the edge, you want to align them at that sheep.

Since the solution takes less steps than the m solution, we know m makes at least one step, and all j > m also make at least one step. If instead we use m as pivot, we save either one or zero steps, as now the lower half has to make the same steps instead, but that is at most one more than the upper half had to do (because there is at most one more sheep in the lower half). Together with the step m doesn't need to make, we get the contradiction that the m solution has to be at least as good as the i solution.

Not the answer you're looking for? Browse other questions tagged algorithms algorithm-analysis greedy-algorithms correctness-proof mathematical-programming or ask your own question.