DAG: When adding an edge that would normally result in a cycle, is there an algorithm to split the graph instead?

Normally, when attempting to add an edge to a DAG that would cause a cycle, you instead detect the situation and abort. I'm seeking an algorithm that will instead attempt to add the new edge anyway, modifying the graph such that it still represents the same tree, potentially partially decompressing parts of the graph in order to avoid the cycle.

Does an efficient algorithm to do this already exist? I have been unable to find one in a perfunctory literature search, though I am not aware of the proper terminology for this operation, if one exists. 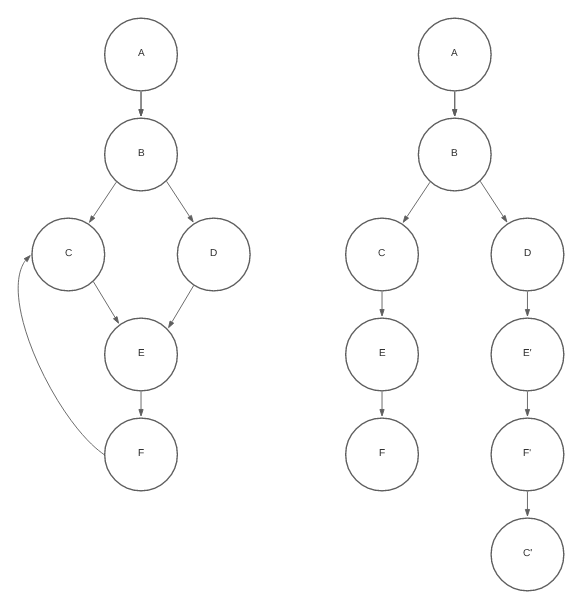 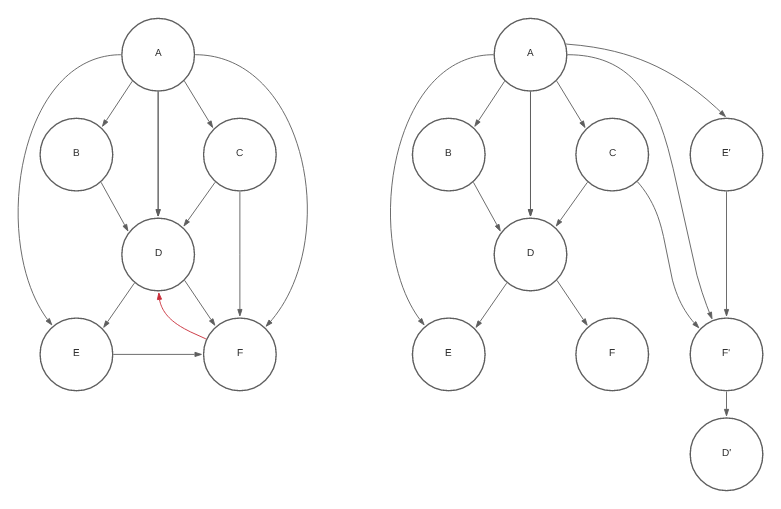 This graph is a compressed version of this tree: 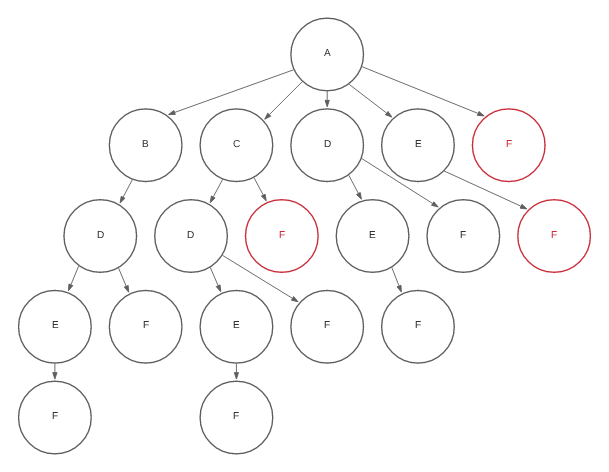 where the highlighted copies of F are where placing D as a child is permissible. As you can see, these three nodes correspond to the three ways of reaching F' in the previous figure.

In the game of Go, there is, in certain rulesets, the idea of superko, which forbids repetition of a previous board state. Such positions are usually very rare in practice. In order to efficiently search the game tree, we would want to take into account transpositions of sets of moves which leave the board the same, which is why a graph structure is useful, but in situations where a superko is possible the history of the position is also important, not just the current situation. So while F->C would be a legal move normally, it is only a legal move in situations where C is not part of the node's history, i.e. we went through node D instead of node C. So we would need to consider the cases separately.

I am aware of the DAG cycle detection algorithm, and it seems like it might be easy to adapt this algorithm to perform this task, but I cannot seem to make it work. I am also aware that it is not always possible to split a graph in this manner to remove the cycle.

algorithms graphs dag board-games directed-graphs
Share
Improve this question
edited May 17 '21 at 19:23
OmnipotentEntity
asked May 14 '21 at 16:12

I think one possibility is do the naive thing, and whenever you find a backedge $u \to v$ (i.e., where $v$ is an ancestor of $u$ in the search tree), duplicate the subtree rooted at $v$, one duplicate per edge out of $v$.

Given an edge $u \to v$, there are various ways to test whether it is a backedge. The naive way is to traverse the path from $u$ to the root (by following parent pointers) and see if you ever visit $v$. A fancy way is to use an algorithm for least-common-ancestors on a dynamic tree.

Any graph of this type can be represented using this simplified model (left): 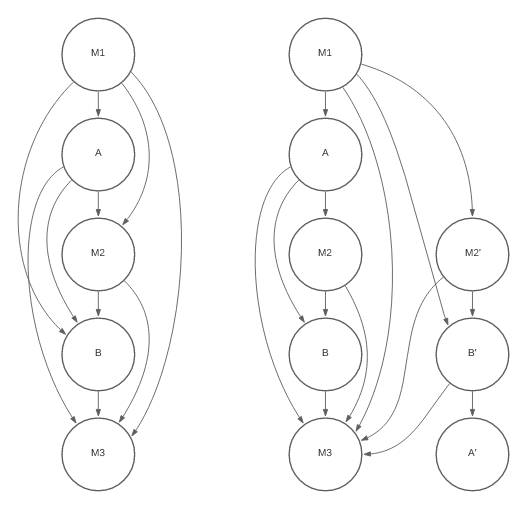 So this problem can be solved with $O(n)$ lookups using pretty much any general reachability algorithm.

Not the answer you're looking for? Browse other questions tagged algorithms graphs dag board-games directed-graphs or ask your own question.

0
Checking whether a node is expandable
1
Generating project network graph
3
Merging nodes of a DAG
1
Extracting a spanning tree from a directed acyclic graph with minimum total distance between terminal nodes
2
Does topological sort exist for any complete directed acyclic graph?
0
MST - algorithm to add an edge to the graph
2
Building a game tree from a board game
3
Maximum number of distinct nodes that can be visited on a single walk