Confusion about the definition of "Exponential Average"

I was having doubt regarding the concept of "exponential averaging". Till now I have come across the concept twice and they seem to be quite similar (except that they have minor but sharp differences, which sort of confuses me). Once in Operating System and another in Computer Networks.

The above picture is from Galvin OS text, which associates $\alpha$ (smoothening factor with the actual value , here actual CPU burst time). 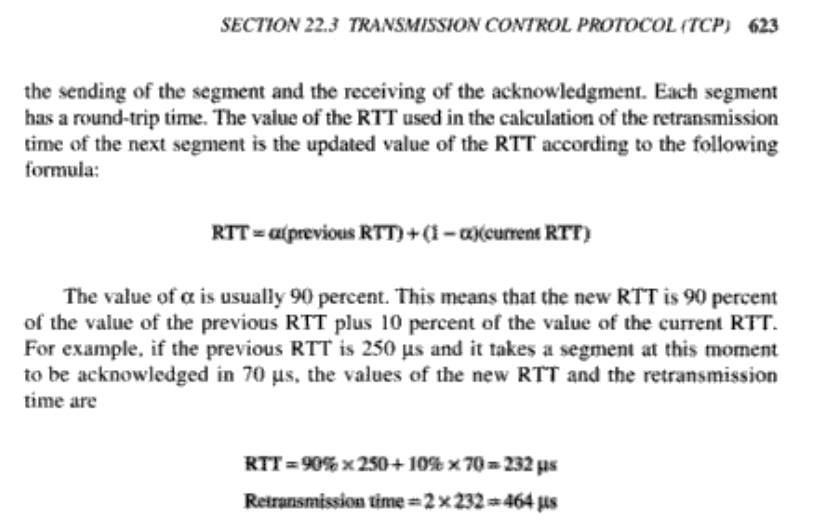 The above picture is from Forouzan Computer Network text where the $\alpha$ is associated with the estimated value (of RTT). 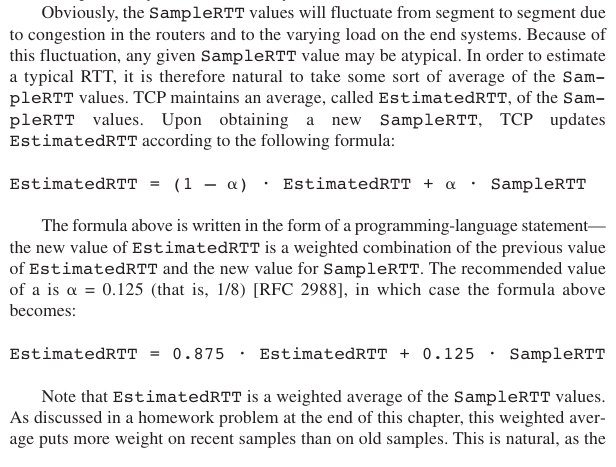 Is there any standard definition of this concept? It kind of seems confusing to me.

operating-systems computer-networks
Share
Improve this question
asked May 15 at 21:49

Browse other questions tagged operating-systems computer-networks or ask your own question.

1
processes response time confusion
3
Confusion about compiler and assembler
3
CSMA/CD with binary exponential backoff: Do both back off or just the loser?
3
How can average queuing delay exceed 1 if the $La/R \leq 1$?
1
Tearing down the FSM description of congestion control
0
Where are process pages stored - in the swap space or under file system? Can demand paging work without space space?
0
Understanding how internal fragmentation occurs in systems using only paging with huge page size