Is this a general compression algorithm?

I'm aware that an algorithm that compresses every input doesn't exist (by the pigeonhole principle), however I tend to think about the problem sometimes and I came up with a (flawed, but why?) idea:

Suppose a file, or whatever it is that will be compressed. It can be represented with a number (we can actually invert the bits if the first binary digit of the file is one, and indicate whether we've flipped them or not, since computers work based on bytes, but that is detail) if we treat its bits as the base-2 representation of the number. Let such number be $n$.

Noting that $x^2$ is equal to the sum of the first x odd numbers, we then express the squares, logically, to better understand the idea, as shown in the image: 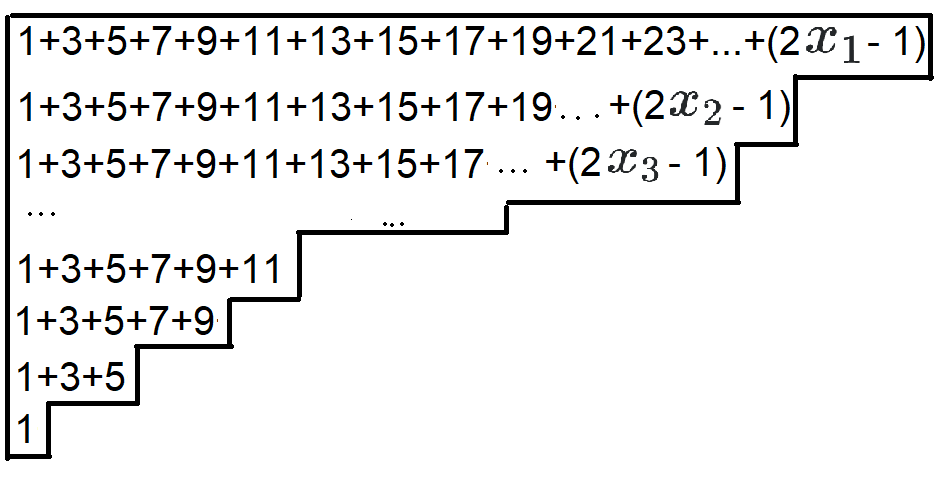 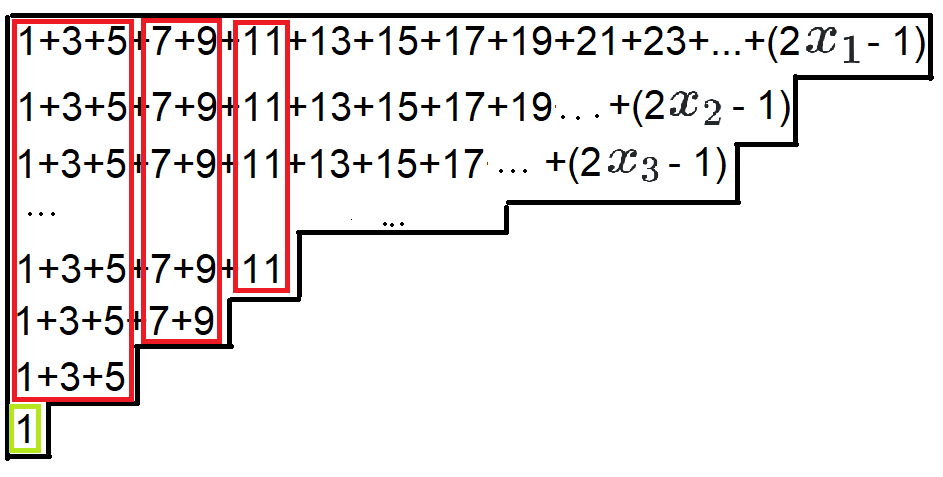 Abstracting a bit more, given the following image: 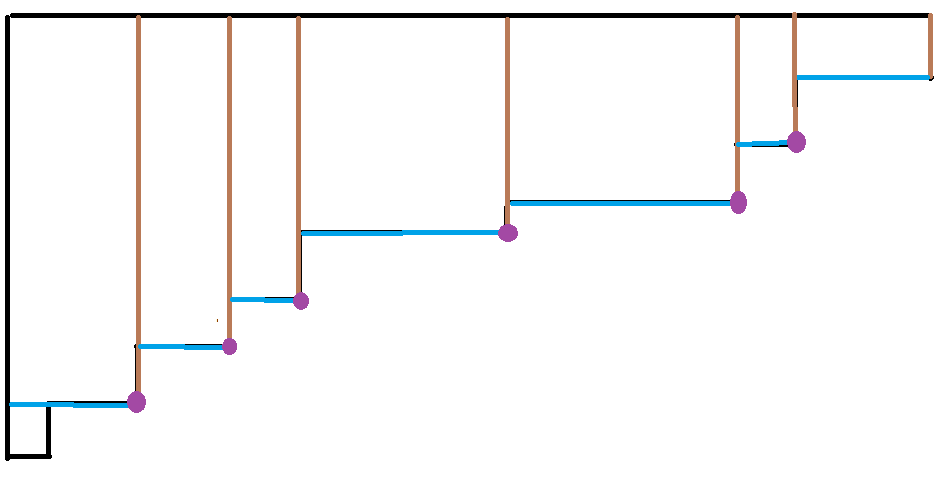 If we know the purple points, we know the figure and, thus, we know $n$. In order to specify the purple points, we need to specify the distances in blue and the distances in brown. The vertical side of the polygon is of order $O(\log(n))$, since it is related to how many initial squares we had. The vertical side, on the other hand, is of order $O(sqrt(n))$, since they're related to $sqrt(n)$ (the representation of the square root).

Maybe it is possible to represent the first brown distance with fewer bytes increasing its exponent or tweaking it somehow. I had an idea in mind but I just realized it's flawed. And the blue distances would need to be represented (they can be taken as a new $n$ and all the process repeated again).

Anyhow, I am sorry if the explanation is a bit messy. I just had to share my ideas and ask whether it's worth implementing something related to the idea above in order to test it, or it is a waste of time. That is, if the approach is good (most likely, perhaps impossibly likely, as said in the beginning, to not be the case). Thanks! Edit: it is proven to be impossible to compress every input, what I meant to ask was whether this approach would be useful for most of the inputs or thoughts on the approach in general and why it doesn't work.

At its core what you propose is splitting a number $n$ into two, a square part and a remainder:

So in total we're actually roughly one bit worse off in the worst case. Note that the above is kind of sloppy, but should give you an intuition as to why it doesn't work. If you want to prove that it doesn't give you general compression, just use the pigeonhole principle - it's much simpler.

The information theoretic argument -- the so-called pigeon hole principle -- also shows that it is impossible to compress "most" inputs. You can only compress a minority inputs, and the fraction of successfully compressed inputs decreases with increased compression.

Suppose we were compressing bit sequences of length $N$. There are $2^N$ such sequences. As a very modest goal, we'll just compress the sequences by one bit, so that the compressed result has $N-1$ bits. But there are only $2^{N-1}$ different sequences of $N-1$ bits. So half of the original sequences cannot be represented with $N-1$ bits. Since we have to be able to represent any possible input, at least one of the $(N-1)$-bit sequences must be the prefix of longer encodings, and thus is not usable as a compressed code. So the number of compressed sequences must be less than half of the total number of possible inputs. And that's a compression system with miniscule compression.

An important aspect of the above is that bit sequences do not have an intrinsic length. If the sequence is variable-length, the length must somehow be encoded, adding to the length of the encoded sequence.

Or in a possibly more intuitive sense, you cannot encode a single number into a list of smaller numbers without also accounting for the commas (or whatever) which separate the numbers in the list. Without commas, you couldn't know whether 234 represented 23,4 or 2,3,4. So you can't say that the encoded list is just three digits long.

Not the answer you're looking for? Browse other questions tagged discrete-mathematics data-compression or ask your own question.

2
Temporal compression protocol
1
What is the Code2 and other concepts of variable encoding in Coding Redundancy?
2
Design an algorithm for efficiently computing the k smallest numbers of the form a+b*sqrt(2)
7
Voronoi Diagram Drawing Variations and Charateristics
4
Separating the snakes
1
Find repeated patterns in a string via lossy compression
1
Video compression algorithm
1
What is a de Bruijn sequence exactly?