Find coordinates of points when distance is known amongst them

Distance between a point and it's nearest 3-4 points are known i.e the displacement.

Now I want to assign x and y coordinates to them assuming one point as (0, 0).

The origin point can be taken as input from the user. But nothing more than that.

Distance between A & B = Given

Distance between A & F = Given

Distance between A & c = Given

So on, distance between all the points are given. 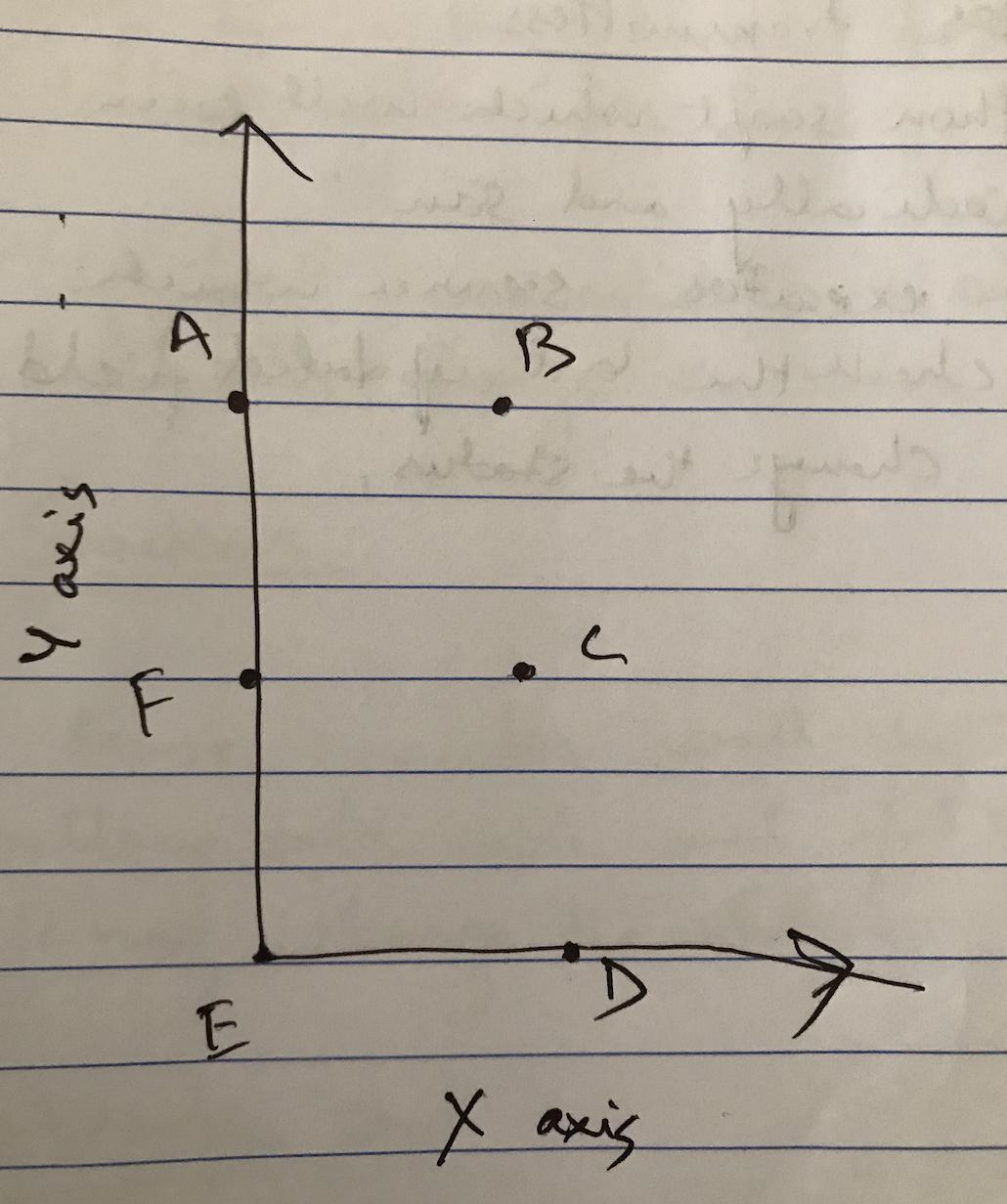 The question is not specific to 6 points. The number of points can be dynamic. Maybe 30, maybe 40. 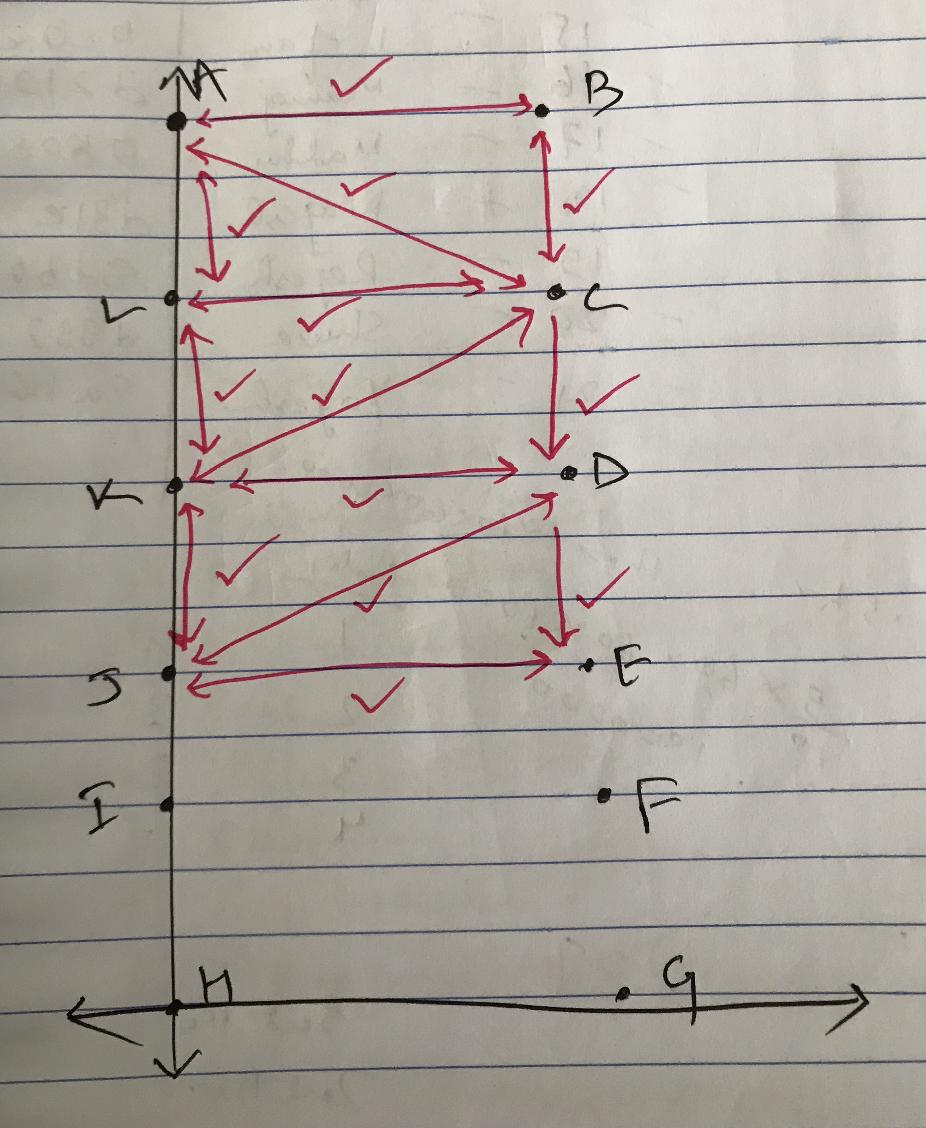 driftking9987driftking9987
10122 bronze badges
New contributor
driftking9987 is a new contributor to this site. Take care in asking for clarification, commenting, and answering. Check out our Code of Conduct.
$\endgroup$
8
|  Show 3 more comments

Browse other questions tagged algorithms computational-geometry or ask your own question.

5
Find point with smallest average distance to a set of given points
4
Find the shortest OPEN path connecting a set of 2D points (special case)
2
How to find the original coordinates of a point inside an irregular rectangle?
8
Algorithm for solving planar constraint problem (“Pokemon Go monster finding”)
3
Possible solutions how to find all points (given by lat, long) that are within a radius from main point
1
Is there any better way to find the closest points' distance?
3
Find plane within margin of error of >50% of points
4
Minimizing total distance traveled by points in points cloud transformation
2
Looking for an efficient algorithm quickly find the nearest line (defined by perpendicular distance) to an arbitrary point