What is the difference between these 2 dfas for binary strings ending with 00? 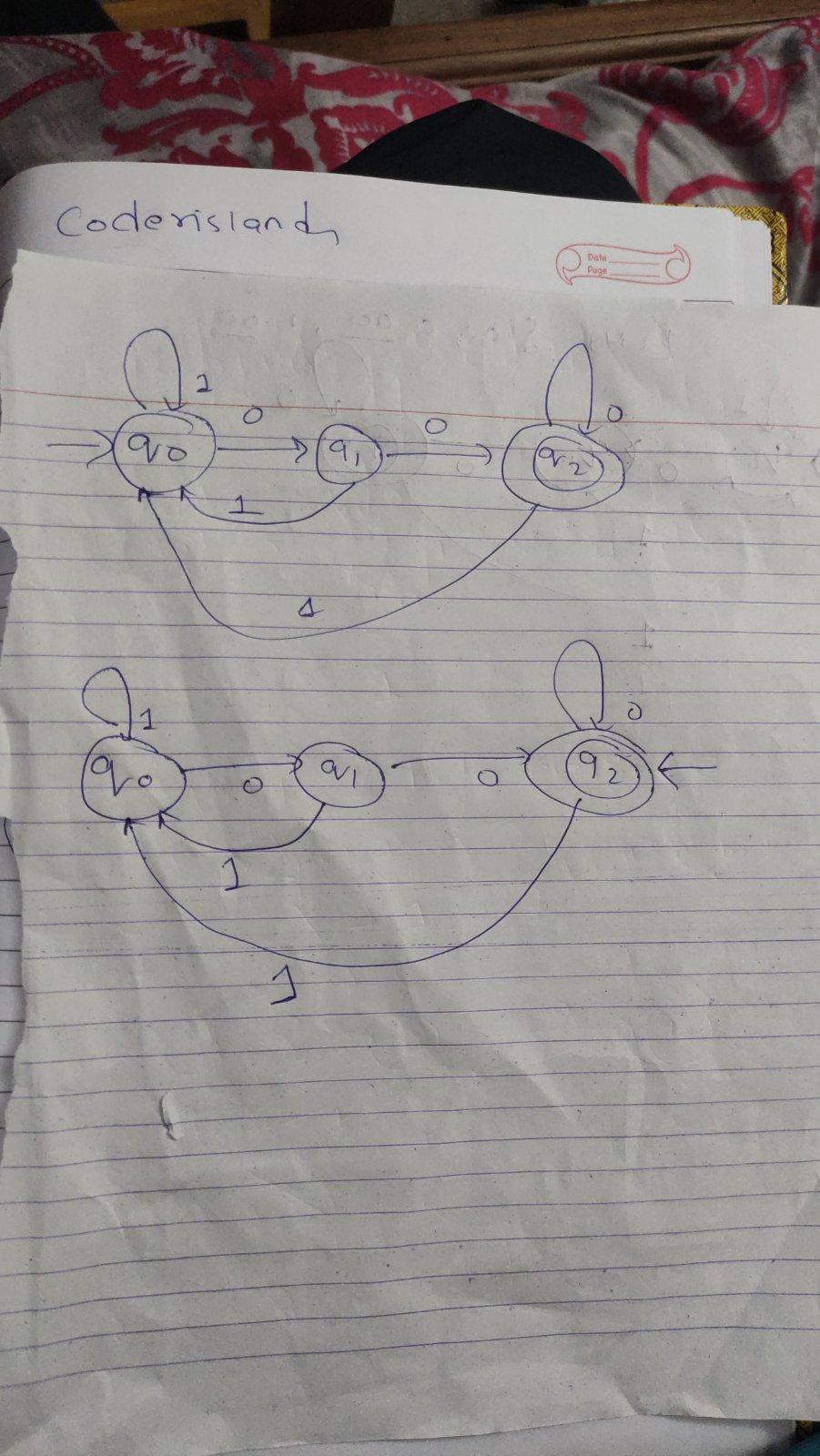 The first one is from unreputed youtuber whereas second one is from reputed university called adiuni course of theory of computation.

Now I know what that second figure means, it means it also accepts $\in$ as initial state=final state, but

How is $\in$ divisible by 4? What does that even mean?

The first DFA is correct, and the second is incorrect. When we say a string ends in 00 we imply that it must have at least two characters. So, it can't be the empty string, and it also can't be the single 0 string.

This dfa should accept all binary divisble by 4. But how is nothing(it is not zero mind that) divisible by 4?

3
DFA that accepts decimal representations of a natural number divisible by 43
1
Model marbel toy with finite automata
1
How do I show that a DFA accepts only one word?
0
How to make a NFA (or DFA) from $\varepsilon$NFA?
5
DFA, lower bound on number of states, language with primes and remainders
0
finite automata that accepts integers divided by 3?
0
Construct an equivalent NFA for the given regular grammar
1
Finite automaton for all words whose length $n$ satisfies $\operatorname{gcd}(n,504) \geq 6$