When you convert epsilon NFA to NFA, how do you decide the final states of resultant NFA? 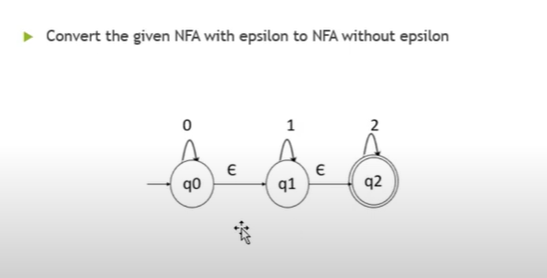 THIS is the transition table for NFA-:

My question-: What are the final states of this nfa?

Another youtuber solves the same problem but gets different answer-: (exactly what I am telling and tbh this makes more sense than the first one) 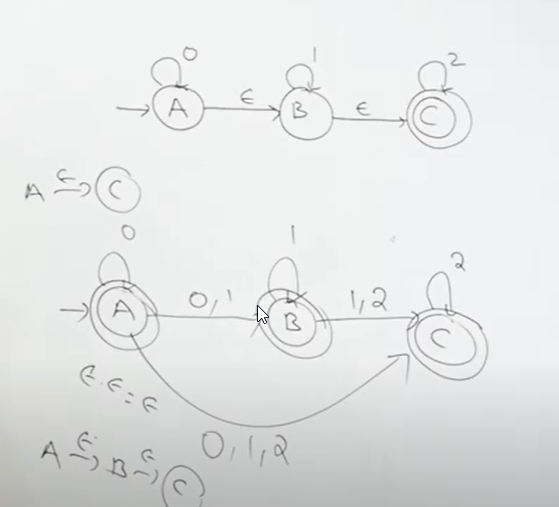 Then this neso academy video does the same (as I said).

In short your assumption: "I think q0, q1 and q2 all are final states." is true.

This also works when removing $\varepsilon$-transitions.

Not the answer you're looking for? Browse other questions tagged formal-languages finite-automata nondeterminism or ask your own question.

0
epsilon-NFA to DFA conversion - What will be the final states and do we need to create empty state in DFA?

0
Number of Final States Subset Construction for NFA to DFA
1
Is this language countable : $L= \{ w : w \in (1 + 0)^{*} \}$
3
Why is this automaton considered DFA?
1
Conversion of $\epsilon$-NFA to a DFA
0
epsilon-NFA to DFA conversion - What will be the final states and do we need to create empty state in DFA?
1
Minimal DFA produced by equivalent theorem vs Myhill nerode theorem are different. What is happening?