What is the point of encoding universal turing machines? 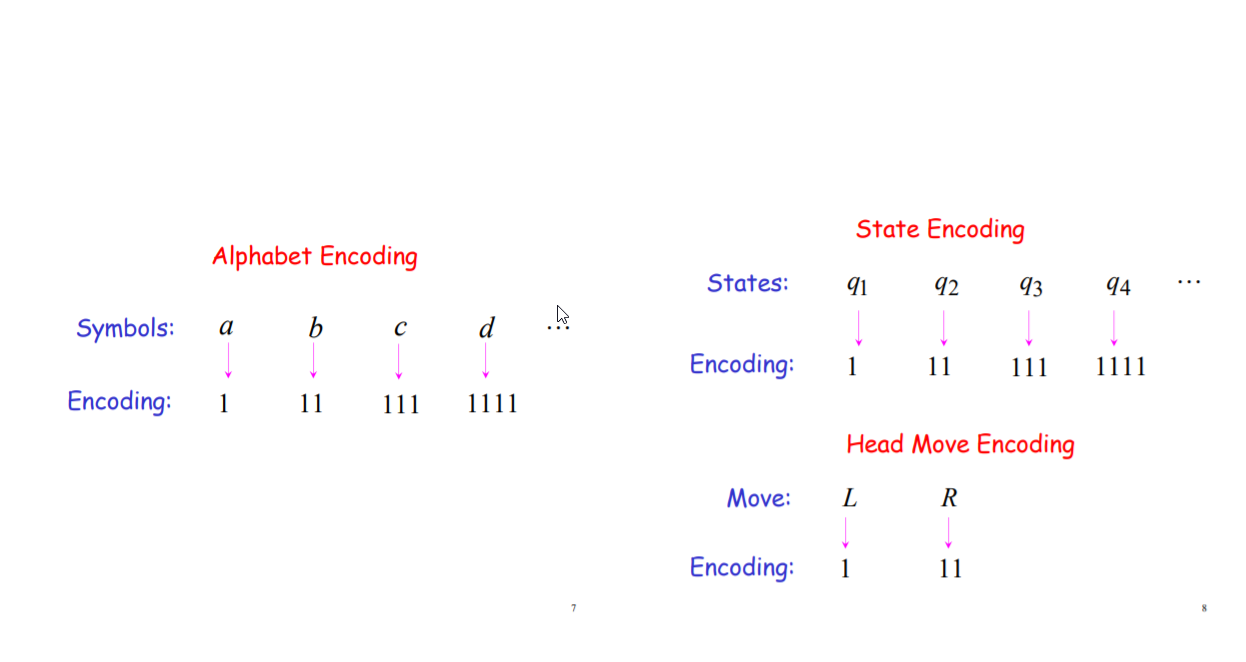 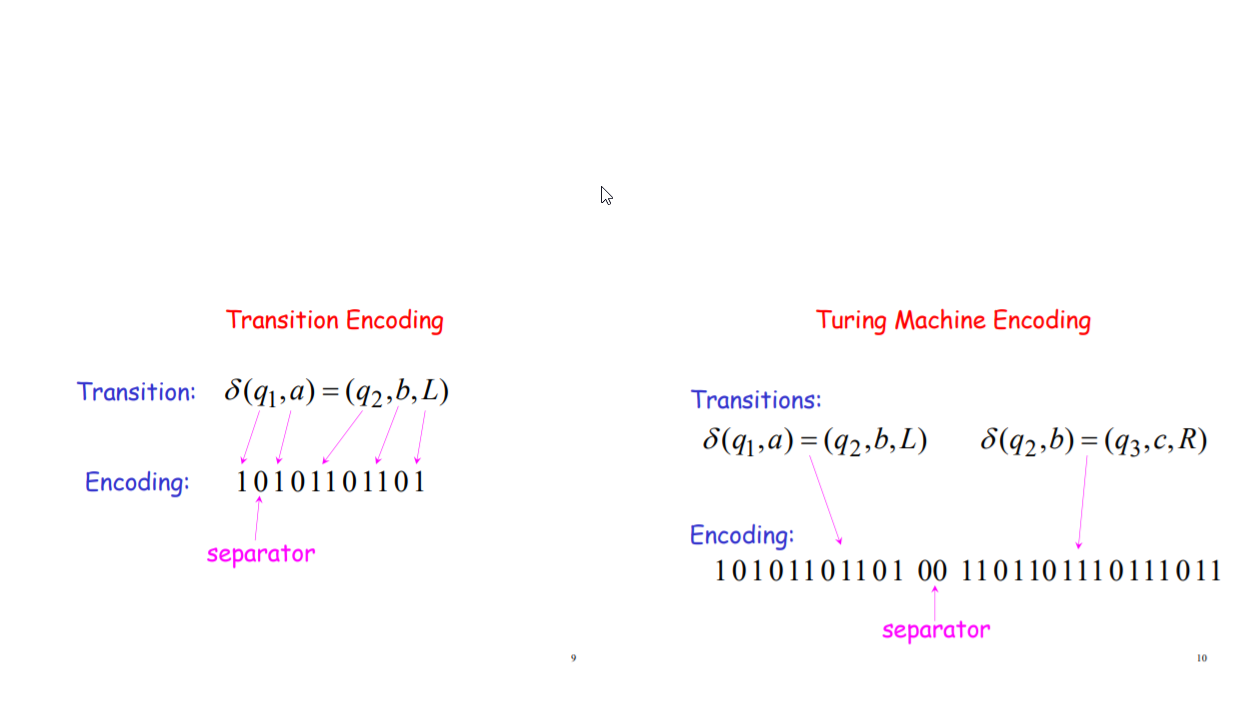 Please share some insights. PS I have seen different encoding in different slides, are all encodings fine?

It does not matter whether we are thinking about Turing machines or actual computers that you use every day – they all encode information all the time.

A computer can process only sequences of bits $0$ and $1$ (and even $0$ and $1$ are further encoded as electrical signals). It cannot process any text, nor images, nor sound directly. All data that is ever processed by a computer is encoded using $0$'s and $1$'s. I hope that's clear.

The input taken by a Turing Machine is a finite string; therefore in order to be passed as an input, a TM must be rendered into a string that unambiguously describes it. Without establishing the existence of a formal encoding the idea of passing a TM as input would be a poorly-defined procedure.

The slides you have attached show a binary encoding is used with unary values and zero as a separator symbol; this is not the only possible encoding and encodings do not have to be strictly binary, any fixed-size symbol set will do. However, binary is often preferred because of its simplicity, the analogy to real-world binary computers and to show the power of TMs even with very limited symbol sets. Any encoding that uniquely describes any TM with a finite set of symbols works – the important thing is that we know encoding a TM as a finite string is possible.

As for programming: one particularly interesting outcome of encoding Turing Machines is the existence of the Universal Turing Machine: a TM that, for some selected type of encoding, is capable of simulating any thus encoded Turing Machine given to it as an input and determine its state, tape contents and head position after an arbitrary number of steps. This is important for two main reasons: it is the theoretical cornerstone for the idea of a programmable computer, and it is exceedingly useful for almost any theoretical work on the computability of various properties of TMs.

In a nutshell: Suppose there is no encoding, but the initial specification of the Turing Machine (TM). Then the universal Turing machine (UTM) has in its tape alphabet all the tape symbols of the simulated TM. Since it can simulate any TM, and there is no bound on TM tape alphabet size (though each is finite), the UTM must have an infinite set of tape symbols. This is not permitted as all (U)TM must be finitely specified.

First we must at least agree on a standard format to represent TMs, so that we can define them precisely, and use them for proofs or hand simulation. This representation must be a string since it is intended to be put on the UTM tape. Basically we use a state alphabet and a tape alphabet plus a few other symbols such as L and R, and a variety of punctuation symbols, so that we can represent each of the transitions. Then we can represent the TM as a long string composed of all the small string representing the transitions, plus various details that may be needed such as the initial state and the list of accepting states, and a few symbols to separate the string components and read them when needed.

A universal Turing machine (UTM) is a TM that will do that same simulation of $M_\xi$ when provided with a tape containing the specification of $M_\xi$ and the tape content on which $M_\xi$ is supposed to compute.

A first reason is very simple. The UTM is supposed to be able to simulate all machines, but its tape alphabet may not contains the symbols used in the TM specification $\xi$. Fortunately, all specifications are defined up to symbol renaming. This allows us to replace any set of symbols (alphabet, state set, ...) by another such set of the same size. Thus we can replace all the symbols in $\xi$ by symbols in the tape alphabet $\Sigma_U$ of the UTM. This may be seen as a very simple encoding. But it is not enough.

The next problem may be that the tape alphabet $\Sigma_U$ is too small, smaller than the number of distinct symbols in $\xi$. Whatever the design of the UTM, this is bound to happen because a UTM must have a finite tape alphabet, but there is no bound on the (finite) size of TMs.

The answer to that is to encode the symbols in $\xi$ not with symbols of $\Sigma_U$, but with a set of strings chosen in $\Sigma_U^\star$. And there is an infinite number of them.

There are other reasons why this encoding is necessary for the TM to be simulated by a UTM, but this at least tells you why you cannot do without it.